Caroline Kangogo’s brother, Mark Kangogo has revealed that they are going to give the deceased a descent burial despite the fact that she is still a murder suspect. 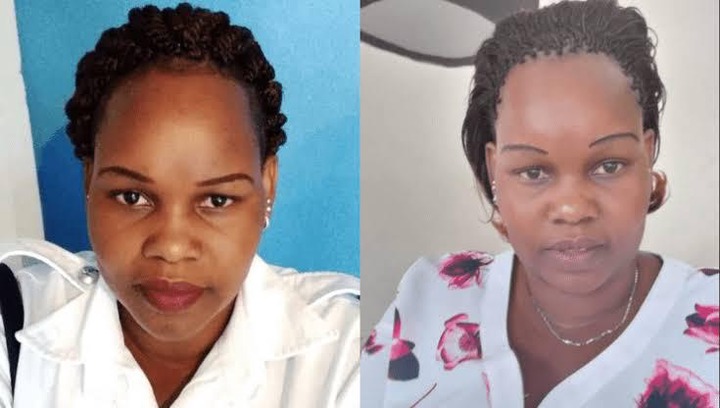 In a statement which has been given by the Star Magazine, Mark Kangogo said that he loved his late sister and is going to love her regardless of all the things that are being said about her.

While reacting to this incident, Kangogo’s father, Kibor Kangogo claimed that despite the fact that they were forced to postpone their initial burial plans, they’re going to make sure she receives a descent burial.

In an incident that sparked alot of angry reactions from the family and friends of the deceased, their burial plans were postponed after the government Pathologist failed to conduct a Postmortum investigation on the body of the deceased.

Reports given by the government Pathologist revealed that he was alerted late and so due to this reason, he was forced to push the Postmortum date since he was attending to another patient.

However, the family became hopeful after the director of criminal investigations revealed that the Postmortum was going to be carried out on Tuesday. 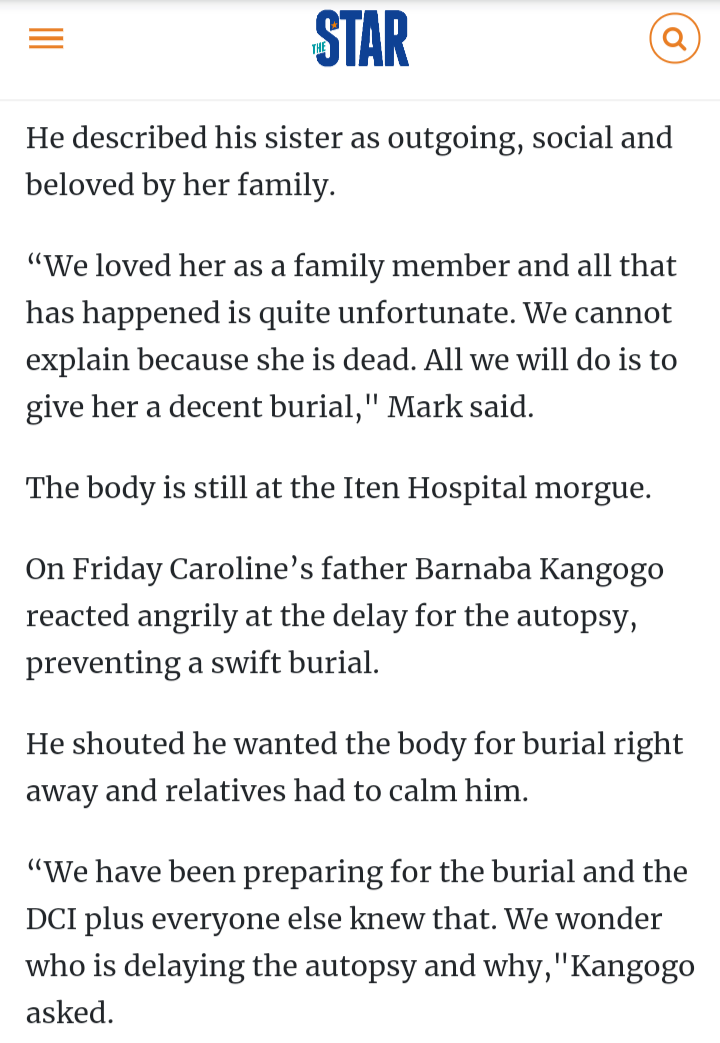 The deceased who allegedly shot herself in her Parent’s bathroom became a murder suspect after investigations linked her to the death of two men who she allegedly shot for unknown reasons.

Constable John Ongweno , a police officer based in Nakuru was found dead in his car moments after which Peter Ndwiga was also found dead. Reports given by DCIs revealed that Caroline was at both crime scenes making her the prime suspect. 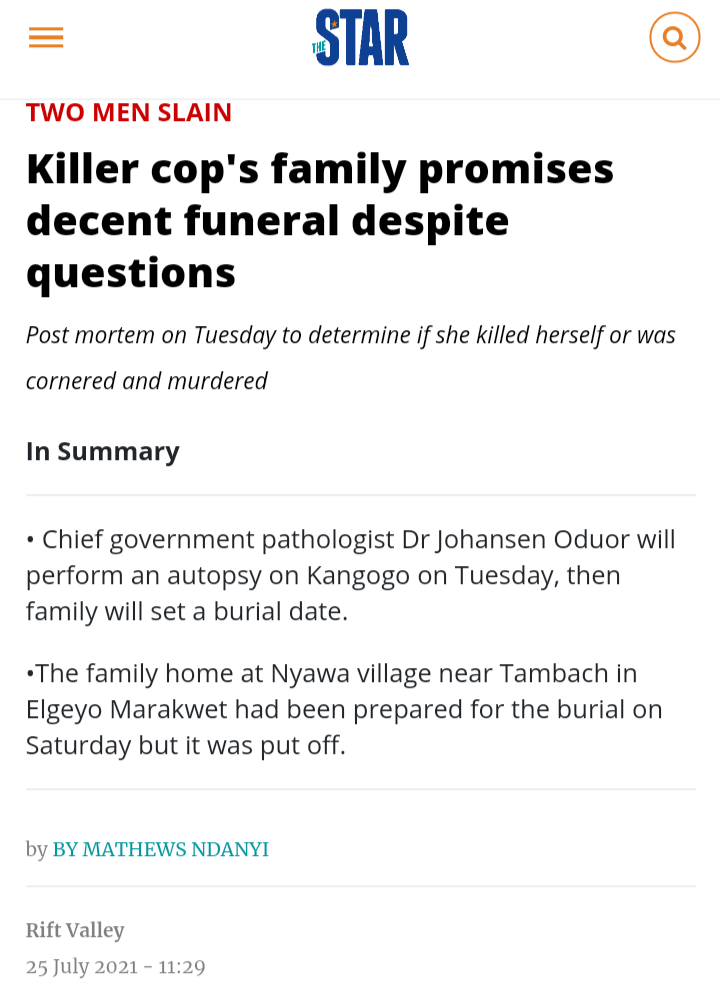 How To Hide Personal Chats On WhatsApp Without Deleting Them