How The Late Wangari Maathai Outsmarted Her Husband After Divorce 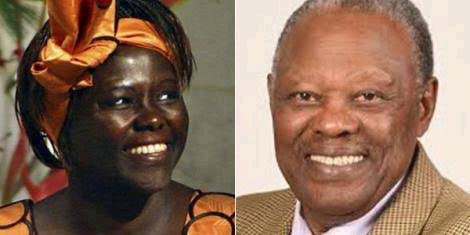 A well-known political, social, and environmental campaigner from Kenya named Professor Wangari Muta Maathai was the first woman from her continent to receive the Nobel Peace Prize.

Her husband, Mwangi Mathai, and she had three children together: Wanjira Mathai, Muta Mathai, and Waweru Mathai.

After splitting up with Wangari for two years, Mwangi filed for divorce in 1979. The couple had separated in 1977.

Wangari was allegedly "extremely strong-minded for a woman" and "uncontrollable," according to Mwangi.

In addition, he claimed that her husband was having an extramarital affair with another MP, which was the suspected cause of his high blood pressure. He also accused her wife of being unfaithful.

After a nasty divorce that received a lot of attention, Mwangi urged Wangari to stop using the Mathai last name because their marriage had ended.

Wangari, being the clever woman that she was, had a plan; rather than changing her name, she added an extra "a" to the name Mathai after the letter "M," giving her the surname Maathai.

She described her suffering after her spouse left their marital home in an interview with the Daily Nation in 2006.

She said that when she returned home one day, the housekeeper informed her that Mwangi had packed his belongings and gone.

Content created and supplied by: TV96 (via Opera News )