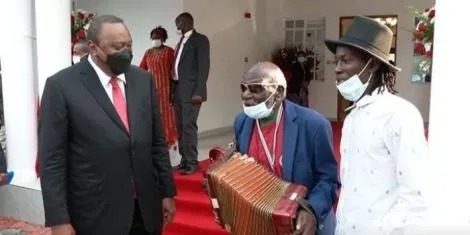 At the sidelines of the luncheon, the President and the musician sang their hearts out to the 70's song titled Mwega ni Uriku by the late Benga artist, Joseph Kamaru.

"Who would be considered a good girlfriend, if my former one broke up with me?" part of the lyrics posed.

After enjoying the songs, Kenyatta presented the musician with a title deed. He was also awarded the Head of State Commendation.

The renowned musician's dream of performing for President Kenyatta was fulfilled having declared that he wanted to meet him in an interview in 2020.

He disclosed that he had entertained former Presidents Jomo Kenyatta, Daniel Moi and Mwai Kibaki

In the interview, the musician decried that he had been living in abject poverty and noted he had not received any payment from the Music Copyright Society of Kenya, despite having two popular albums.

City lawyer Ndegwa Njiru requested the government put up social security fund for the elderly and provide mentorship programmes for them.

"Putting aside money for the elderly is not enough, the artists need to be recognised," Njiru said.

Wanganangu was born in 1930 in Gatukiini village, Gatanga Constituency in Murang'a County. He lost his eyesight five years after birth.One of his most popular songs is Mwendwa Lucy, which he released in 1963. 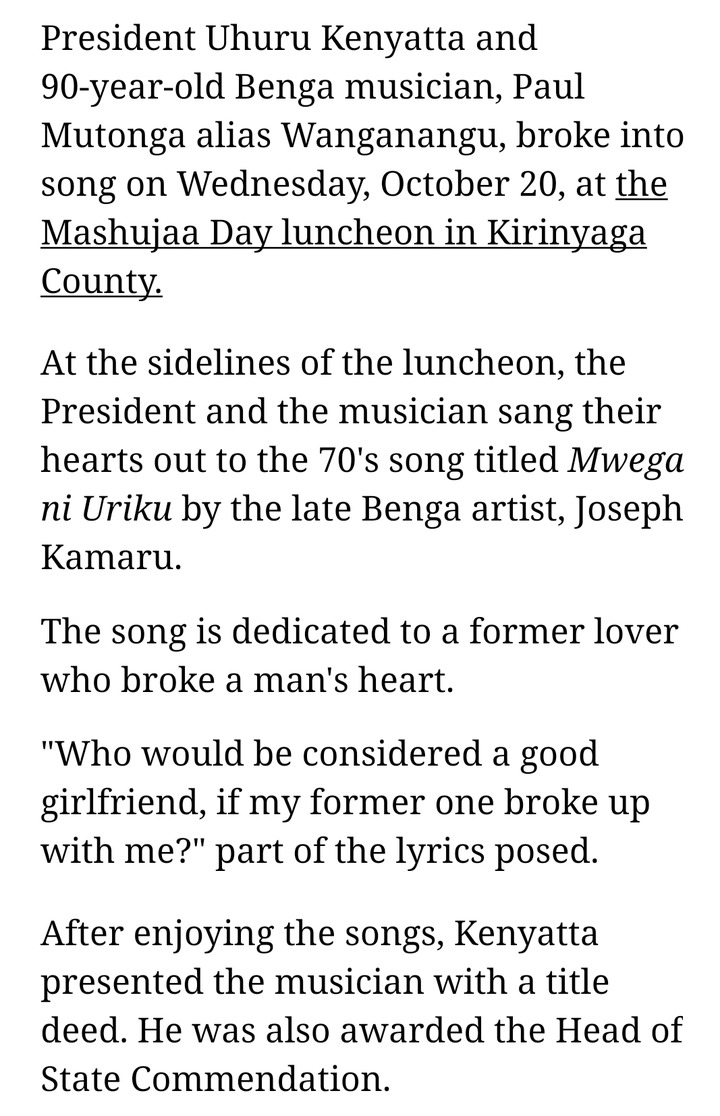