Cardi B: Interesting Things About the Rapper

By AbelKirui (self media writer) | 7 months ago 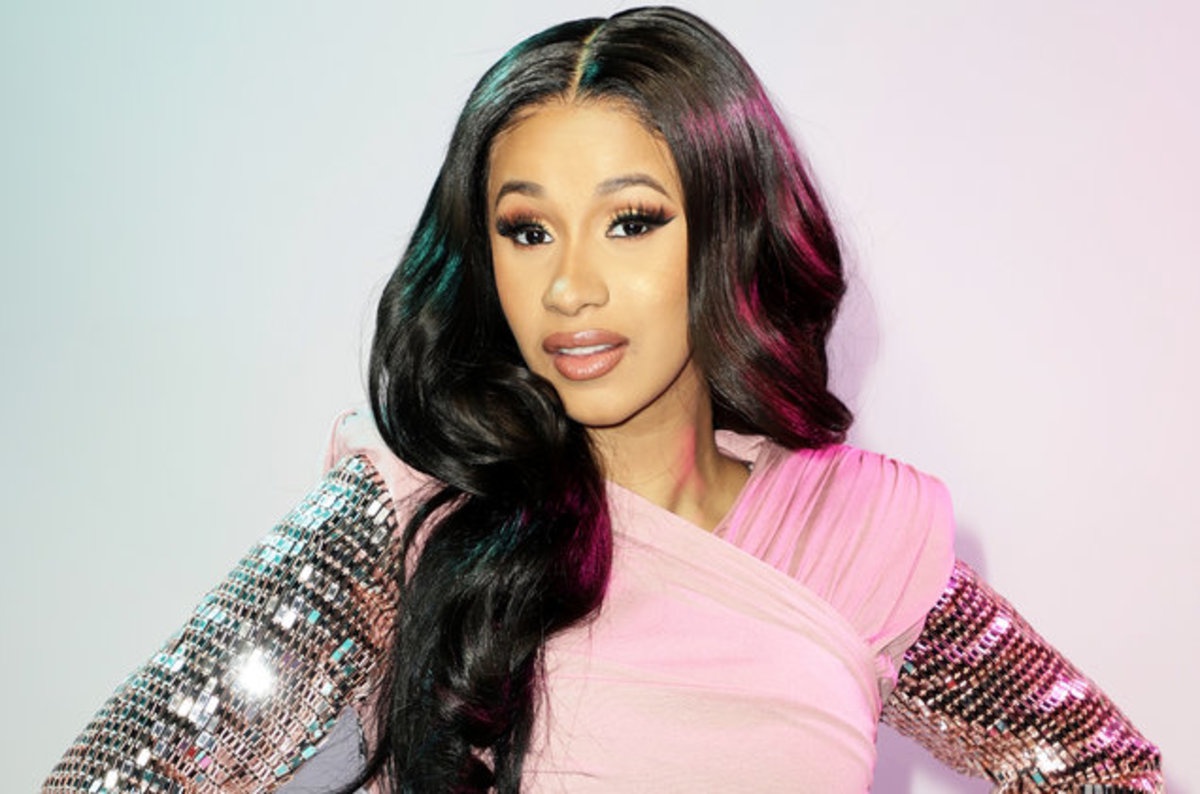 When you find out Cardi B's real name, you will know why she is using a stage name. She was born October 11, 1992, to a Trinidadian mother and Dominican father. They named her Belcalis Almanzar. That is not an easy name to pronounce or remember.

So, how did the 25-year-old Bronx native choose the name Cardi B? Her parents nicknamed her Bacardi. Because it is the famous name of a brand of rum, her request for it to be her professional stage name was denied. Therefore, when she requested Cardi B as her second choice, it was approved.

The rapper has a younger sister named Hennessy Carolina. Cardi B tells the story about her father going to the delivery room after drinking his favorite alcohol, Hennessy at a party. He suggested the name for the baby, and her mother liked it.

Up until five years ago, the public did not know who Cardi B was. In 2013, she started to be known by a small group of people after she began posting videos online. Today, she is a breakout feminist rapper and people are noticing; especially those in the music industry.

In November 2015, Cardi B made her musical debut. In 2017, when her debut single "Bodak Yellow" reached number one on the US Billboard Hot 100 chart, she made music history by becoming the first female rapper since 1998 following Lauryn Hill making her the second-ever female rapper to do so. The rapper won over Taylor Swift.

Her 2018 debut studio album Invasion of Privacy reached number one on the Billboard 200.

At the beginning of September 2017, Cardi B had a net worth of $600,000, according to website Celebrity Net Worth. Following the success of Bodak Yellow, the rapper was worth $4 million by the end of September 2017. That's the same amount as her fiancé Offset's net worth.

With the successful release of her debut album, Invasion of Privacy, her net worth is steadily increasing. When she sang at Coachella, she was paid $170,000, but she did not make a profit. In fact, she lost money on that gig because she paid $300,000 for her own setup. In early 2017, Cardi B began dating fellow rapper Offset of the Southern hip-hop group Migos. They became engaged on October 27, 2017. Offset proposed to her in front of thousands with an eight-carat diamond ring onstage at the Wells Fargo Center in Philadelphia during the Power 99 Powerhouse concert.

On April 7, 2018, Cardi B confirmed her pregnancy on Saturday Night Live. She and Offset will welcome a baby girl in early July 2018. 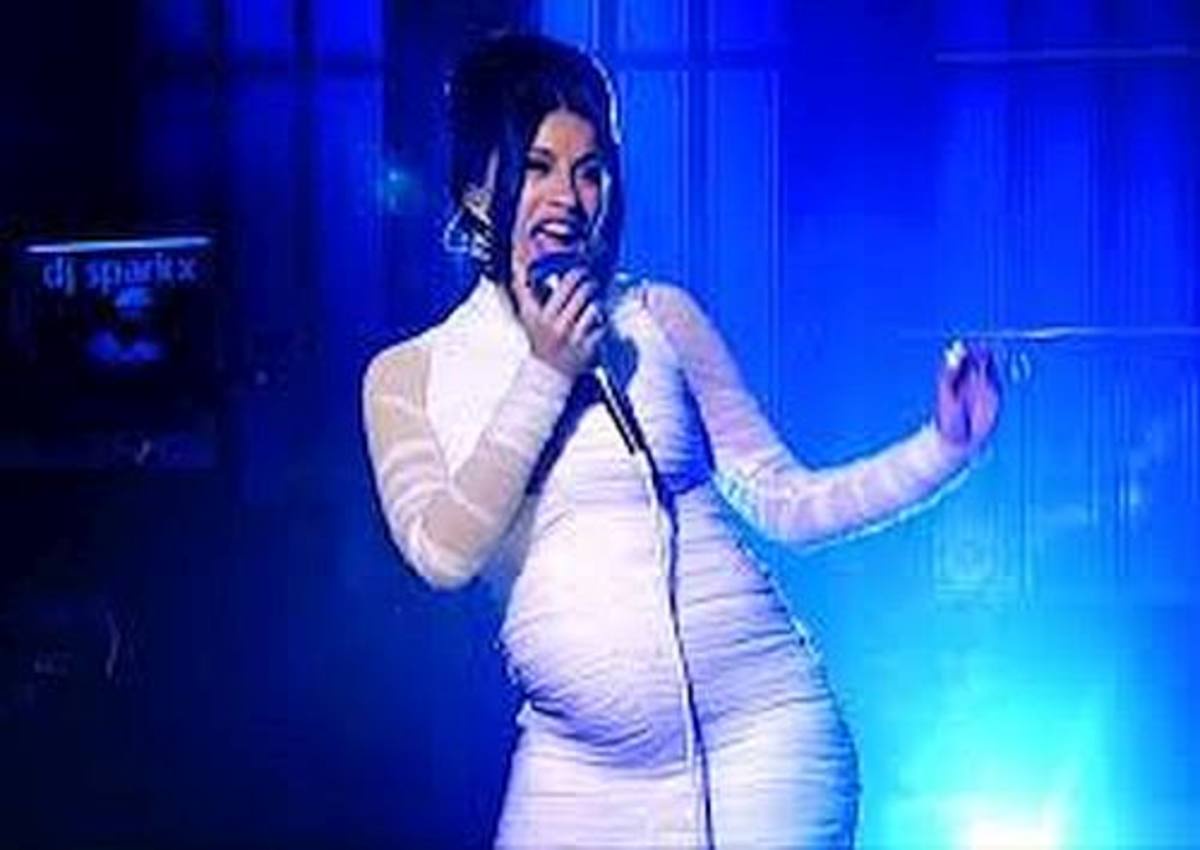 Cardi B is outspoken and opinionated, and some haters call her ghetto. Even so, she identifies herself as a Christian. She often mentions her strong relationship with God during her interviews. The rapper has said on many occasions that she communicates directly with God.

Before her lightning-fast rise to fame, Cardi B worked as a stripper for four years in Manhattan. She doesn't mind talking about her past because she mentions it in her songs. She had a role on Love & Hip Hop: New York, but she gave it up to focus entirely on her music.

The rapper admits that she had a rough upbringing and her background is not a pretty one. However, she did what she had to do to survive.

She joined the Bloods gang at the age of 16. When she got fired from her supermarket job, she turned to stripping when she was 19 to escape an abusive boyfriend. She says stripping was her only way out of poverty and away from her abusive boyfriend. She used some of the money to pay for courses at Borough of Manhattan Community College, but she dropped out before getting a degree.

Cardi B has over 8.1 million fans on social media. Fans seem to love her and can't stop talking about how fast she is moving up and passing long-time rappers.

She has a lot of celebrity fans including Kevin Hart, Drake, Beyoncé, J Cole and Demi Lovato. She is being talked about on daytime talk shows such as The Real and Wendy Williams. She appeared and was interviewed on Ellen.

The rapper posts positive comments from her favorite music stars. It is no wonder Time named her one of the 100 most influential people in the world on their annual list in 2018.

Content created and supplied by: AbelKirui (via Opera News )

3 Favourite Musicians Who Died This Year

It's Toxic; Lawyer Claims What The 'Courtship' Between Ruto And Koome May Lead To