The Media Council of Kenya has emerged and affirmed that indeed there was favouritism in the manner in which the airtime was given to DP Ruto and Raila Odinga by the media. This was in response to protests earlier launched by DP Ruto who claimed that some media stations were biased in their coverage.

The Media Council of Kenya revealed they looked into various parameters to establish whether the allegations were true. Mr Omwoyo who was speaking on Spice FM revealed that ownership of such media stations had influence on the airtime which the two leaders received . 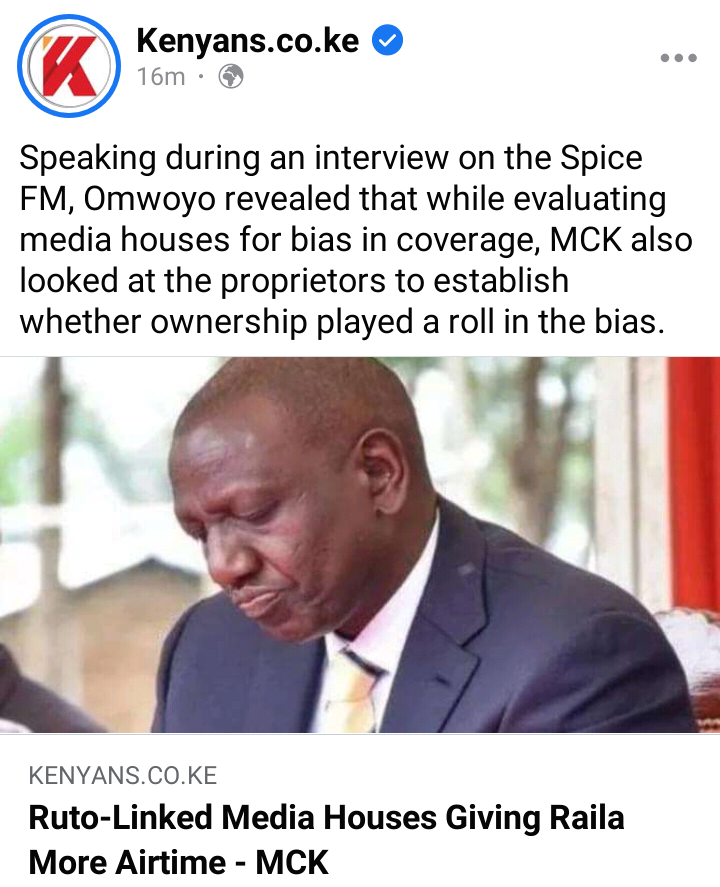 The Council established that ownership played a key role in the media bias. They found out that DP Ruto's media stations have more airtime to his rival , Raila Odinga. 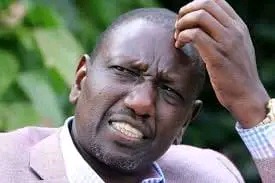 Furthermore, investigation into alleged bias found out that Raila Odinga received a cumulative of 41193.23 minutes on TV between April and June. DP Ruto and George Wajackoyah on the other hand received 20406.95 and 321.11 minutes respectively.

On the radio presentation side, Raila received 14427 minutes. DP Ruto and George Wajackoyah on the other hand received 9155.63 and 29.17 minutes respectively.

Is there any media bias in terms of airtime given by media stations to DP Ruto and Raila ? Share your thoughts.

"Women With Tattoos Are Not Wife Material" Kamene Goro Told By Comedian Obinna On Air.

JUST IN: DP Elect Gachagua Tells President Uhuru That Swearing in Ceremony Will go on Without Him

Philip Kisia: Why Uhuru’s Silence On Ruto's Win Is Good For The Country.