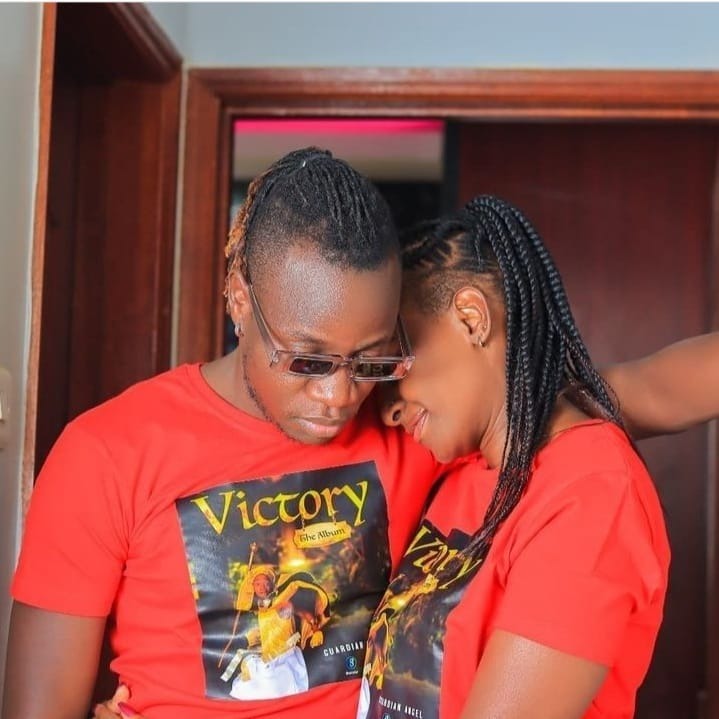 Popular gospel musician Guardian Angel's 51-year-old girlfriend Esther Musila has attracted the attention of social media users with a recent publication on her Instagram page. In the social media post, Esther Musla mourned the death of a person that she revealed was close to her. SHe expressed pain as she recounted how she got to learn of the death. 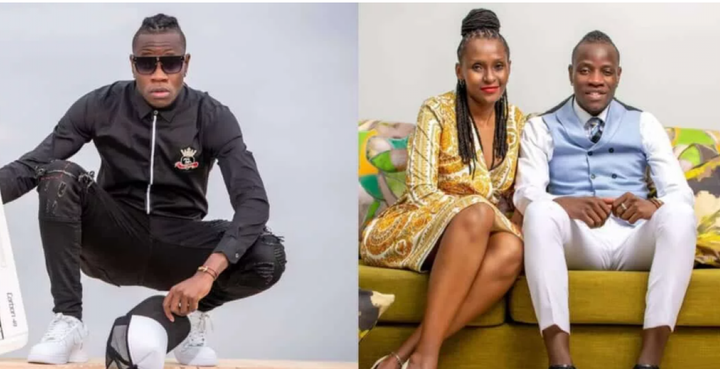 According to Esther Musila, she received a call from the deceased's phone. She was excited as she thought it was her friend who had called to check on her only to be told that the owner of the phone was no more. 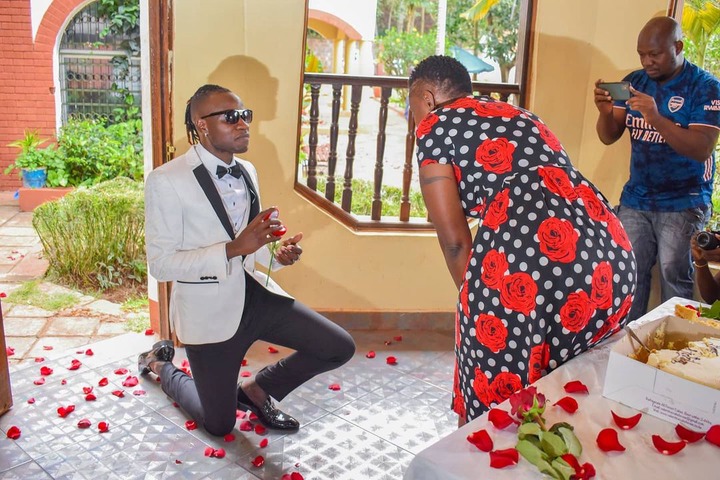 She went ahead to narrate the nature of their relationship citing that the deceased had helped her a lot. While describing the deceased as a very kind person, Esther Musila also pointed out that it will take her time before the news of the sad demise sinks in. 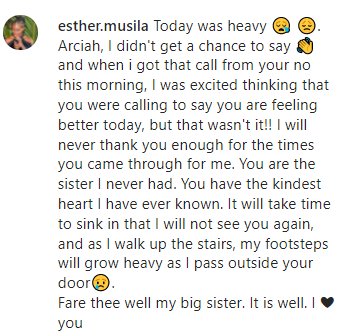 "Today was heavy. Arciah, I didn't get a chance to say and when i got that call from your no this morning, I was excited thinking that you were calling to say you are feeling better today, but that wasn't it!! I will never thank you enough for the times you came through for me. You are the sister I never had. You have the kindest heart I have ever known. It will take time to sink in that I will not see you again, and as I walk up the stairs, my footsteps will grow heavy as I pass outside your door. Fare thee well my big sister. It is well. I ❤ you," Esther Musila's social media post read.

Gloves Off As DP William Ruto Turns On President Uhuru Kenyatta, Exposes Him To The People Of Coast

"Kalonzo Pocketed Ksh10 Billion To Back Down To Raila," UDA Claims As Kalonzo Fights Back At Them