Students from South Eastern Kenya University have called upon the director of criminal investigation to conduct an investigation following a Deadly attack by rogue Boda-Boda operators that has left one of them fighting for his life.

According to the reports given by one of the witnesses, he claimed that a group of rogue Boda-Boda operators reportedly attacked the man beating him to the extent where his head was bleeding profusely due to unknown reasons.

James Kyallo not his real name said that the victim whose fingers had been cut off was later rushed to the nearest hospital where he is currently receiving medical treatment under the supervision of medical practitioners.

Due to this reason, James has called upon Kenyans to back them in the fight for their fellow colleague who is currently fighting for his life in the hospital despite the fact that he is supposed to sit for his final exams at the end of the year. 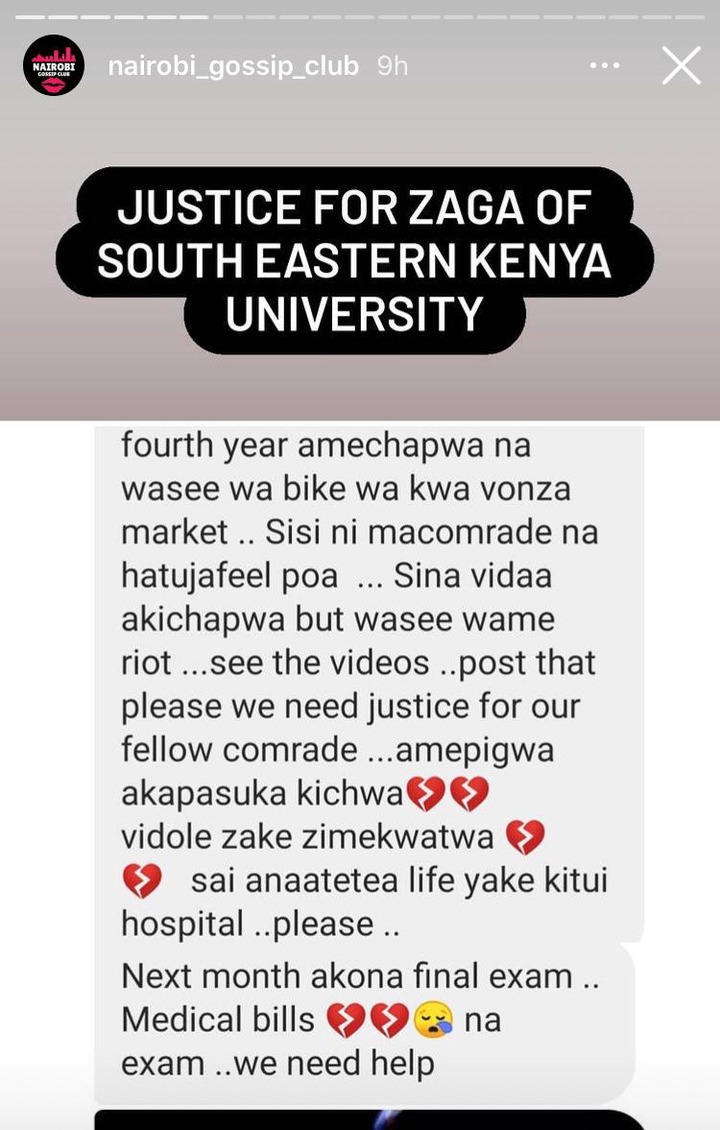 This incident has however sparked alot of reactions from Kenyans who seemed to have different opinions and suggestions on the matter.

With a section of Kenyans claiming that maybe the victim had harassed or tried to rob one of the Boda-Boda operators, others went ahead and called upon the director of criminal investigation to look into this before things get out of hand because according to them, Boda-Boda operators are continously becoming rogue.

Stop Wasting Money on Pills, Try This to Get Rid of High Blood Pressure

Bad Habits and Things That Lead To Obesity In Children