By Yourstory (self media writer) | 5 months ago

Ray Vanny is an East African male celebrity and public figure. He is born and raised in Tanzania. The male star is a music sensation and crooner that many love simply because of his soothing lyrics and beautiful voice that he has. He is an artist who is signed under WCB music recording label. He is a singer, songwriter, musician, artist, a father and a brand ambassador.

The male artist has been on the limelight for quite a while because of his young and beautiful beau that he sparked romance rumours awhile ago before they came out as an Instagram official couple. They are not married yet as they are simply, boyfriend and girlfriend. His new girlfriend is called Paula Masanja, a young Instagram commercial model who is also the daughter of a famous bongo actress called Fridah Kajala.

Ray Vanny has an ex called Fahyma, who is also now his babu mama as they have a boy child they sired together. In an Instagram interacting session that Paula had, she asked a question that read "let's talk". One fan mentioned on her Instagram story asking " do you know the pain of a man, have mercy on Fahyma and return his man back to her." In a ride response, Paula replied with an awkward photo and a statement asking for a marriage certificate of the two ex lovers. 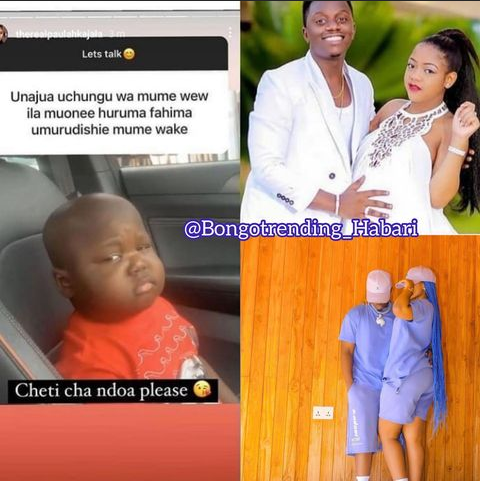 Netizens laughed at Paula's reaction calling her out for being rude. Others simply supported her claiming that people should get out of the model's business. Some blamed that Paula did not snatch Ray Vanny but it was the dude who went for her. 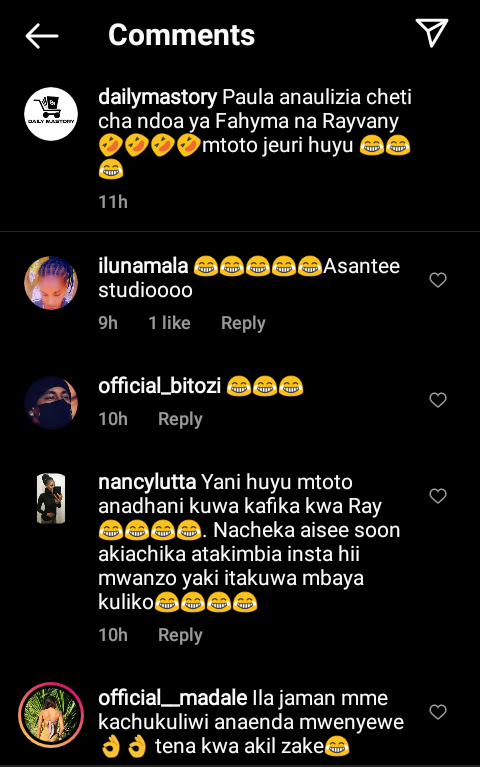