By Felicis.Marshall (self meida writer) | 7 days 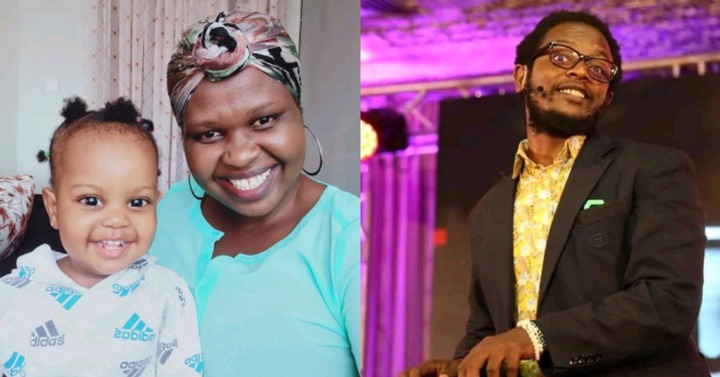 Professor Hamo, the popular Churchill show comedian, has broken his silence after a week of criticism on the social media. Hamo expressed his surprise with Jemutai's recent remarks. According to the female comedian, the father of her two children has not been taking up responsibility as he should.

Hamo responded to the claims through his official Facebook page and refuted the claims that he has not been helping his two kids he got with fellow comedian Jemutai. He went ahead and revealed that his wife has been sending money to help the kids together with their mother. 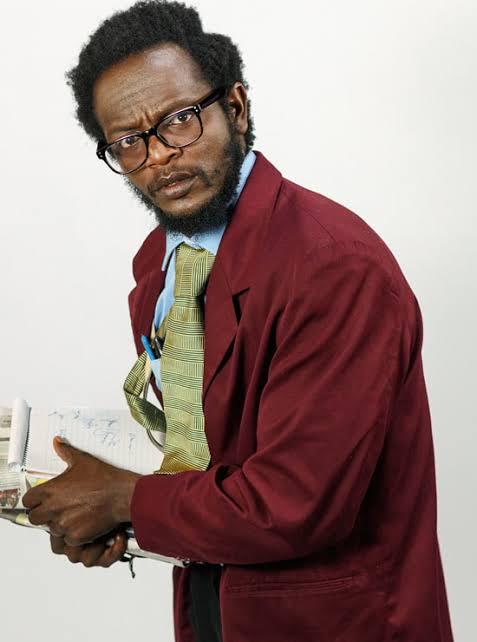 In his facebook post, he reiterated that he is aware that a lot is being discussed, and he would like to clarify the whole dramatic scene to his fans and supporters. His first clarification was that it is true that he has kids who live with him as well as those who do not.

He said thar he has been caring for his children since the beginning and they have never gone even a day without food, clothing, shelter, or any other necessary requirement. He said that his spouse is the one who pays for the care of the kids who do not stay with them and that was the understanding between his household and the children's mother.

His second point was that he believes that children deserve a peaceful environment in which they can grow, and that it is barbaric to subject them to criticism from their peers at school and anywhere by posting their images or reports online. In this sense, he clarified that he will continue safeguarding his children by respecting their right to privacy and that he will not associate himself and them with online bickering. 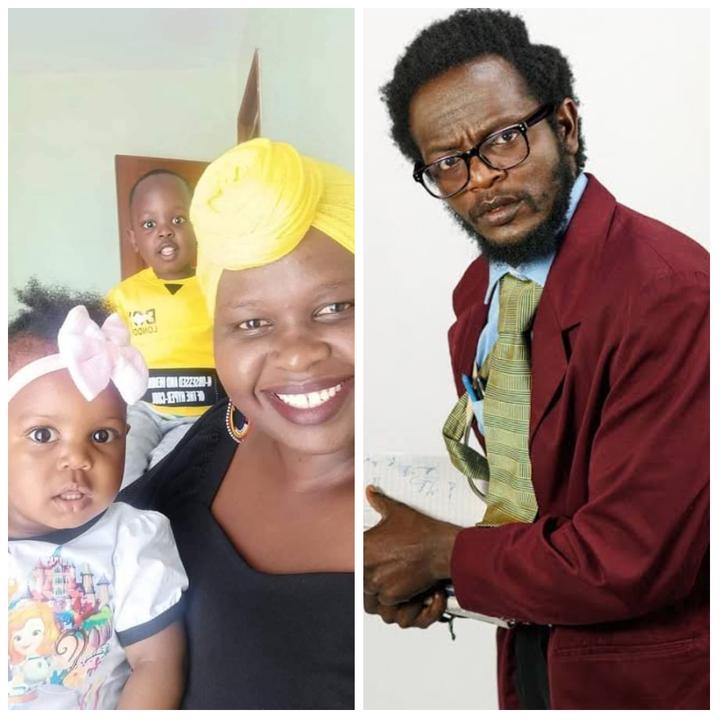 His third and last point was that people often get frustrated when they are not able to get what they want, particularly when unexpected problems occur. According to him, he has always been available as a father to all his children, and that he will keep working hard to provide for them.

Hamo concluded by expressing his surprise by what is currently going on with the whole drama. He said that he is speechless right now since he is not sure where all of this is originating from. He said that his hope and prayer is that wisdom, peace and most importantly, peace of conscience for his children, both now and in the future. 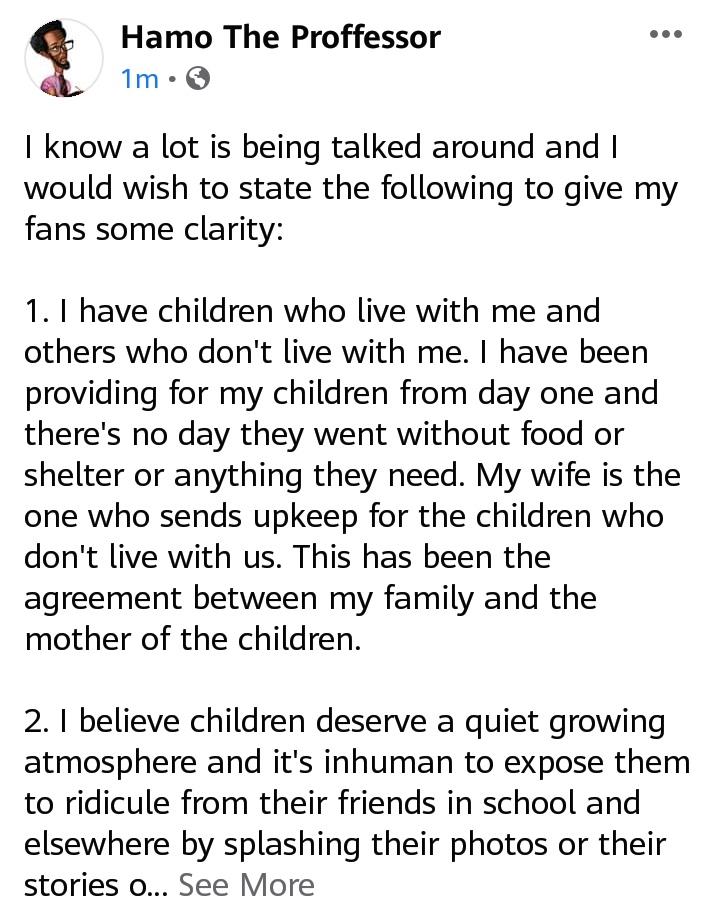 What are your thoughts about the ongoing drama between the two comedians?