Police officers from Meru County are currently looking for a woman who is reported to have thrown a baby into the toilet after she allegedly argued with her husband.

According to the reports given by the witnesses or rather locals from Meru, they claimed that the baby was heard crying by one of the neighbors who immediately alerted the others other residents who mobilized themselves in order to save the baby.

This was followed by a dramatic scene after residents who reacted quickly were able to save the baby after one of locals was lowered in the toilet using a rope where he picked the baby who was covered in faeces almost suffocating to death.

Luckily, the infant was rushed to the nearest hospital where he is currently receiving medical treatment under the supervision of medical professionals who have revealed that he is currently doing okay and in a stable condition.

Confirming this incident, Police officers from Meru County have launched a man hunt for the alleged woman who residents say they suspect did this because according to them, they heard a woman whose whereabouts are currently unknown arguing with her alleged baby daddy a day before she went missing after the incident.

Speaking to a group of journalists from different media houses in Kenya, Meru police commissioner has called out all women and parents to make sure they don't try to do this kind of thing because according to him, they were going to make sure they arrest and charge any suspect with attempted murder. 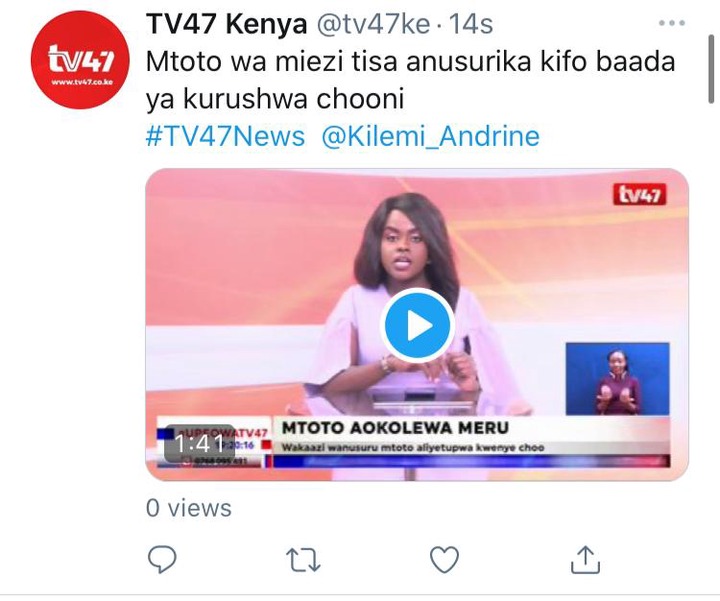 Lady Allegedly Dies After An Asthmatic Attack While In Qatar

Facts:See The Effects Of Too Much Homework That A Child Receives

"You Were A True And Loyal Friend," The Obama's Mourn The Demise Of 'Bo' A Family Dog