By Shantynews (self media writer) | 16 days ago 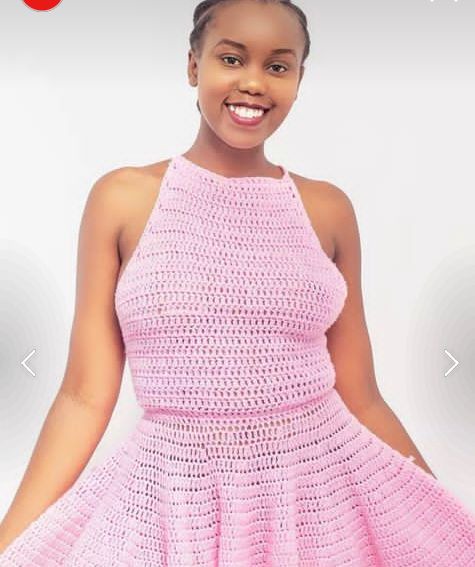 A lady identified as Ivy Wanjiku has painfully narrated how her ex boyfriend attempted to kill her.

On that fateful day, Ivy and her boyfriend had invited friends to celebrate.

They had earlier had a disagreement and when their friends left, they tried talking it out.

However, since they couldn't agree at that point, Ivy said she was sleepy and added they would solve the issue in the morning.

Her boyfriend got angry and started talking badly. Ivy couldn't take it and clearly told him the relationship was over.

He got angry and started choking her. He kept choking harder as she screamed for help.

When he noticed she was becoming weak, he stopped and started asking her whether he'd hurt her but Ivy angrily said that the relationship was over for real.

He went to the kitchen, picked a knife and locked the door.

At that point, Ivy was scared for her life and decided to calm him down by apologizing. He somehow fell for it and placed the knife under the bed but since Ivy was still scared, she asked him to toss it down the balcony but he instead hid it inside a bucket in the balcony.

After that, he asked for Ivy's phone, went through it and when he found nothing suspicious, he started apologizing. Ivy told him it was fine and he asked her to go with him to the rooftop to get some fresh air.

However, Ivy wasn't comfortable going there since she suspected he'd throw her down. She said a funny movie would be better. As they were watching the movie, he got sleepy and went to sleep.

Ivy got a chance to text her friends for help. Her friends sent help but when the apartment's guard knocked the door, Ivy's boyfriend said he couldn't find the keys.

After the guard went away, he hurled her to the couch and started choking her again. Ivy played with his mind again by kneeling and apologizing. She then faked a headache and told him to make some coffee for her so that he'd get a chance to text for help again.

Luckily, the guard, a neighbour she'd texted and the apartment's manager arrived and insisted they'd not go anywhere until Ivy's boyfriend opened the door. 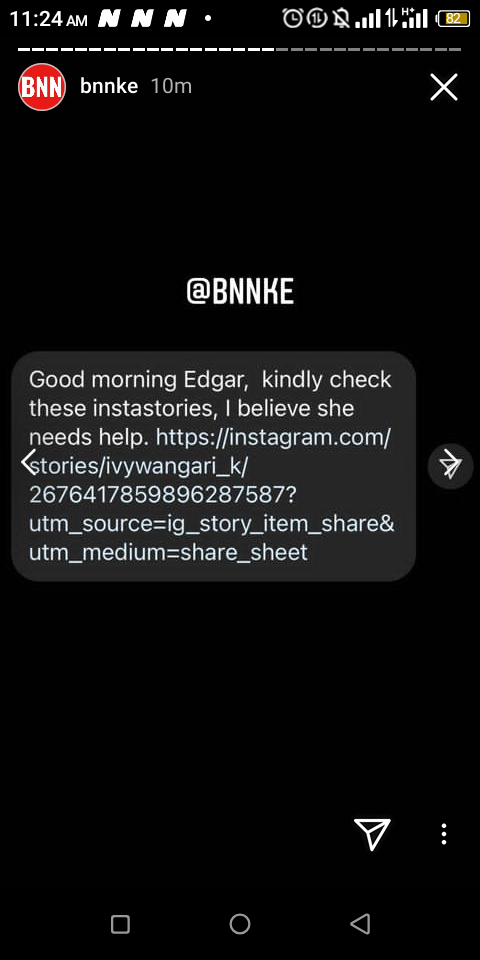 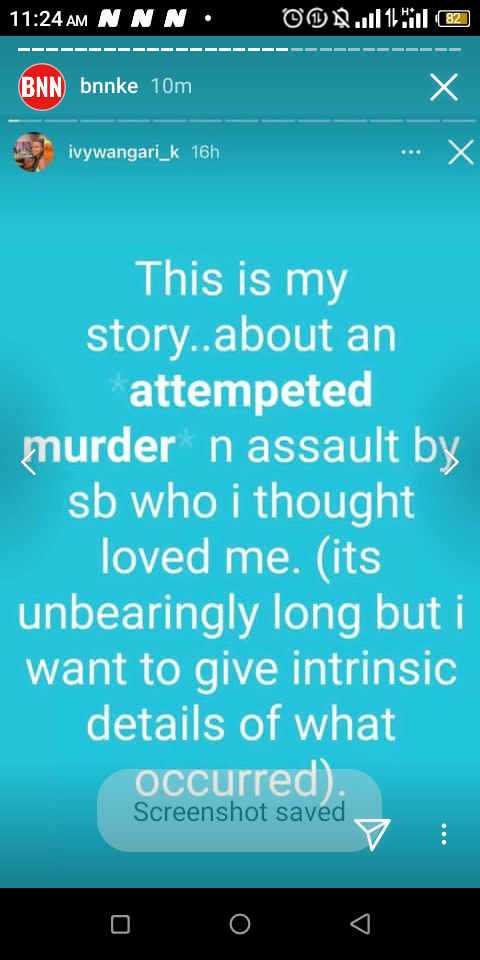 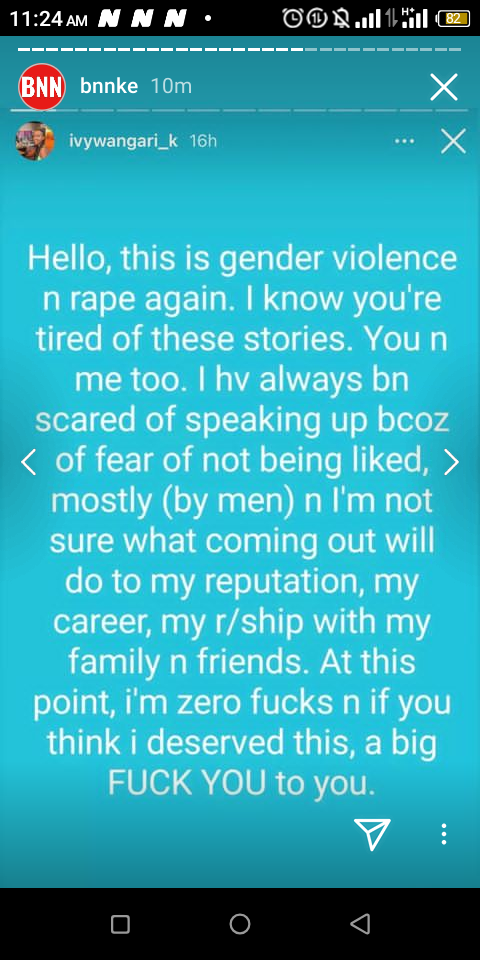 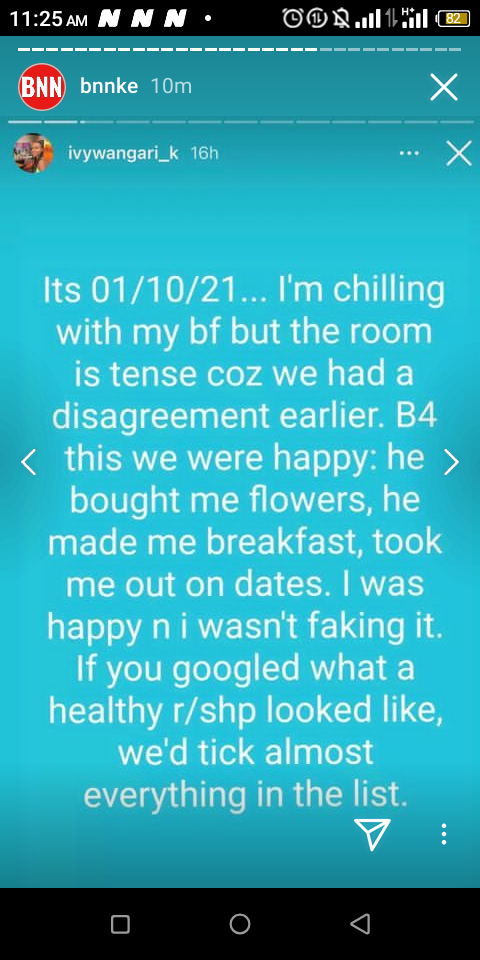 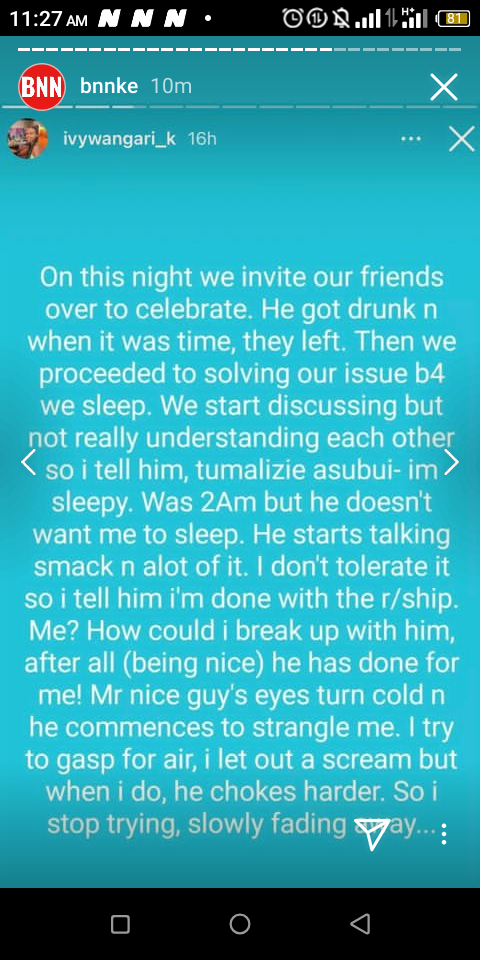 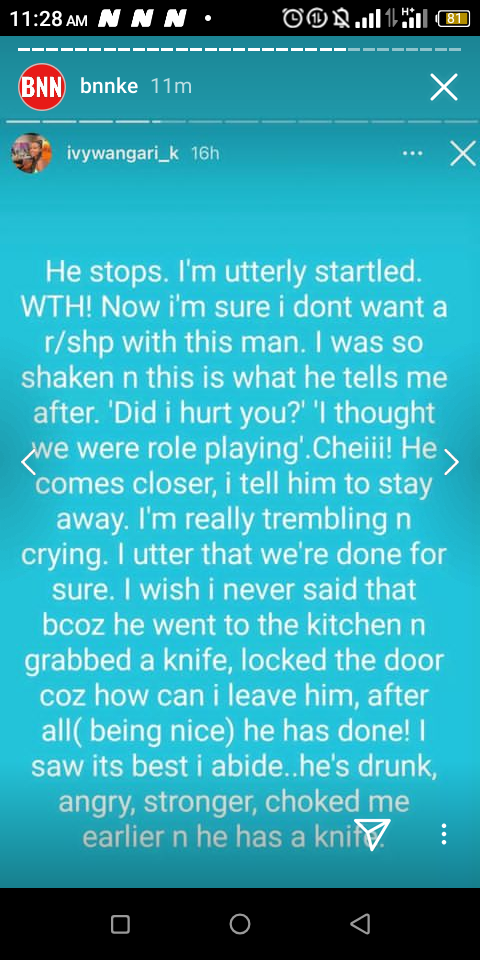 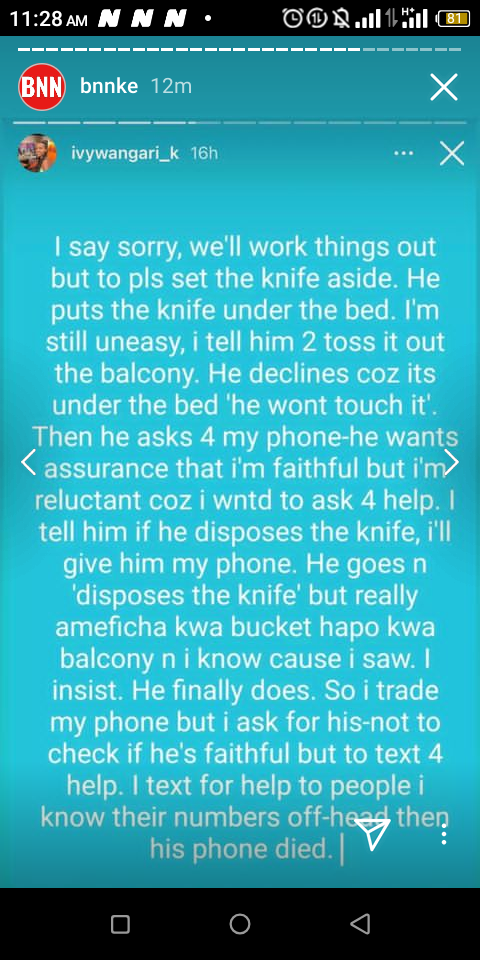 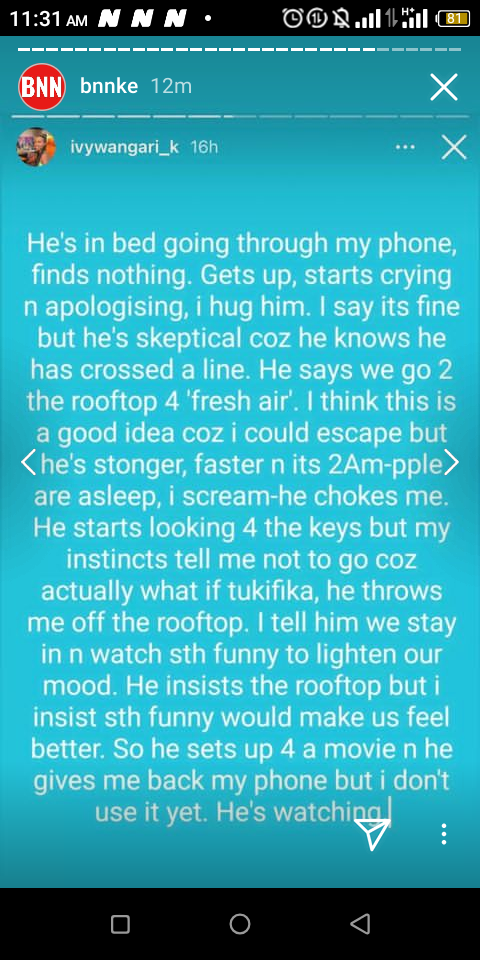 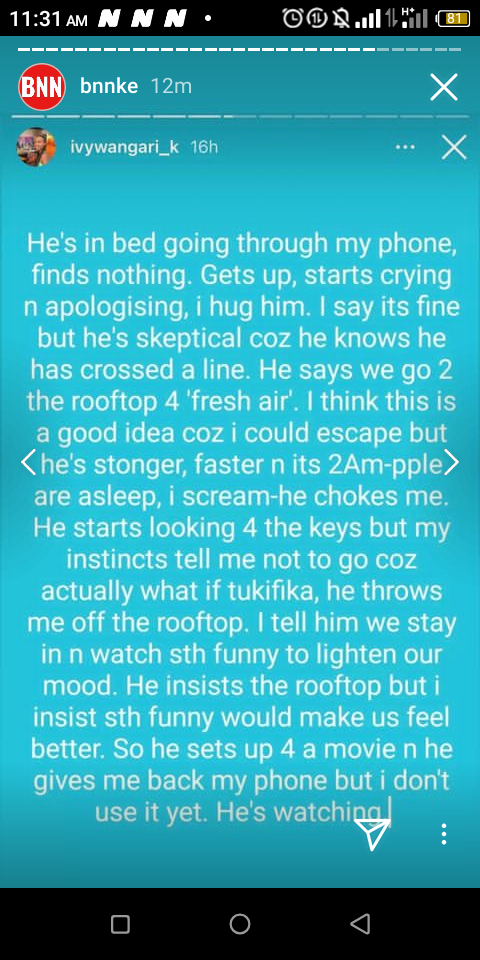 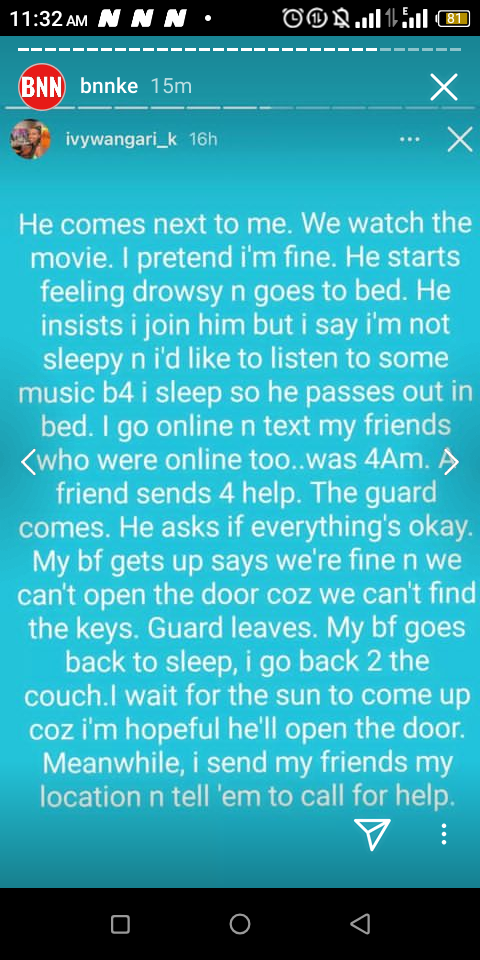 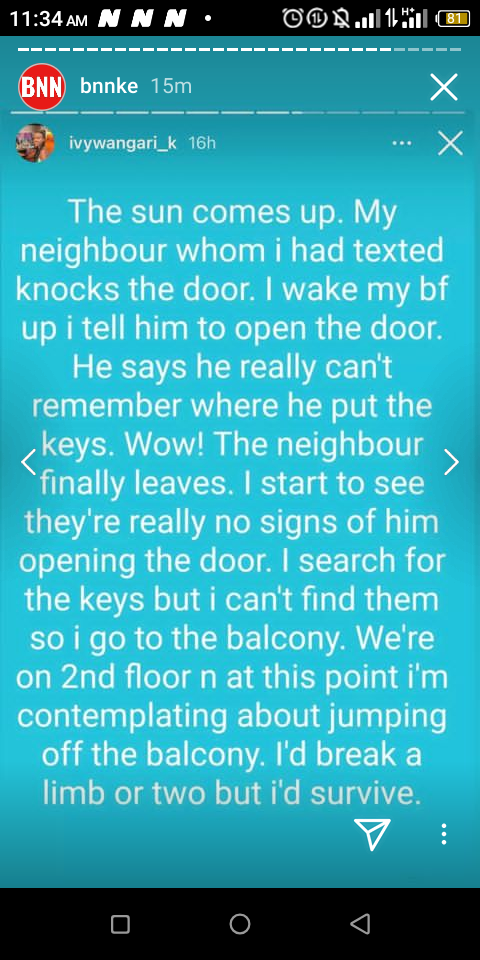 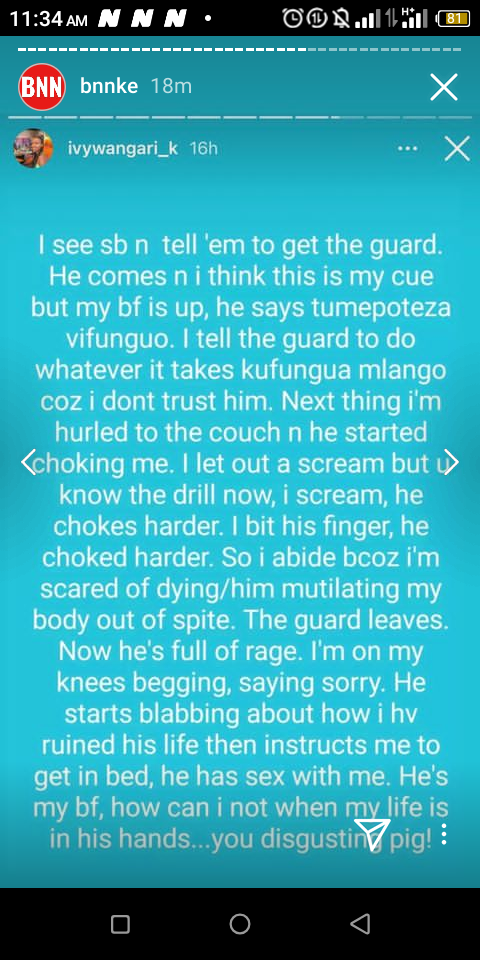 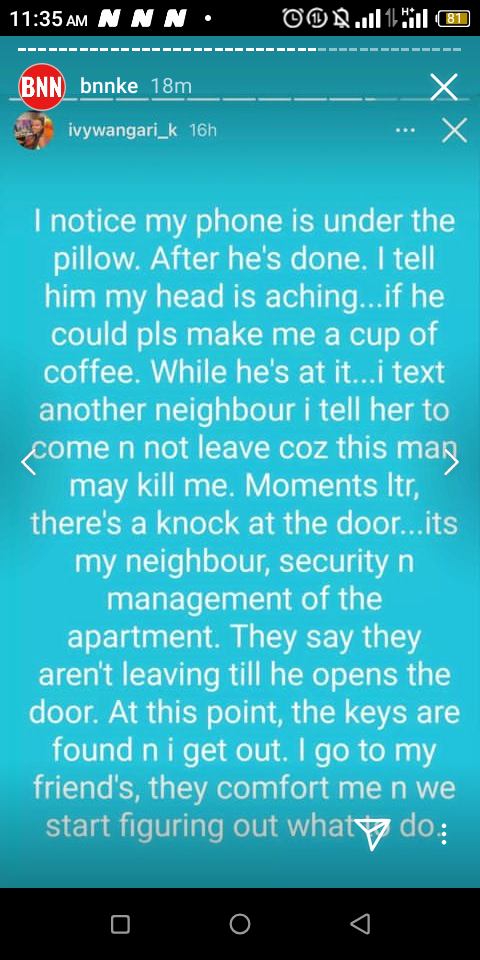 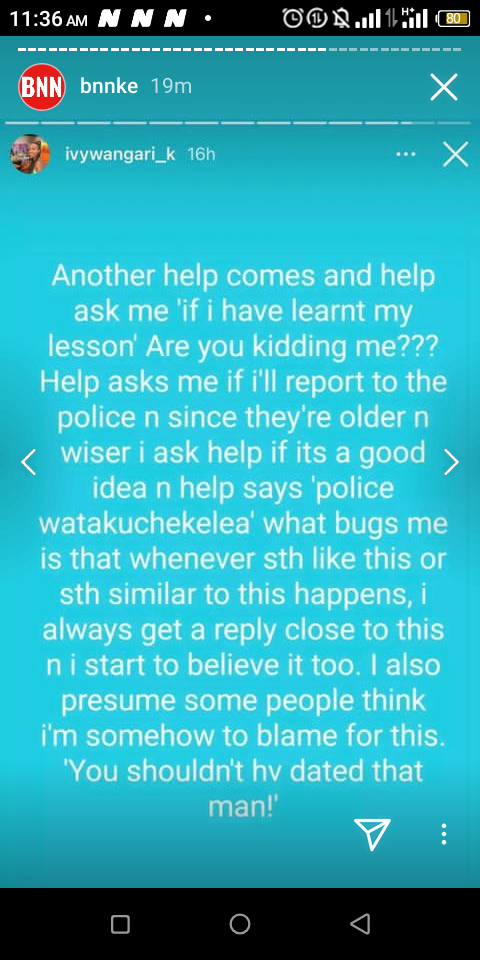 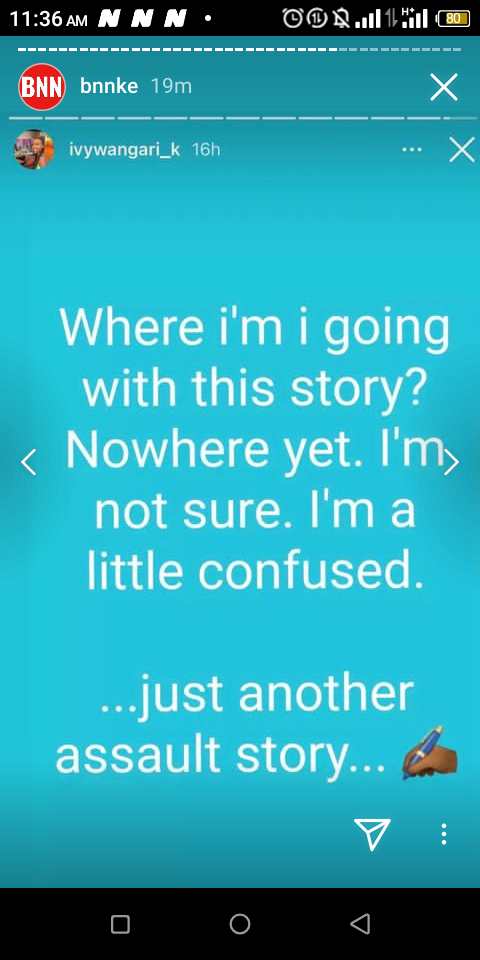