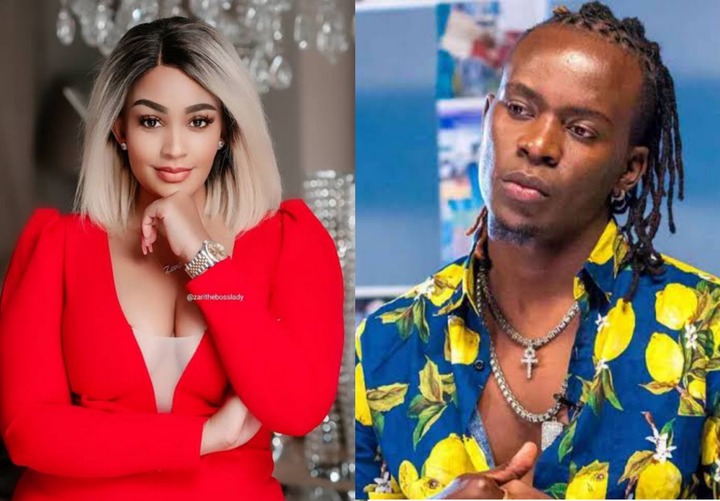 People frequently sense enmity amongst themselves. Superstars and even well-known people are prone to harboring grudges that can't always be buried, causing them to become publicly known. Nothing is more interesting than celebrity feuds on the internet. Let's take a look at some of Kenya's and Tanzania's most well-known celebrities who have beef.

Octopizzo and Khaligraph Jones have been picking bones for a long time. The two great Kenyan Hip Hop rappers are clearly on the rise, and fans are eagerly anticipating the day when they will enter the studio together and hit us with bars. However, they are separated by a thick line that serves as a barrier.

They all started at the bottom and have now made it to the top, and the major source of contention is their desire for the crown that will separate one from the other. Who is the King?

The feud between the two gospel musicians turned secular musicians has been escalating for a while now.

Willy Paul recounted how their feud began in an interview with radio Maisha, indicating that Bahati was the cause.

He claimed that before they rose to prominence, they lived in the Mathare slums, where Bahati used to report him to their then-boss, Jibrill Blessing, who set some ground rules for them to observe. Since then, the two have been bickering about who is the best.

This is one of the most well-known celebrity beefs among African fans; it began a long time ago, and the cause was not as significant as the quarrel was anticipated to be. Most fans have been waiting for the bongo performers to reconcile like old foes.

In one of the videos, Alikiba attempted to explain the origins of their feud, claiming that during one of his recording sessions, Diamond asked Alikiba to sing a segment of a song he had written. However, Ali Kiba found after the song was completed that the WCB boss had sang the part that he had requested Ali Kiba to sing.

Diamond and Ali Kiba's friendship became strained after that occurrence. According to the most recent reports about Diamond Platnumz and Ali Kiba, the two have remained adversaries since then.

All was quiet after Harmonize departed Diamond Platinumz's record label WCB until he began dating Tanzanian actress Fridah Kajala, at which point the public became aware of his ongoing spat with fellow musician Rayvanny. This came after Rayvanny posted a video of him getting cosy with Fridah Kajala's daughter, which sparked outrage.

The feud began in 2018 when the boss lady posted a touching tribute to her late ex-husband Ivan Semwanga on her Instagram page. She thanked him for supporting and providing for the family while he was still living in the statement.

Diamond Platnumz was entirely ignored by the boss lady, which generated conflicting reactions from internet fans, including Mange Kimambi. Kimambi was perplexed as to why Zari was ignoring Diamond despite the fact that she was residing in his house in South Africa. She went on to say that if she didn't recognize the father of her two children, she should leave the house.

Zari was so irritated by Kimambi's statement that she retaliated by claiming that she chose to reside in Diamond's house. She also stated that she has four residences in South Africa and that she is free to live wherever she wishes.

Kimambi is a Tanzanian socialite who now lives in the United States. She was a prominent blogger before becoming an activist, and she was recognized for exposing little-known celebrity gossip and details. She would primarily publish celebrity gossip regarding Tanzanian and diaspora Tanzanians.