"Why I Chose To Remain Single," Joyce Gituro Reveals

One of the most popular female radio hosts, Joyce Gituro have left her fans and followers talking after she revealed the role that was played by the church that she was attending in her family. 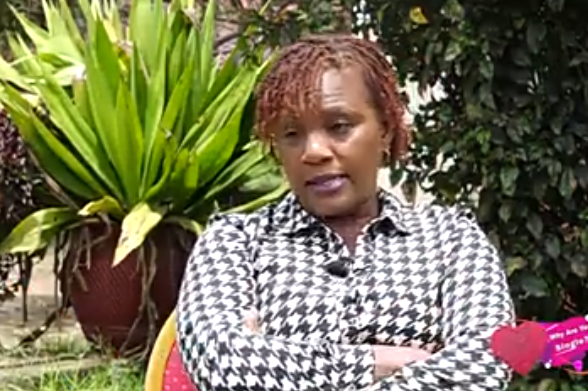 Narrating her story to journalist Monica Kagoni, Joyce affirmed that she has worked for top Swahili radio channels in Kenya. She also featured in a top show that aired on local televisions called 'Tausi'.

Joyce was married for 12 years, where they were blessed with two children. However, she says that she is single, since they parted ways with her husband despite the fact that the husband was very cooperative, responsible and supportive.

The problem came in her marriage after the church they were attending as a family taught them different teachings and practices that Joyce disputed. This angered her husband who claimed that she had disrespected him and the pastor. Their relationship as a husband and wife started being shaky.

The husband then started coming to home late, claiming that he was attending prayers at the church. At one time, Joyce noted that she was missing Kshs.27,000 and upon asking her husband if he had seen the money, he confirmed that he took it and bought a television set for their pastor.

This angered Joyce since she was planning to use the money to clear the school fees for the children. She also had a conflict with him in regard to purchase of family cars, since the husband hired the cars instead of buying them. Joyce only learnt later after she was called to Kilimani Police Station in a case that was involving her car. After her husband came to the police station, she was shocked to learn that her husband had many cases involving cars and debts. The climax of the story saw all her cars being taken away, since she was not the rightful owner.

The most worrying part is that when Joyce and her kids were away, her husband relocated from their house without her knowledge. She tried to reach him, but his phone was switched off. She therefore had to look for another house where they would settle with her kids

Joyce concludes that she did not know where her husband went to and therefore had to settle alone. Since then, she has been living as a single mother, fending for her children

Kenyan Celebrity, Politician Who Allegedly Made Visits To TB Joshua For Divine Intervention

Opinion: How The Mt Kenya Split Will Affect Raila's And Ruto's 2022 Presidential Plans

Easy Tips On How To Prepare Tasty, Spicy Omena