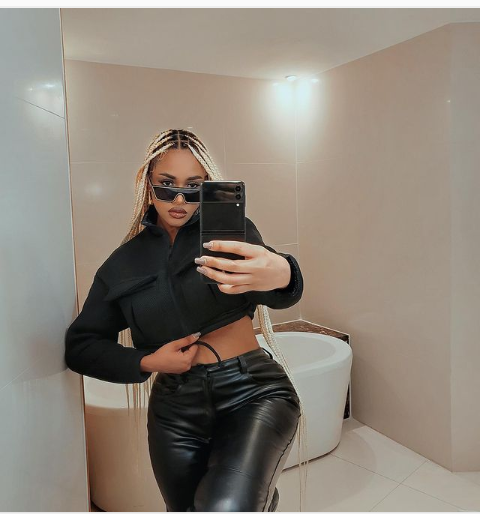 Artist Tanasha Donna's name has once again been mentioned in controversial blogger Edgar Obare's latest tea. According to the receipts shared, the singer was captured at an undisclosed bar performing.

However, despite her fame, the number of those attended her show were too few. This led to the argument that Kenyans are not just interested in her kind of music. 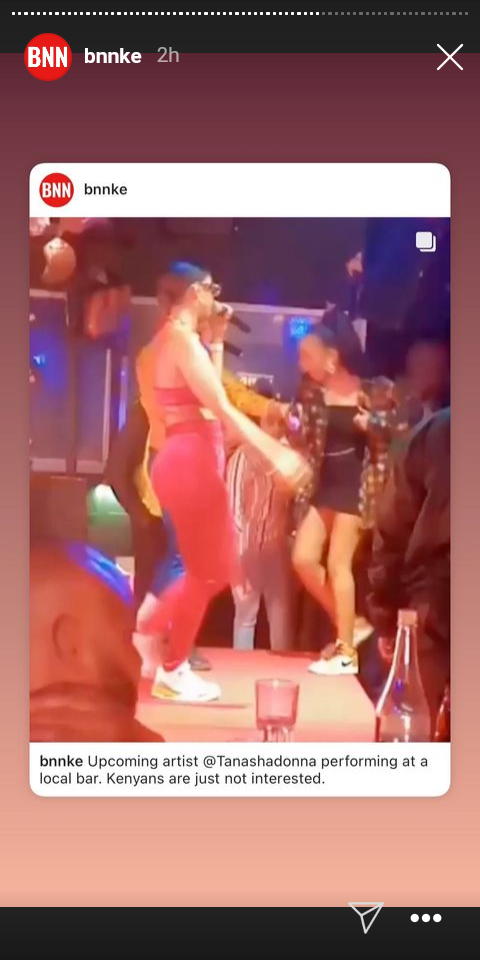 The fact that this happens at a time comedian Eric Omondi is claiming that the industry is dead because the artists lack content and creativity is also another issue that has been pointed. That's said, some attacked her, arguing that she was conned when she underwent body transformation surgery.

According to Edgar's fan who commented on her shape, there is argument that there is no difference between her current figure and the one before the surgery. 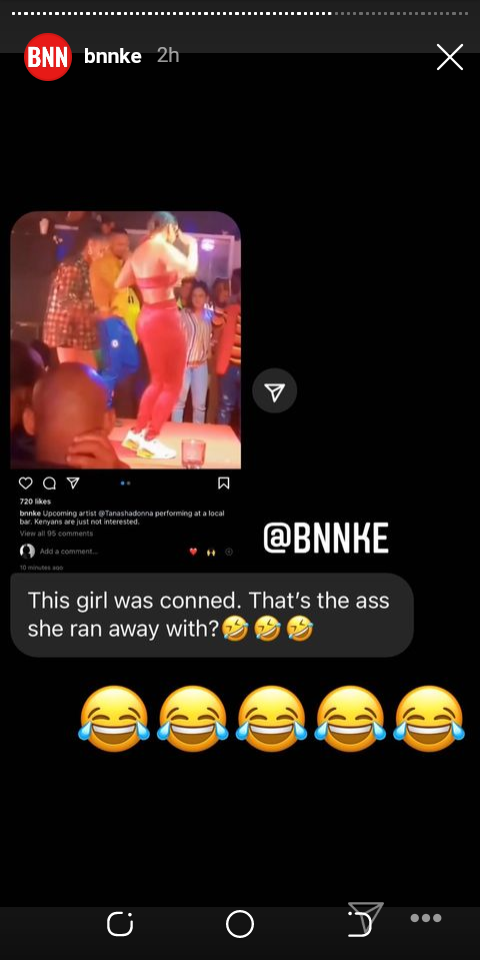 It is remembered that some weeks ago, Tanasha found herself on the headlines on allegations that she did not pay the surgery fee.

This was exposed by former socialite Risper Faith who went to Edgar, citing that despite helping Tanasha, the singer decided not to honour the agreement. She would deny the claims, terming them lies.