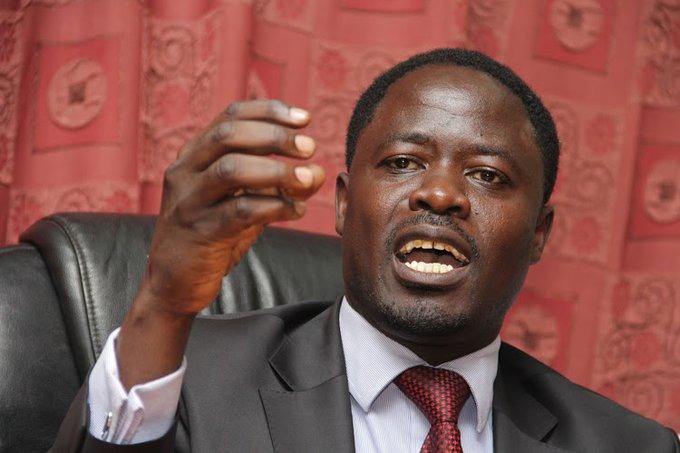 The Rise and Fall of Idi Amin Dada are probably one of the movies that captivated the cinema halls both in Kenya and the world at large. Kenyans however took pride in it due to the fact that it was acted by one of their own Joseph Olita.

It was until recently that the Homa-Bay Member of Parliament Peter Opondo Kaluma called for the stoppage of the distribution of that movie arguing that the movie portrayed the Luo Community in a bad light.

Kaluma through his Thursday evening social media statement claimed that the section of the movie in which Amin was shown eating human flesh while chanting in Luo language depicted the Luo community as a cannibalistic community, something he claimed is not true. 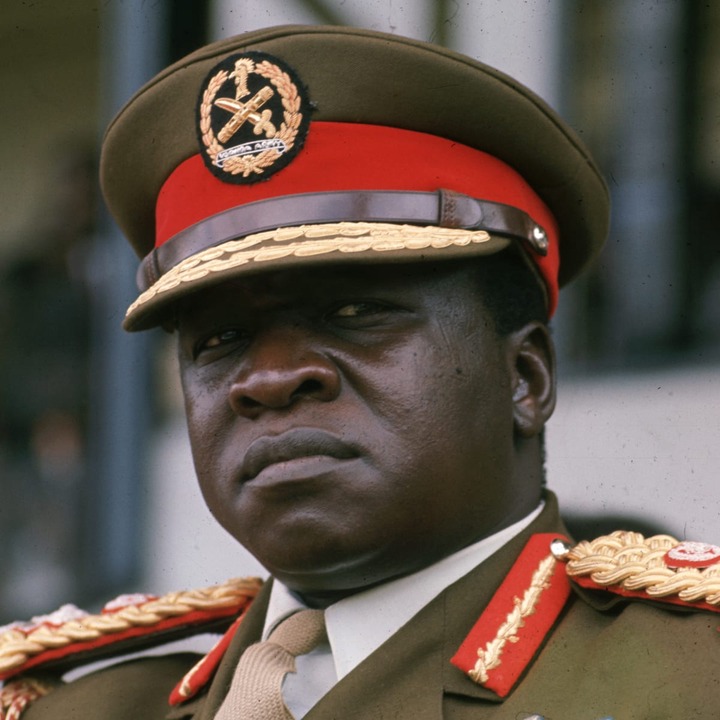 “The movie portrays the Luos as cannibals, sorcerers, and witchdoctors or people who partake of witchcraft: vices the Luo Community loath. Such negative portrayal of a whole community for profits is immoral, illegal, and can cause ethnic stigmatization and marginalization,” said MP Kaluma.

Well, for those who have watched the movie, the scenes cited by the MP were some of the most horrific and perhaps that is the reason why Kaluma does not want such a thing to be associated with his Luo Community.

“We the Luos demand an immediate stop to the continued distribution of the movie on all platforms. The producer must also apologize and commit to adequately compensate the community for the base depiction,” asserted the MP. 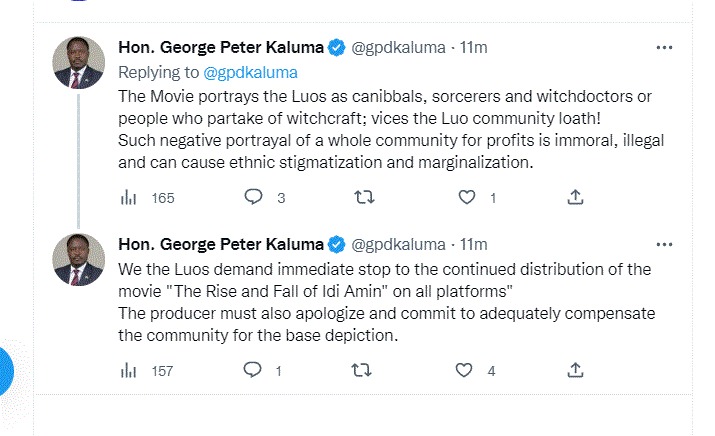 Historically, the former Ugandan dictator Idi Amin hailed from the Kakwa ethnic community which is one of the Nilotic tribes in Northern Uganda. The Kakwa dialect is a little closer to that of the Luos, Acholi, Langi, and Padhola however there are no historical records showing that Amin could even speak in the Luo language.