By Boldblog (self meida writer) | 1 months 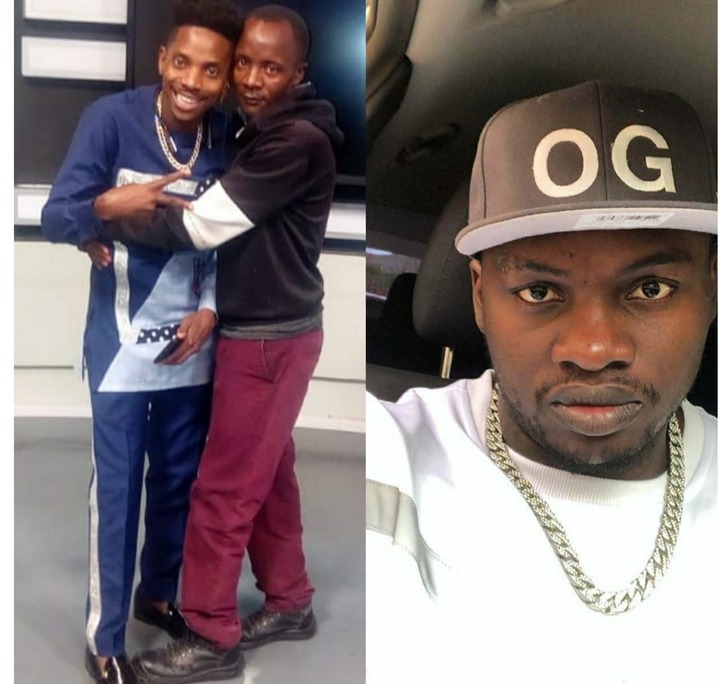 Erick Omondi is a celebrated personality in Kenya. He is known widely for his creative contents which always go viral across social media platforms. Erick Omondi now hosts 'The Big Quiz Show' alongside Betty Kyallo and the two have been surprising everyone with their matching outfits every Sunday. 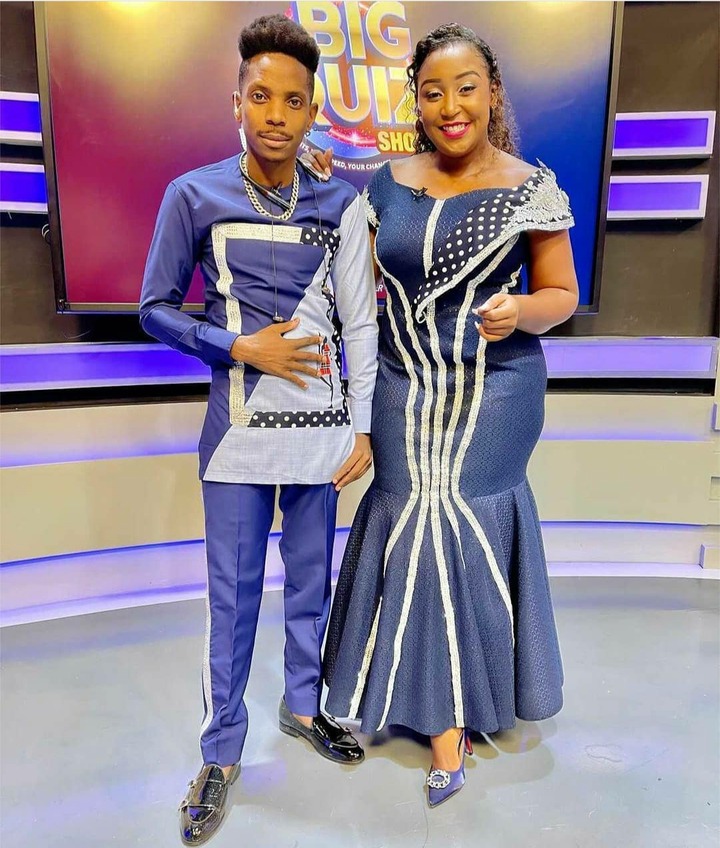 Erick Omondi took to his Instagram account and made a post that has attracted a social media buzz from majority of Kenyans. In his latest post, he posed for a photo alongside one of his fans from the Standard Group. The man identified as Vicky was holding Erick Omondi in a manner that has raised concerns online. The man has been longing to take a photo shoot with Erick Omondi because he is a big fan of him. Erick Omondi has expressed his dissatisfaction to the way the man was holding him. 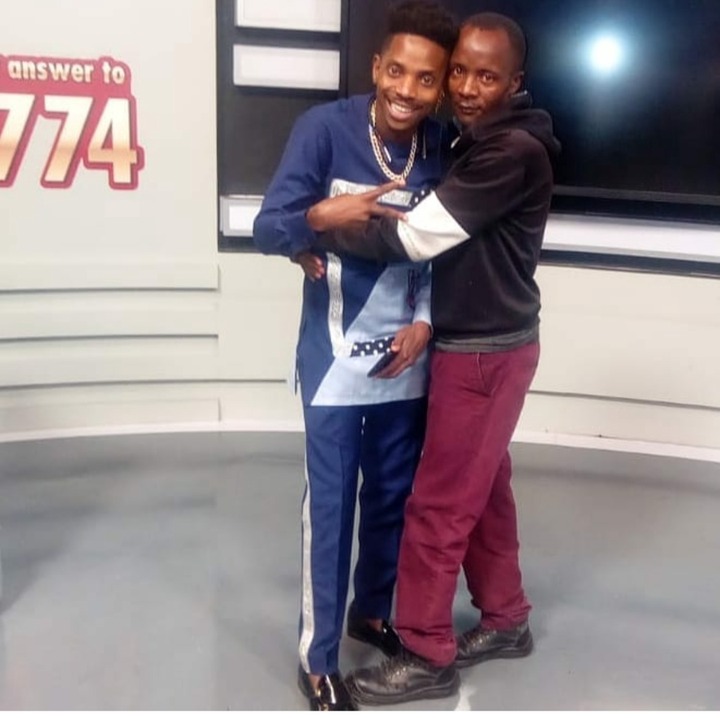 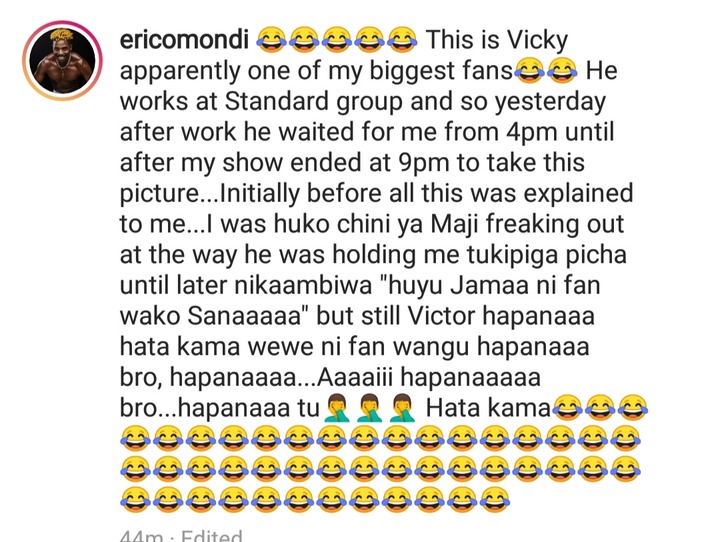 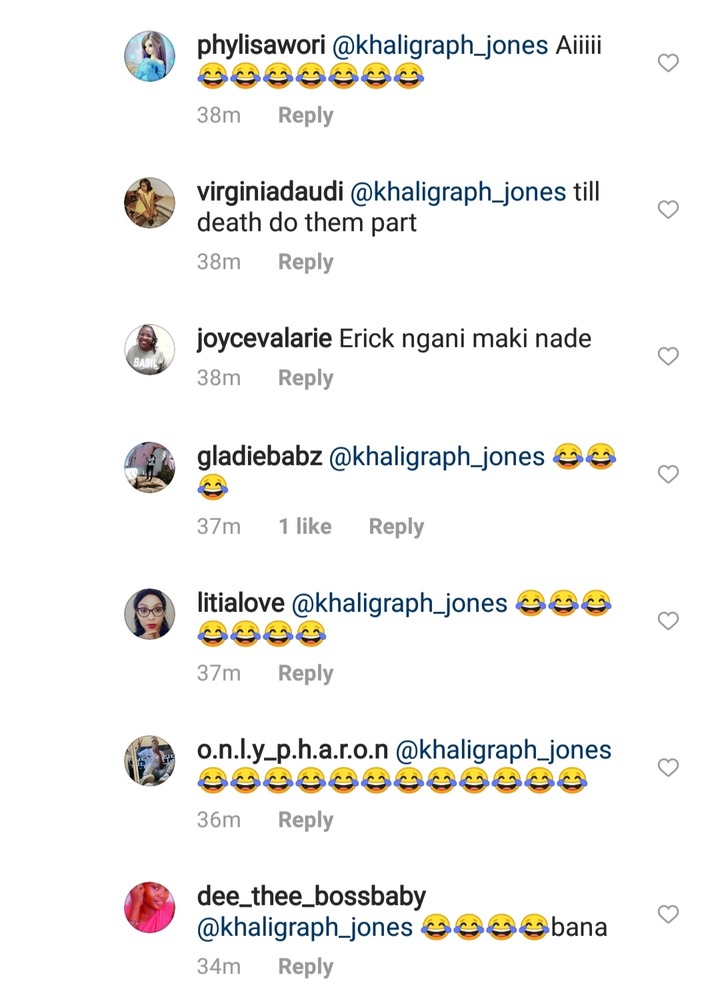 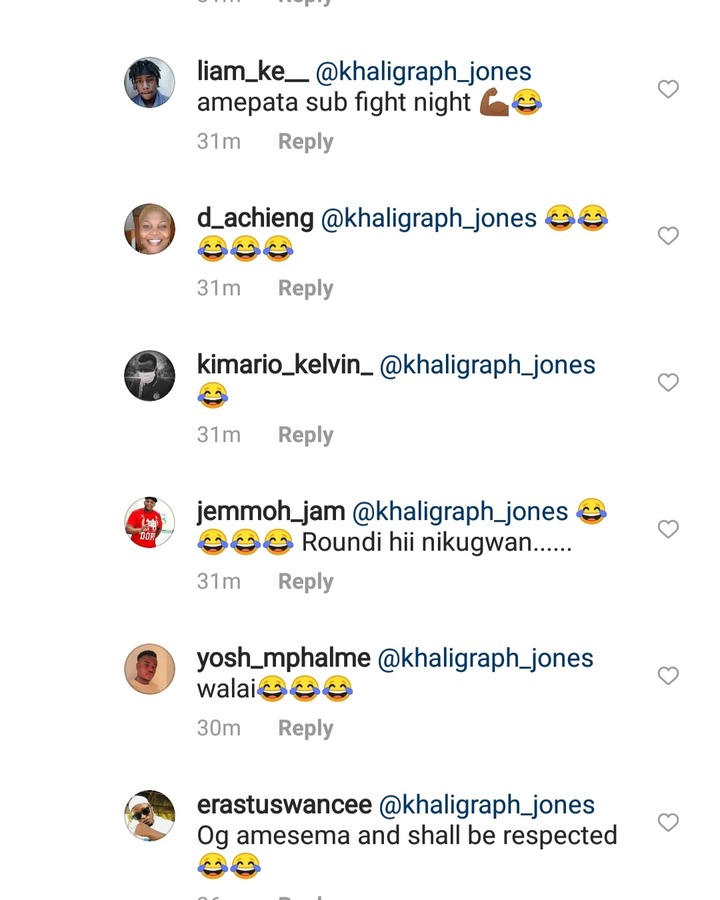 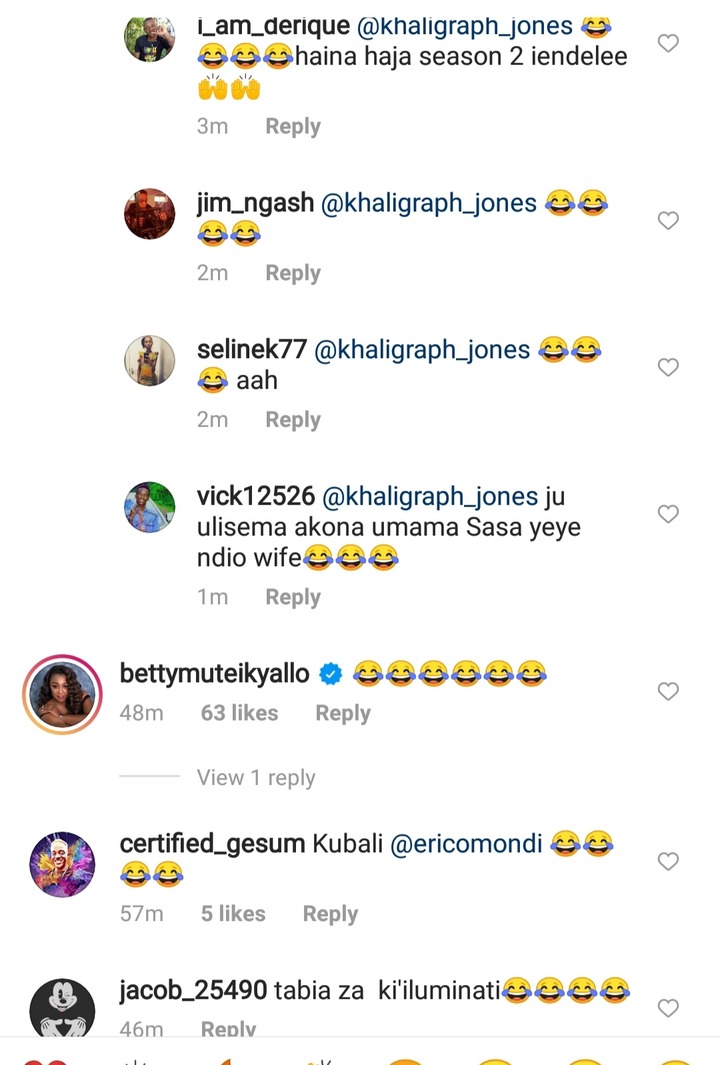 What do you think about the photo? Share your views in the comments section and follow me for daily updates.