By Digitalqueen (self media writer) | 3 months ago

Eddie Butita, a comic on the Churchill Show, has stated that he advised fellow comedian Eric Omondi against purchasing a home in Karen, claiming that it was a waste of money.

Butita claims he didn't see the point in buying the house only to provide a place for the females on the 'Wife Material' show to dwell."Instead of buying a house in Karen, I advised him to buy a ranch. Ya kuweka wasichana (to place in girls), you can't buy a house." In an interview with Mungai Eve, Butita stated. Eric Omondi has previously denied claims that he does not own the Karen home. The KSh 72 million property unveiled by Eric Omondi was rumored to be a rental on social media.

On Instagram, Omondi responded to the skeptics by displaying evidence that he owned the residence.Eric Omondi displayed a title deed in his name, dated September 7, 2021.He chastised the rumor mongers for believing that a comedian of his caliber could not afford such a lavish home.

Eric Omondi went on to blame his political adversaries of spreading the falsehoods."Who hasn't heard of Eric Omondi, with whom I've worked for 14 years? If you went to America, Kevin Hart owns five houses. I joined the Churchill show in 2008. The American way of thinking is that hard work pays off "Eric Omondi elaborated.

Eric also stated that he would be moving into the house in October."Thank you very much for doing this. Yes, the house has multiple bedrooms and may currently be used as an AirBnB. And, yeah, I purchased and own it. I won't be able to rent it out, but I will be able to lease it. I'm not usually around anyway. KSh 75,000 per day, but this deal is only good until October 19, when I move in "Eric penned an essay. 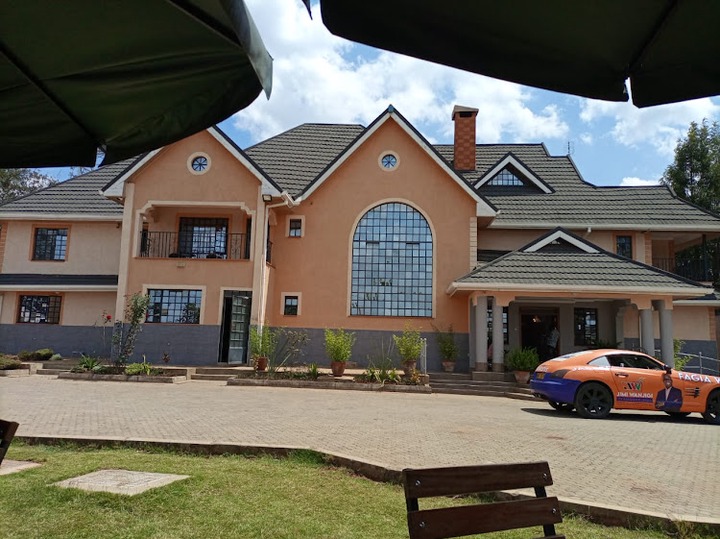 If You Forgot Your Phone's Password To Unlock It, Do Not Panic Because I Have The Solution For That

How cassava is beneficial to your skin

What rivals have said about Chelsea dressing room.