Rayvanny to leave Wasafi should he raise sh. 25million

By DailyNews.com (self media writer) | 1 month ago

According to showbiz, a newspaper sehment of the nation, Raymond Shaban Mwakyusa porpularly known as Rayvanny is set to leave wasafi clasic Bongo if he will be able to raise 25 million shilings. According to showbiz, Rayvanny's imminent departure from the diamond platnumz owned label has dragged for too long forcing him on several occassions to clarify the speculations that have wafted the air for the last two or more years. 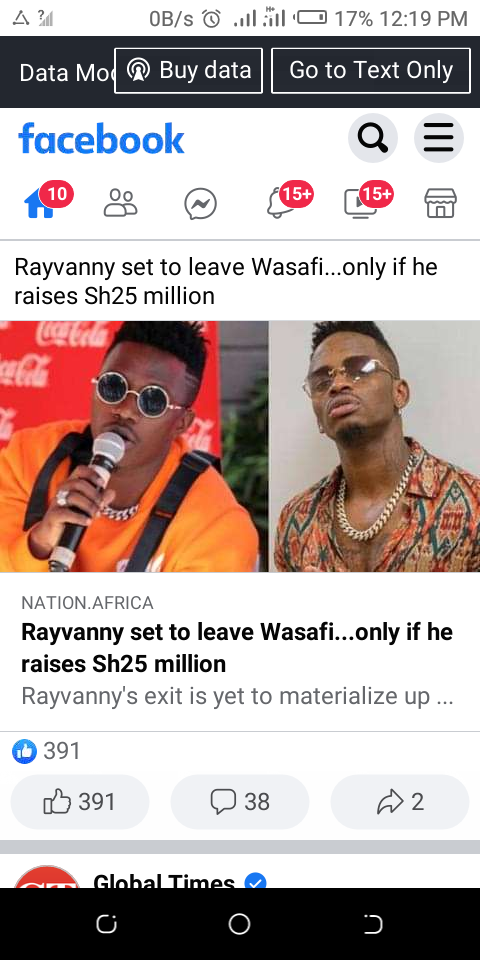 According to the source, the show biz documents that Rayvanny has not been able to raise the money required to buy out the remainder of his reportedly 10 year contract with Wasafi Classics Bongo. Rayvanny raised eyebrows some times back when he edited out the tag of wasafi Classic Bongo from the bio of his social accounts. At the moment, he is the only signee at the label without a tag on his social media account bio.

While on a tour in the United States of America to promote his extended play record, Diamond Platinum, the owner of Wasafi clariffied during an interview with BBC that this year, some artists will leave his label. He added on that he cannot keep the same artists at his label for too long. People interpreted this message as a response to Rayvanny after he edited out his instagram bio.

In March 2022, a social media influencer and radio presenter of Clouds Fm Burtoon Mwembe said that Diamond had asked for 98millin shilings from Rayvanny to allow him ditch his label.

Showbiz reports that according to their source in Dar es slaam, Rayvanny will be allowed to exit peacefully and have all the rights to his music produced under Wasafi Classics Bongo should he raise sh.25 million. Showbiz also claims that it did not verify Rayvany's contractactual obligations becaused the signees are not allowed to discuss their contracts outside the label.