Raila Odinga's former personal assistant Silas Jakakimba has finally wedded at a private event attended by the who is in the country.

Jakakimba has wedded his love of life only identified as Florence a week after they held a high profile ceremony back in the village.

The Saturday's wedding was attended by among others renown lawyer Donald Kipkorir who is a close ally of the former Prime Minister Raila Amollo Odinga. 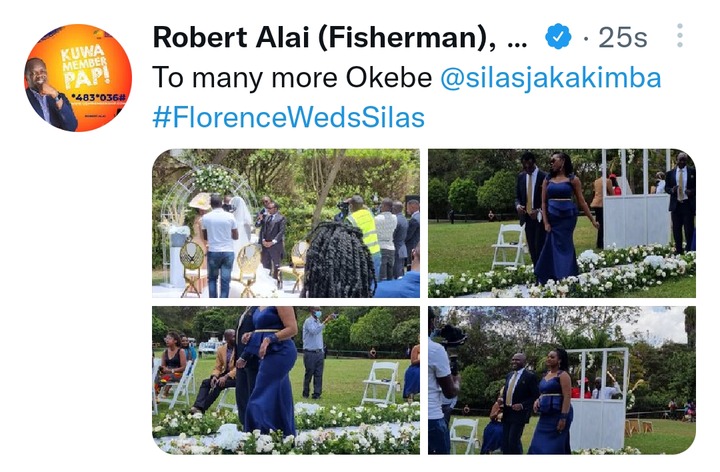 Silas Jakakimba's former boss has however not attended the high profile event since he is in Isiolo county where he is presiding over a top political event.

Prior to his Saturday wedding, Silas Jakakimba had been embroiled in court cases with his former baby mama who is the mother of his three boys.

In one of the cases, the lawyer, who has expressed interest in vying for the Langata Constituency Parliamentary seat in the 2022 general election, said he intended to move his three sons to another school against the will of their mother.

Jakakimba and his wife Lynette divorced four years ago after he accused her of having an affair with a senior officer at the National Assembly, where she also works, and have been engaged in a custody battle.