By KMutai (self media writer) | 11 months ago 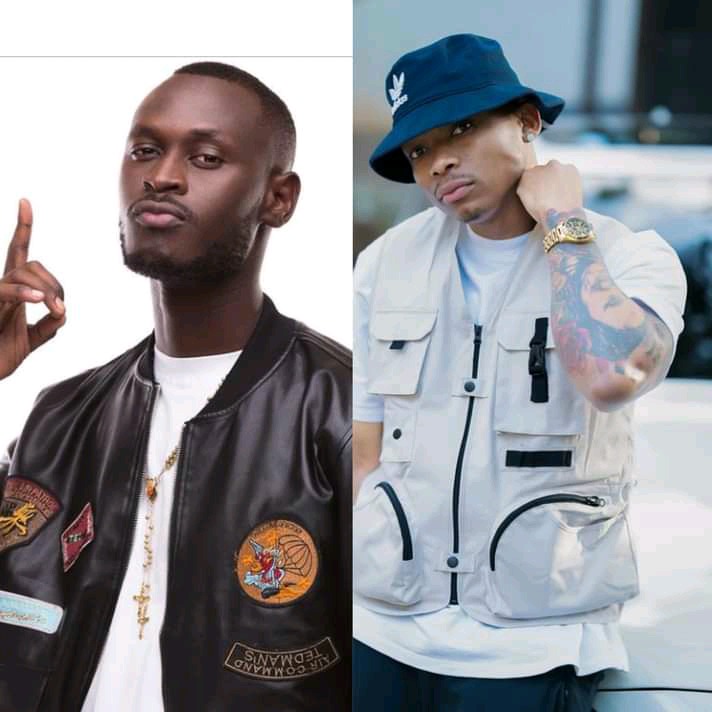 King Kaka and Otile Brown have suffered a setback after their new song was allegedly pulled down on YouTube.

King Kaka has claimed that the video of the song dubbed 'Fight' is no longer available after an upcoming artist flagged it down. 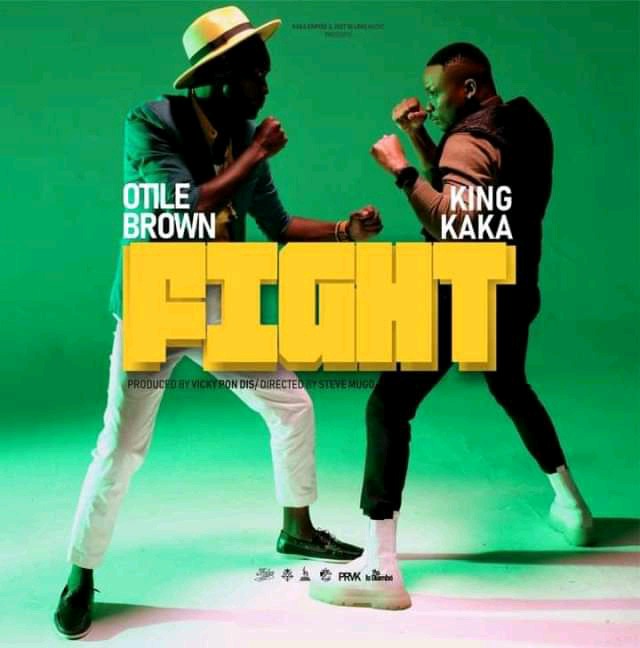 The unpopular artist who has 126 subscribers an goes by the stage name Deymin Brown claimed that the two superstars pirated his content.

King Kaka however rubbished the claims by stating that they built everything from the scratch in his studio with Otile Brown. 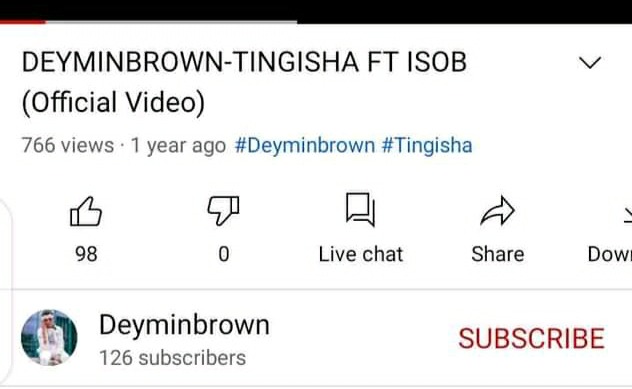 He has already taken to social media to express his anger by warning people against bringing down other's efforts just to get attention. 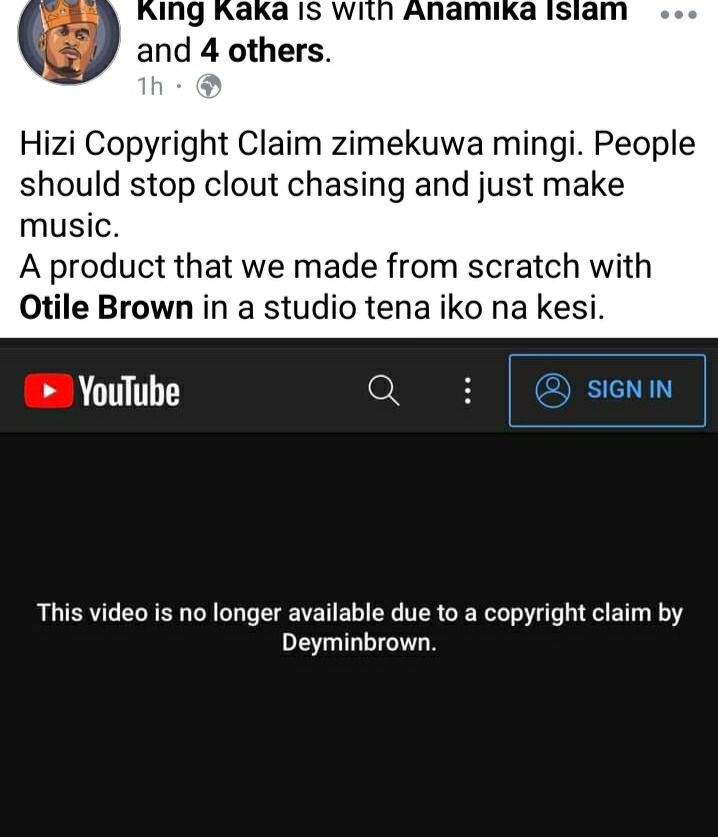 This comes a day after drama between Ndovu ni Kuu hit maker and an upcoming musician who said he was Kenyatta University ambassador.

After threatening to take action, Krispah agreed on paying the claimer 200k and returning the video to YouTube.

New Line Up In politics As Bahati Warns Sifuna Over A Bribe Of 300,000 Shillings From His Opponent

Opinion: The 'Asimio' And 'Heroo' Tags Are Doing More Good Than Harm To Martha Karua