By Nellie (self media writer) | 9 months ago 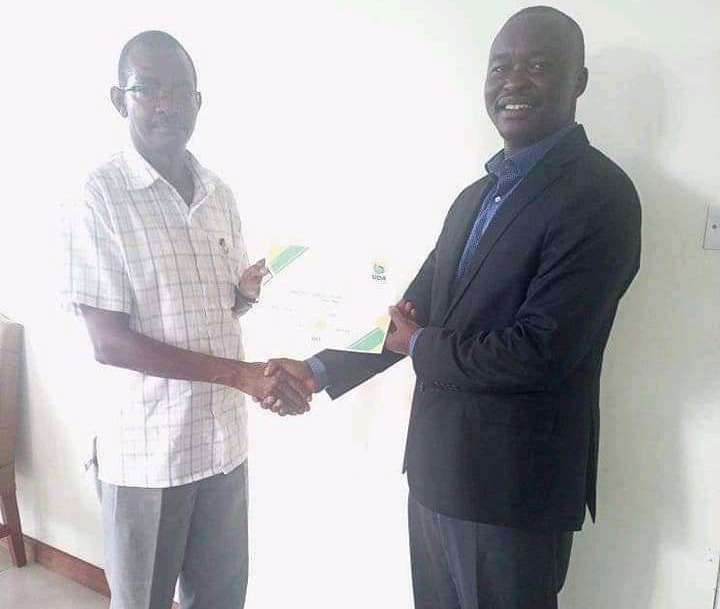 Benard Kitur has been handed UDA certificate just a day after the National Elections Board nullified the nomination of Nandi Hills Mp Alfred Keter. 

According to credible sources Bernard Kitur was handed the certificate even though earlier results shows that Alfred Keter had won.

This comes few hours after Alfred Keter had said to his supporters that their prayers and Unconditional love will set the captivity of Nandi Hills free from the den. 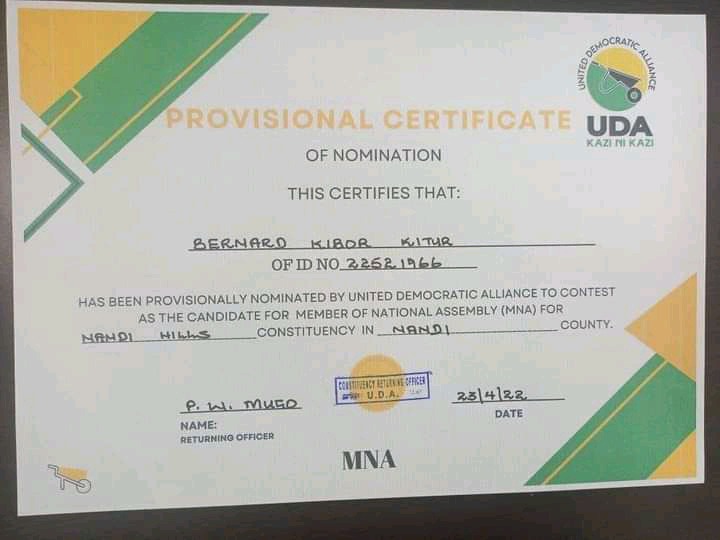 Alfred Keter is yet to issue an official statement but has hinted that he is contemplating on his next political move.

Alfred Keter has been at loggerheads with Dp Ruto who is the leader of UDA party and is on record claiming that Dp Ruto is corrupt.

Several Dp Ruto Allies which included Oscar Sudi, Caleb Kositany, Stephen Sang, while speaking at a past funeral ceremony of Late Wesley Kogo( who was to contest for Nandi Hills UDA nominations) had hit out at Alfred Keter and urged the residents not to vote for him. 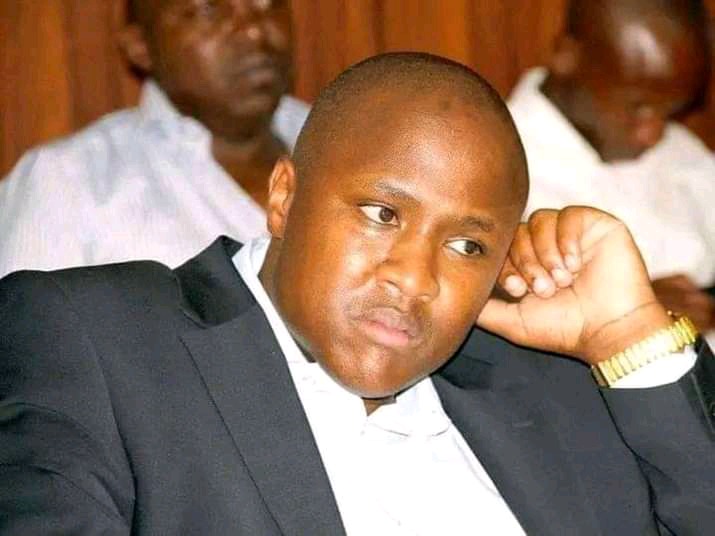 However Alfred Keter defeated Benard Kitur who challenged the results citing among other reasons Stuffing of ballot papers and delay in transmission of reaults.

This act by UDA party has made some of Kenyans question whether it was a democratic move to hand Benard Kitir UDA certificate.