Lionel Messi Pointed With A Gun In His Recent Saudi Arabia Visit.

Recently Lionel Messi visited Saudi Arabia For a match that was to be hosted at Saudi Arabia.Lionel Messi received a nasty shock when a soldier's gun was pointed towards his face as he was escorted to the Saudi Arabian Airport.There were frantic scenes at the airport when the Barcelona star ma arrived with his club.During the melee one of the guns belonging to a soldier protecting him ended up near Messi’s face and for a split second the footballing maestro appeared to be stunned by the commotion. 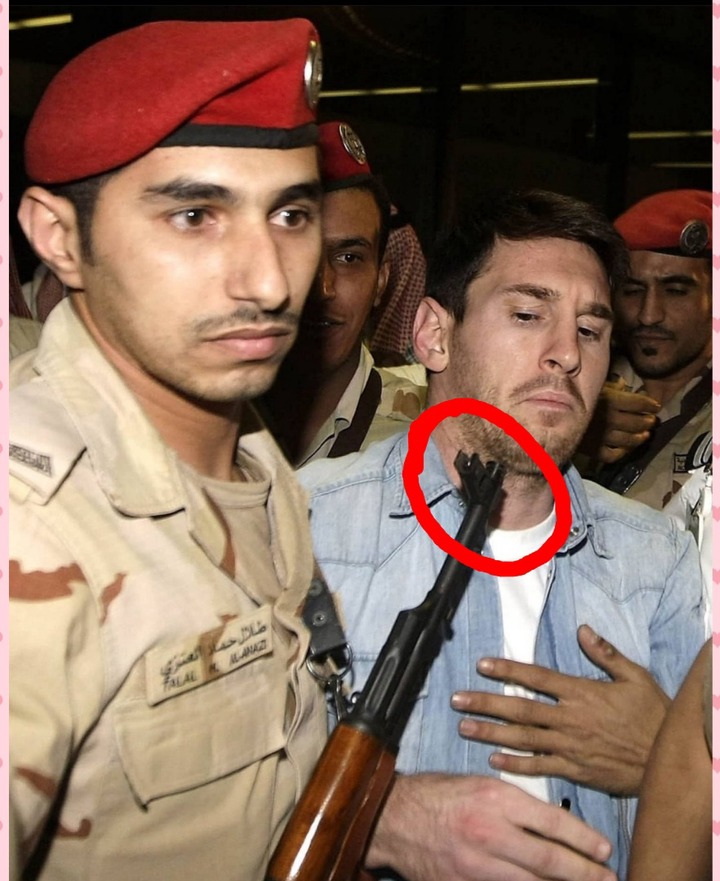 Luckily for the father of 3, and the rest of football, nothing ontoward occurred and the world's best player was eventually able to make his way to the airport.But the 34 year old focused on to avoid anyone with a gun again rather than concentrating on the game after being caught at the wrong end of a rifle.Many European newspapers have mocked the picture. The headline of Spain's Sports.es was “Sultan Messi.” 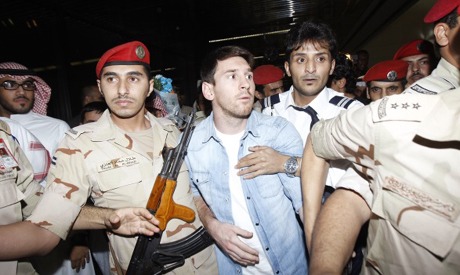 “It’s not a warm welcome. It’s scary to death” reads a comment on Twitter about the picture while another user wrote “Believe me Saudi people, if Messi got hurt this would cost you much of your oil.”Thousands of Messi's fans have made jokes about the pictures on the internet and the saga is still ongoing 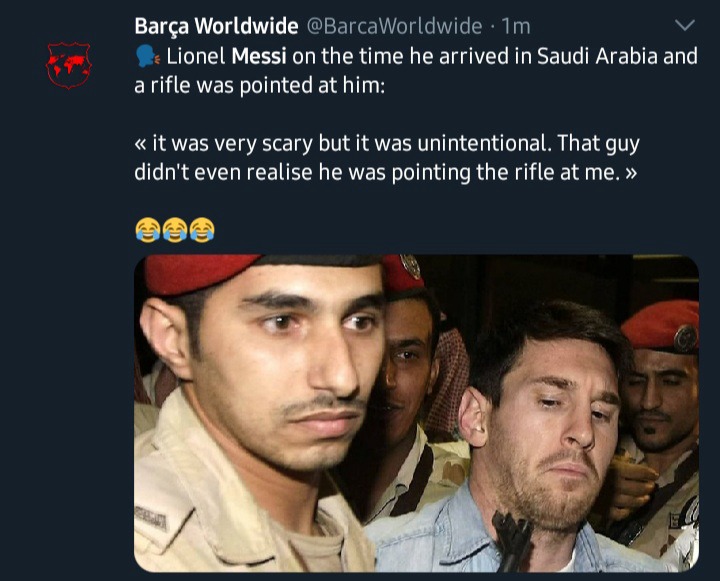