By KevinGatesKenya (self media writer) | 25 days ago 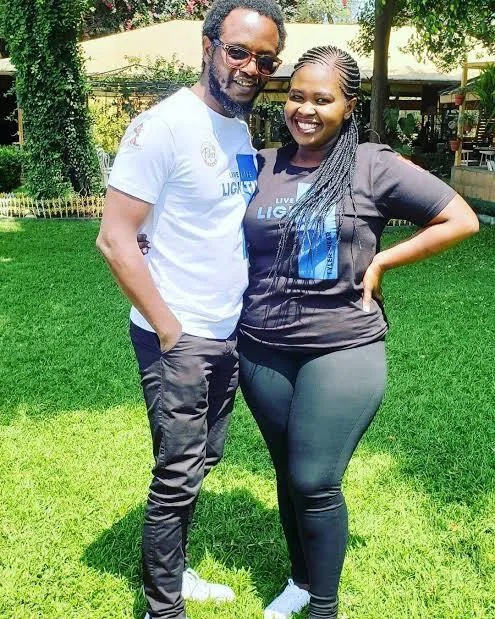 The lovebirds have been in Mombasa for three days, and some of their fans believe they will be expecting their third child together very soon as a result of their recent intense love. Hamo and Jemutai didn' t travel with their two children and shared a series of videos on their respective Instagram handles, and they seemed to enjoy their time together. Hamo can be heard telling his second wife how beautiful she is in one of the videos. 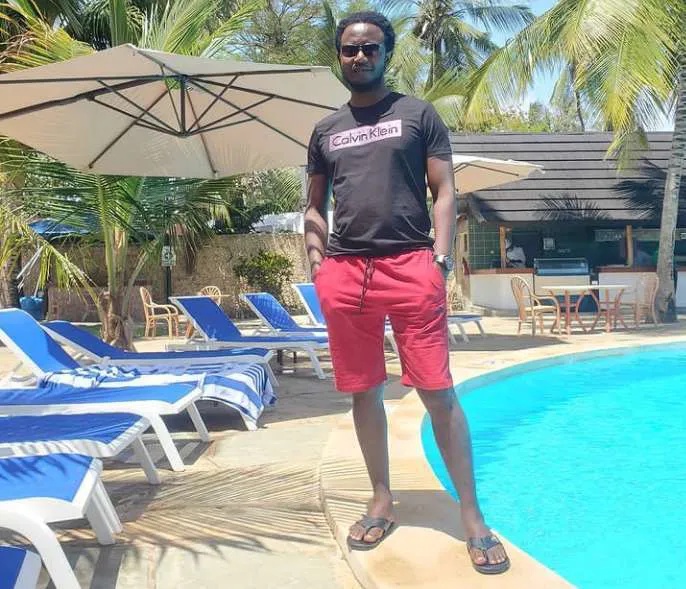 " You have a fantastic appearance. We' re going on a jet ski today " " said the comedian. "

After the mother of two exposed her baby daddy for neglecting their children, the content creators reunited a few months ago. Everyone blamed Hamo for abandoning Jemutai after their story went viral. However, it appears that the two have already reconciled and resolved their differences. 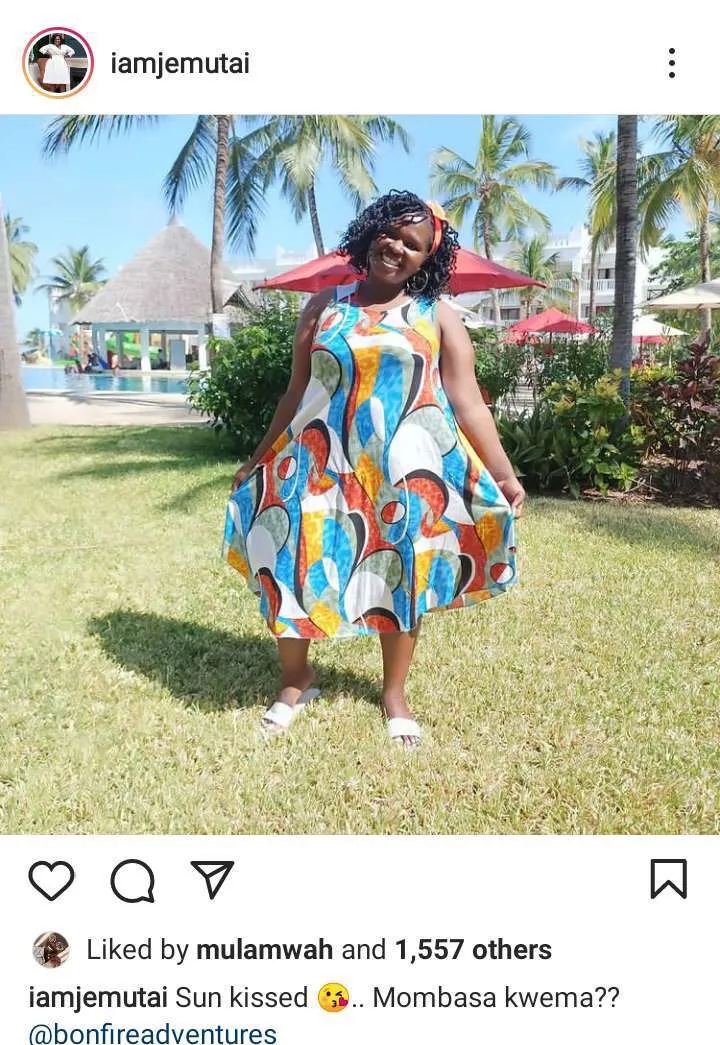 Hamo recently announced that the Churchill Show' s comedienne would be his second wife. He stated that he had come to realize how much he adored her. They had made the decision to put the past behind them and move forward.

On September 19, Hamo was compelled to accompany his son to church with Jemutai. They (Hamo, Jemutai, and their children) had lunch after the service, and they all appeared to be happy in the videos he shared. Hamo claimed in the tapes that he went to church as part of his son Jeremy' s assignment. 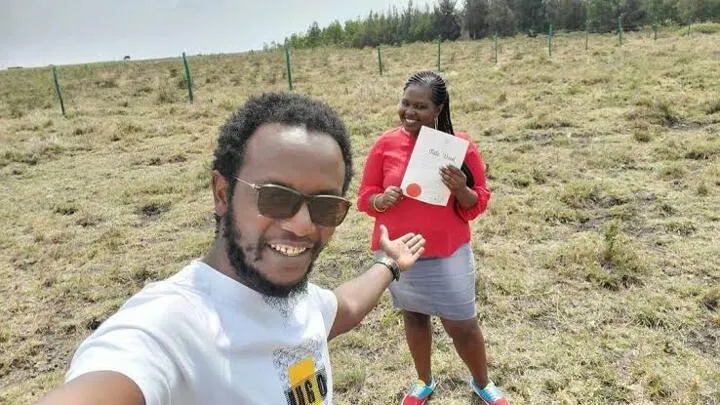 " As part of CBC, Kijana aliambiwa aende kanisa aone (Jeremy was requested to go to church and visit) the Father, and we were required to attend the entire mass. It is a task to visit a church and speak with a priest " he stated

Since then, the pair has been living together and sharing videos of their gorgeous little family' s progress. Many people are wondering why Hamo isn' t showcasing his second wife after seeing the recordings. He is so engrossed in Jemutai that he has completely forgotten about his third wife, with whom he has three children.

Jemutai exposes Hamo over being a deadbeat father.

Last year, Churchill comedian Stella Koitie, better known as Jemutai, revealed the father of her two children for the first time. Life had become difficult for her, and she had no choice but to seek assistance in raising her two children. 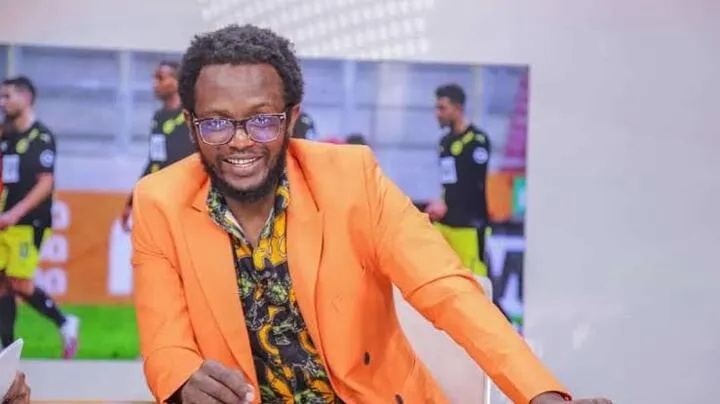 Jemutai, who is known for her humorous Kalenjin quips and legendary gouard of ' mursik, ' has revealed that her fellow comedian Herman Kago nicknamed Professor Hamo is the father of her child. Jemutai revealed to controversial blogger Edgar Obare that the two have been dating since 2015, after meeting on the set of the Churchill program. 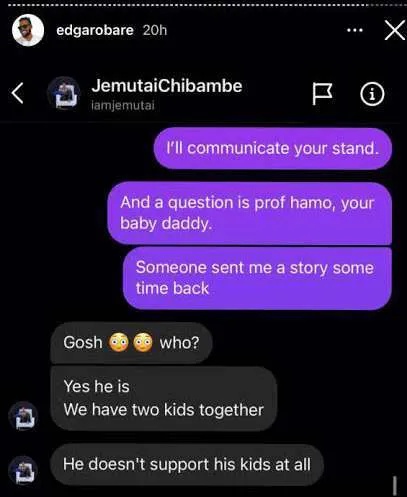 Jemutai exposes Hamo over being a deadbeat father. screenshot.

However, when the pandemic hit in 2020, they split up. Since then, jemutai has revealed that she has struggled to raise both of her children without the assistance of Prof. Hamo.

" Yes, Hamo is the father of my child. We have two children together, but he doesn' t look after them at all, " Jemutai added.

Hamo denies claims and requests for a DNA test.

Hamo issued a statement on Instagram, claiming that he has always provided for his children and that they have never gone without basic necessities. 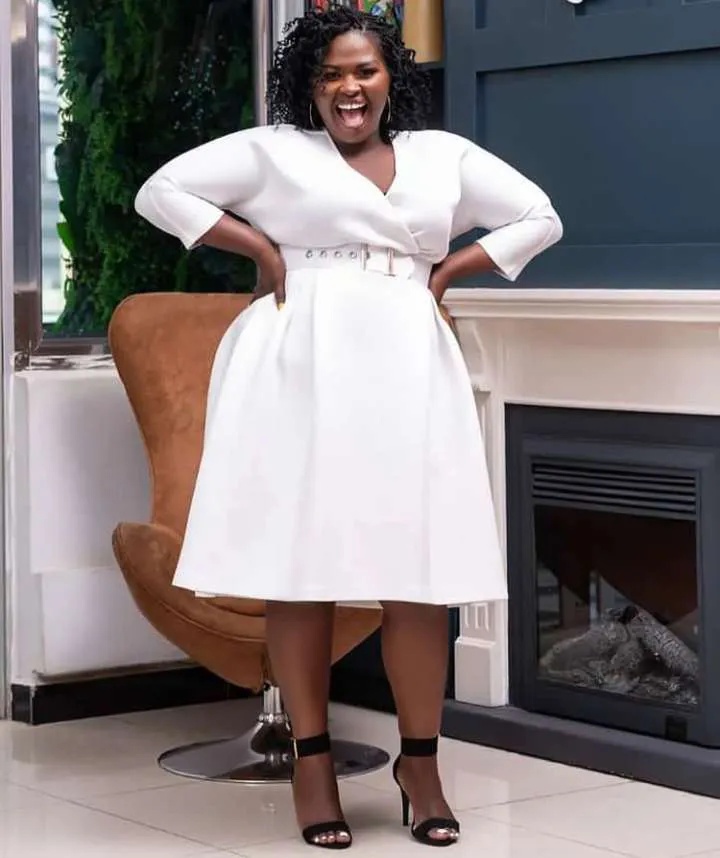 " My wife pays for the care of our children who do not reside with us. " This is the agreement between my family and the children' s mother. "

Hamo went on to say that he wanted to protect his children and their privacy rather than indulge in mudslinging.

" When people aren' t able to receive all they want, especially when unexpected hurdles appear, " he said, " they can get frustrated. "

I' ve always been a present father to all of my kids, and I' ll continue to work and care for them. "

He ended by saying he was at a loss for words since he didn' t understand where all the accusations came from, but that he prayed for peace. However later on Hamo asked for DNA results which angered Jemutai so much. The results turned out positive and Hamo had no option but apologize and take up the responsibility of taking care of his kids.

Reuniting and going back to the drawing board

Hamo and Jemutai have subsequently reconciled and are now one of the country' s most well- known couples. The two claimed that they had gone back to the drawing board and identified the source of the problem in their new show, branded " raw and Candid. " 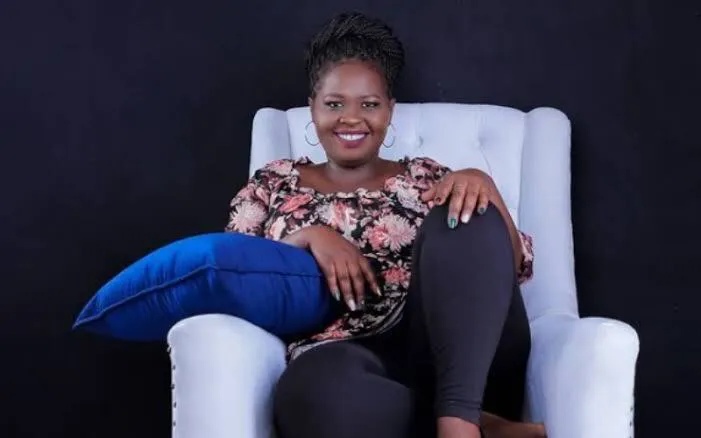 One thing they understood was that they didn' t communicate well, which was the root of their problems. Jemutai admitted that, while Hamo bore the brunt of the criticism, she was also to responsible. She had cut ties with Hamo and only called him to ask for help with the children' s care.

However, the two have forgiven each other, and it is rumored that they will soon have another kid. Anyway, let us await the exciting news from the horses' mouth. Leave a comment below, and don' t forget to follow me on Twitter for more intriguing celebrity tales!