In the past few hours or so, renowned singer Stivo Simple Boy real name Stephen Otieno Adera has been making the headlines. 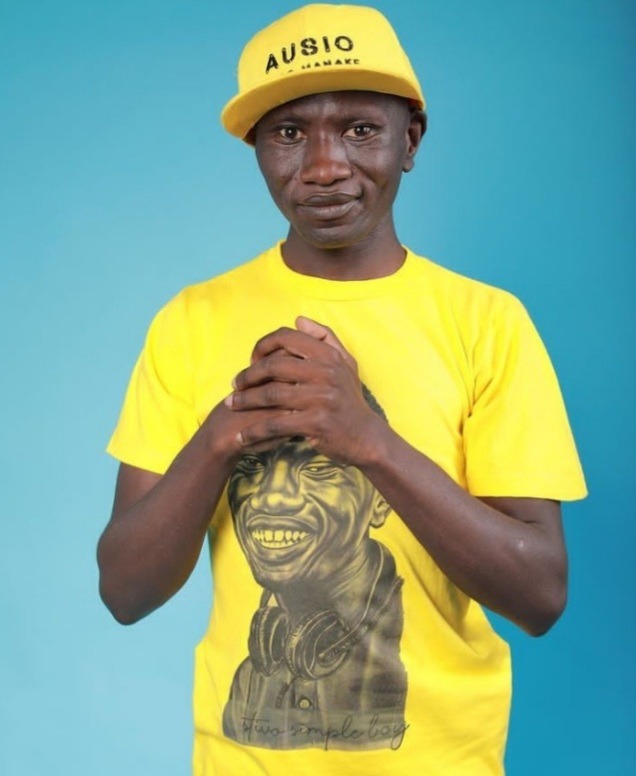 This is after reports went rife that he had proposed to his alleged girlfriend by the moniker of Gee.

A video that has since gone viral showed the 'Freshi Barida' hit maker being dressed in white, and going down on one knee to ask the big question.

It was clear that the beauty queen said yes, as he proceeded to put a ring on the fourth finger of her right hand. 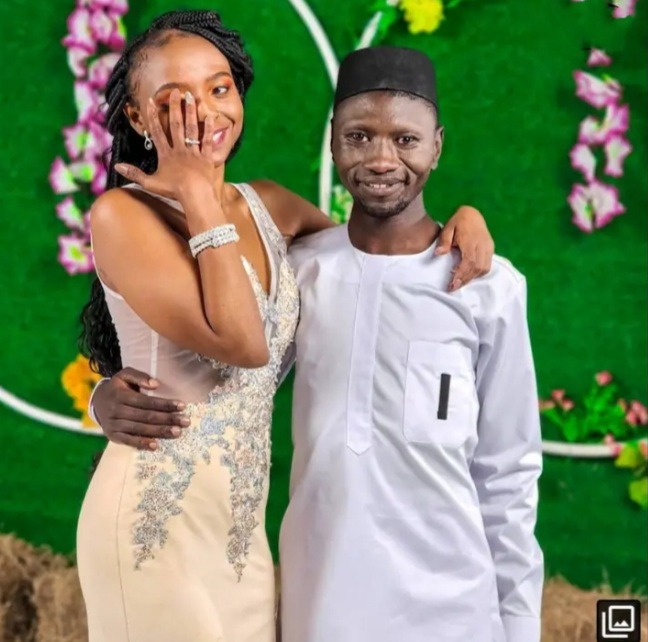 Here is the link to the video that elicited mixed reactions.

As the news of Stivo Simple Boy's proposal are still making the headlines, his ex-lover Pritty Vishy has also reacted. 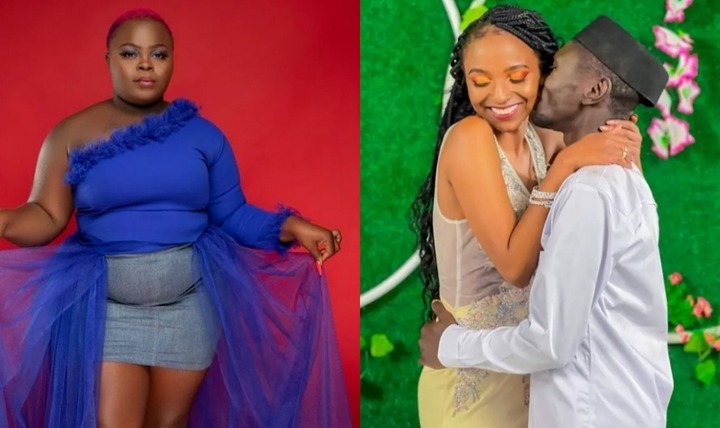 This was via a Q&A session that she recently had with her Instagram followers, where some took the opportunity to inquire about her thoughts about the whole thing.

In her reaction however Pritty Vishy laughed out loud, but still further said that she was happy for Stivo and Gee with regards to their love life. 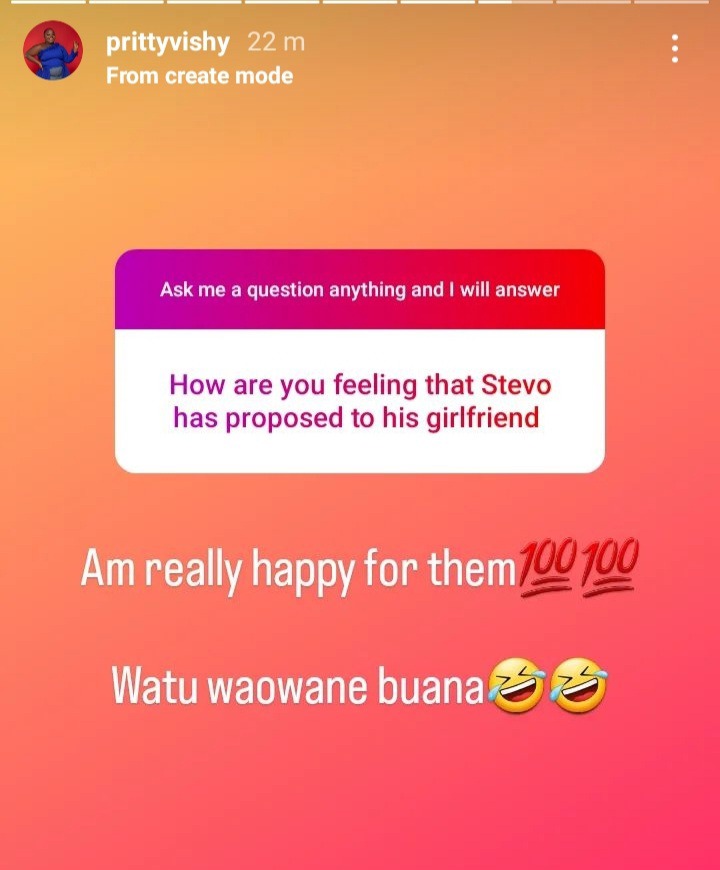 When one fan asked if she regretted leaving the singer after seeing him proposing to another woman, her answer was that she did not regret at all as shown below. 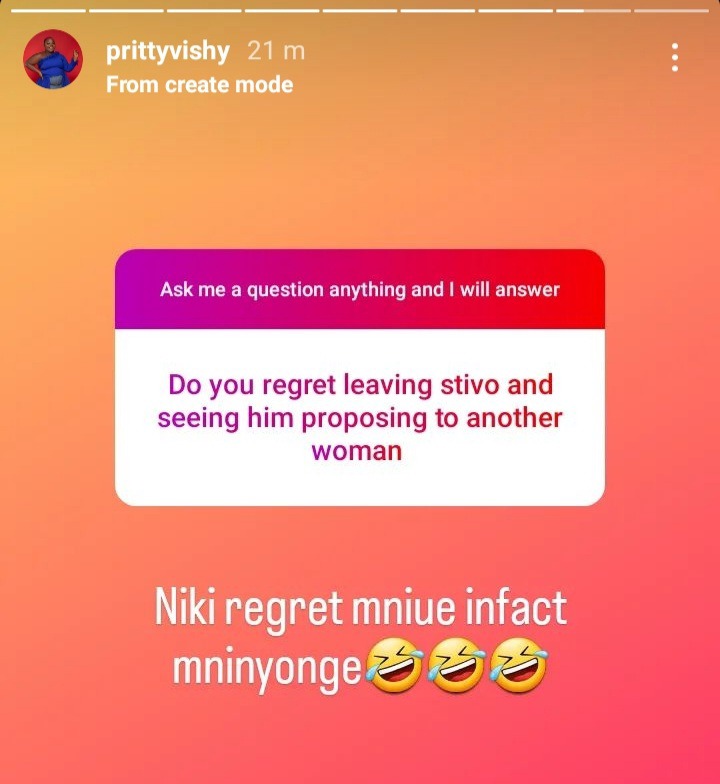 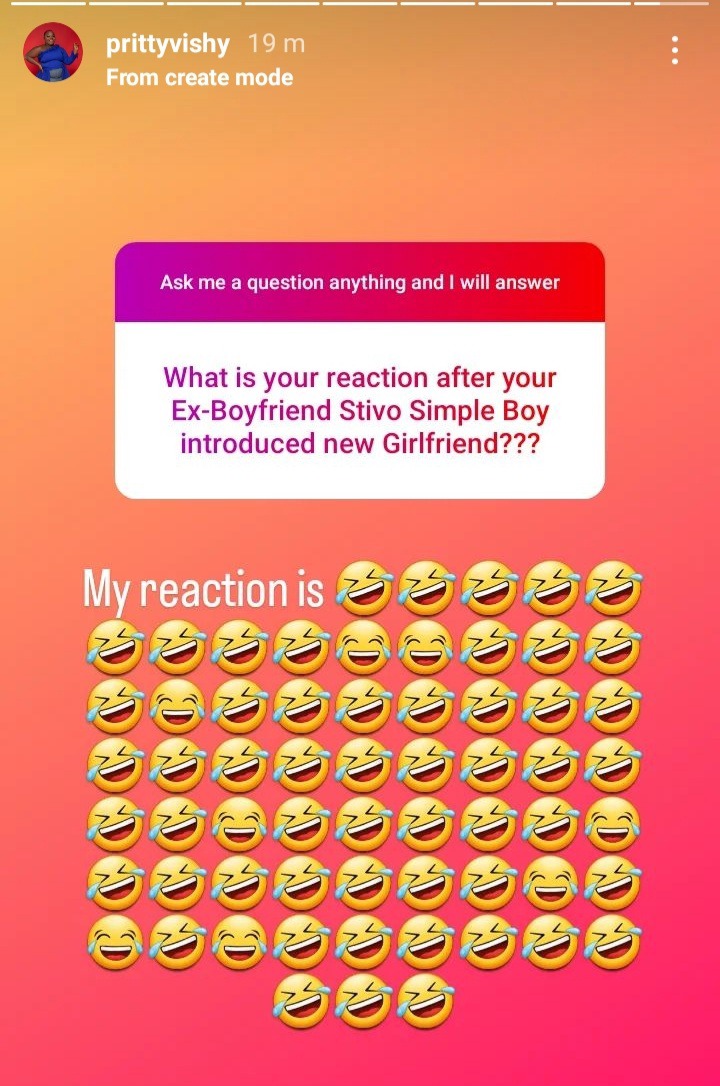 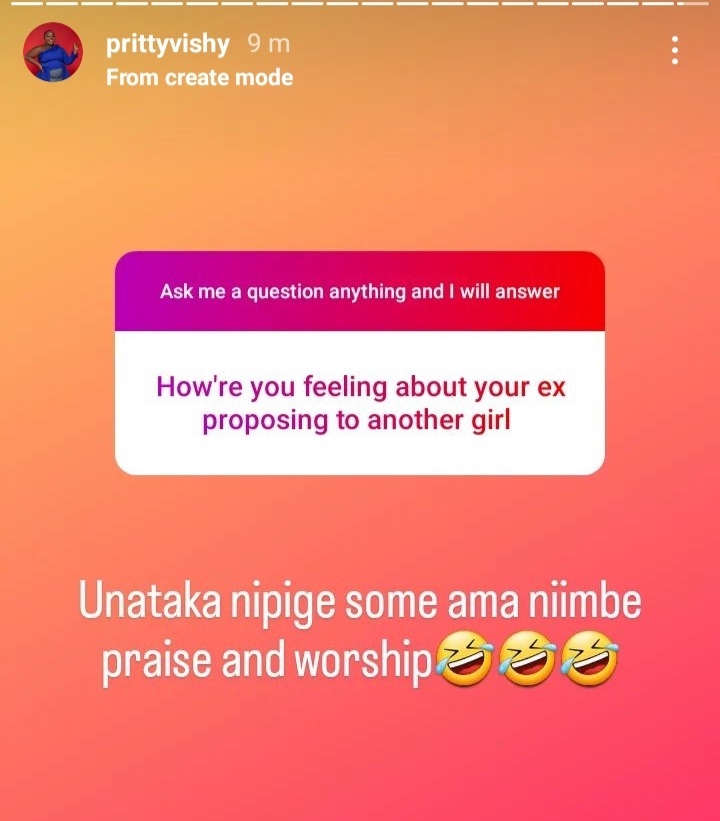 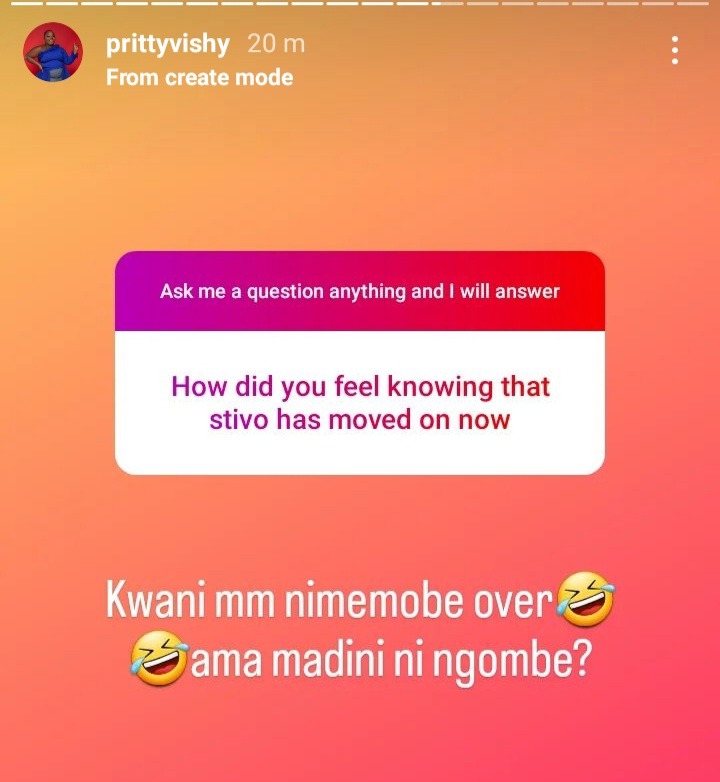 According to reports Stivo Simple Boy dated Pritty Vishy for about three years, before the two ended their relationship in January this year

At the time, she claimed that the reason for their break up was how the singer did not stand up to defend her against his management and family members.

Pritty Vishy said that Stivo Simple Boy just used to listen to what his management said, even though it was against her thoughts. 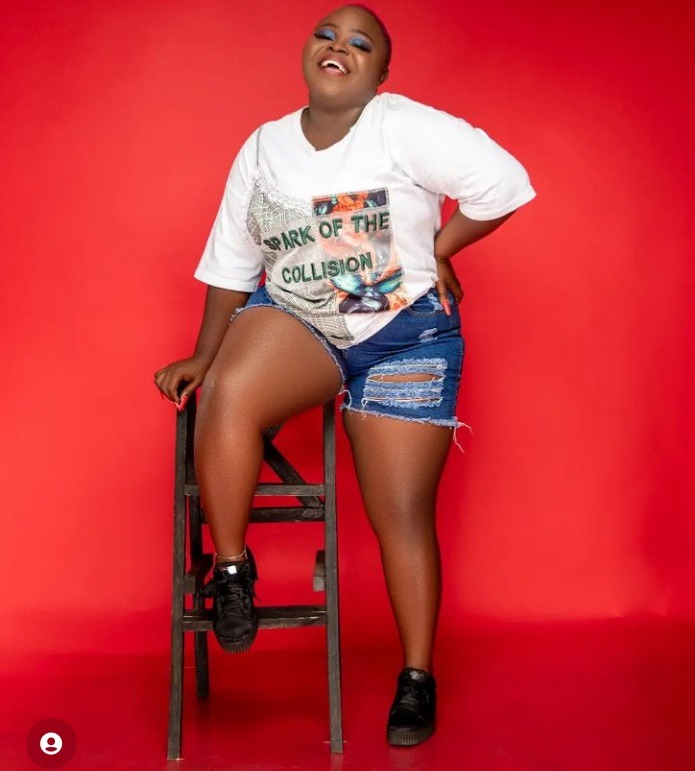 The fast-rising singer however later explained his side of the story, and claimed that he was the one who actually dumped the upcoming content creator.

He also laughed off claims that his management played a part in their break up, and claimed that Pritty was just chasing clout with his name.

After their break up however Pritty Vishy moved on to date singer Madini Classic, and the two have been flaunting their enviable couple goals to their followers for sometime now. 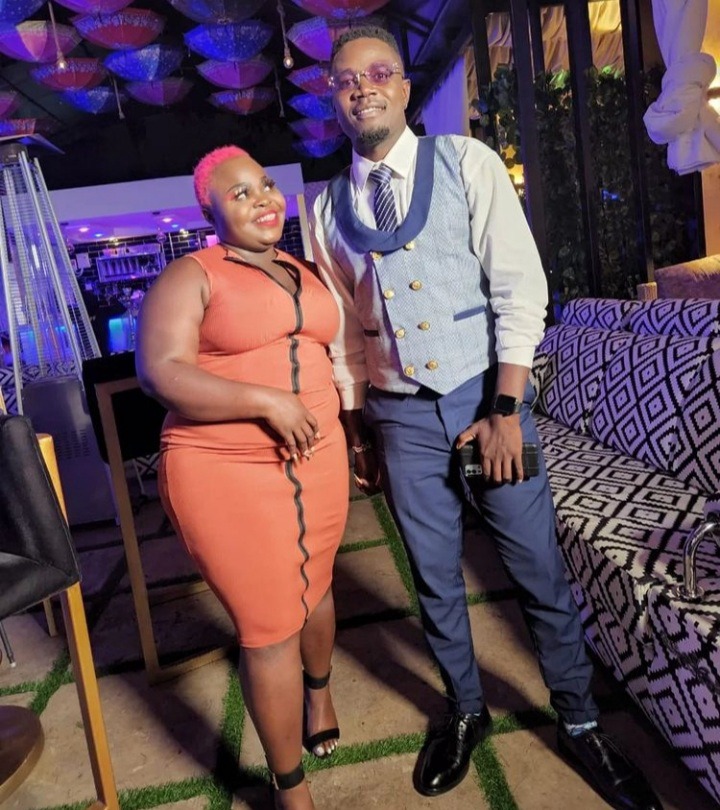 Even though many netizens claim that their relationship is just a clout-chasing exercise, the 22-year-old content creator has always claimed that their love is genuine.

Is She Chasing Clout? Vera Sidika Releases A Song After Weight Loss Surgery That Almost Killed Her

Belgian Tycoon Reveals Why He Sent Ksh107 Million to Kenyan Girlfriend, Seeks to be Enjoined in Case