Kenya is filled up with many celebrities in almost all fields. Be it in the tv industry, entertainment industry, music industry or sports, kenyan is not short of celebrities. One of them is Kambi Wajesus.

Kambi Wajesus is a Kenyan Celebrity who has quite alot of followers on his online platforms and admires on you tube. Born as Peter Kabi, the 29 year old was raised in Kayole and studied film at Kenyatta university.

Kambi is a comedian and gospel artist who is skilled and talented photographer. Alongside his wife Milly, they run an enterprise together.

As a married man, Kambi has attracted several followers due to his marriage life and most of them admire his lifestyle, making him earn the name and image of a good boy to many. 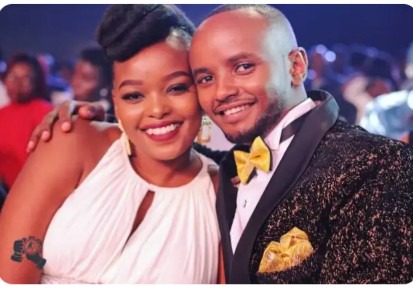 However in the recent past, Kambi was in the news for siring a kid with his blood cousin, claims which he strongly denied. However when DNA tests were conducted, they proved he was the father and he accepted. This incident led some of his followers to have some negative attitudes towards him.

In more stunning Revelation about the Celebrity, he spoke more about himself in an interview with Mungai Eve and Kambi wanted Kenyans to stop thinking he is a good man. 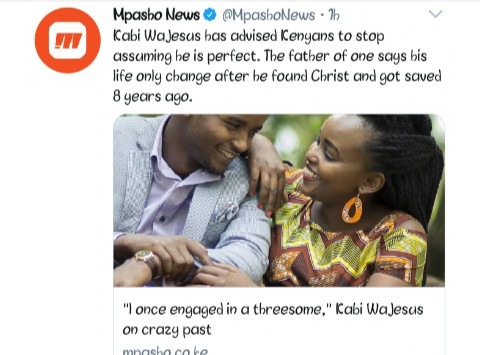