By Eaglelift (self media writer) | 9 months ago

Singer Willy Paul and the Saldido records boss has announced his bid for Mathare parliamentary seat.He claims to be the change that the Mathare people have been waiting for.In a post on his facebook account,he captioned "Are you ready Mathare ?let's bring that change" 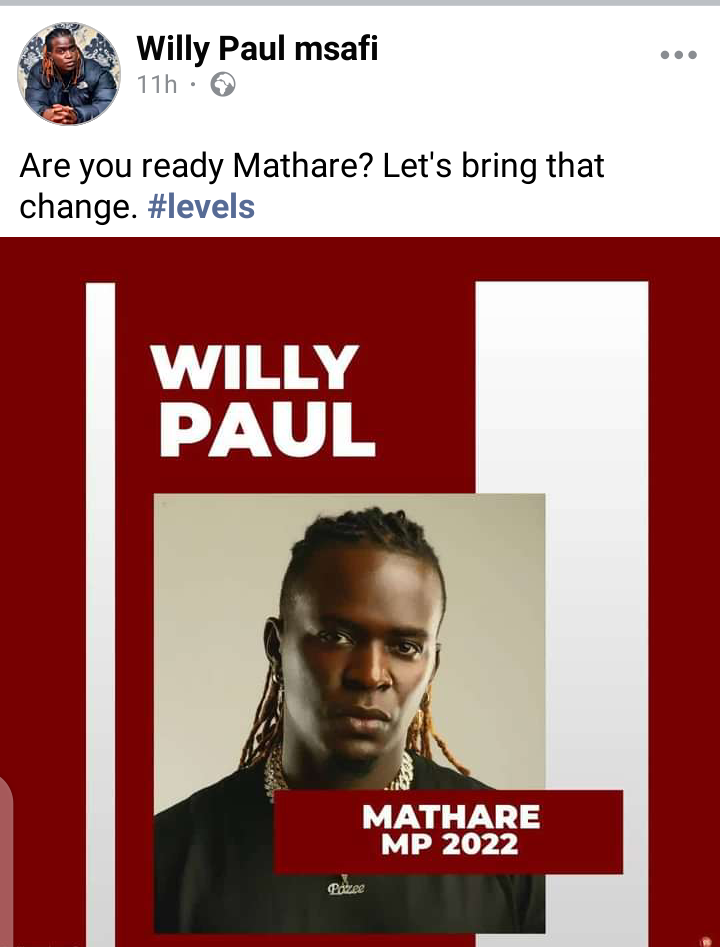 However, the controversial musician has not yet revealed the political party he's to use to unseat the current member of parliament.The seat is currently held by Tom Anthony Oluoch of the orange democratic movement. 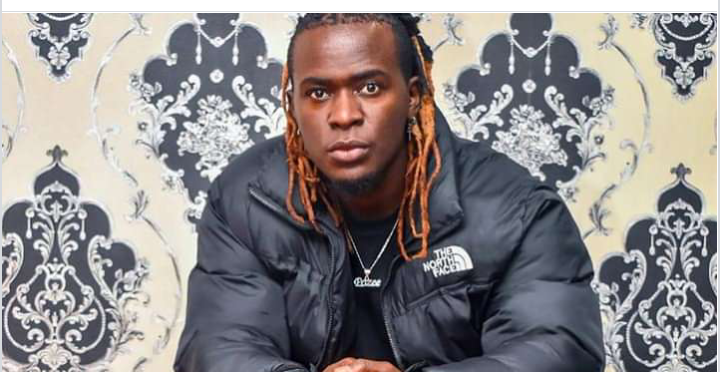 The Sitolia hitmaker join a list of other celebrities who have expressed their interests to venture into politics in the upcoming 2022 general elections. These includes radio personels Jalango and Alex Mwakideu ,comedian Mc Jesse and a few others.

This willy paul announcement comes few days after he was accused of trying to rape upcoming rapper Diana B an accusation he denied claiming it was just ment to soil his name and ruin his music career. 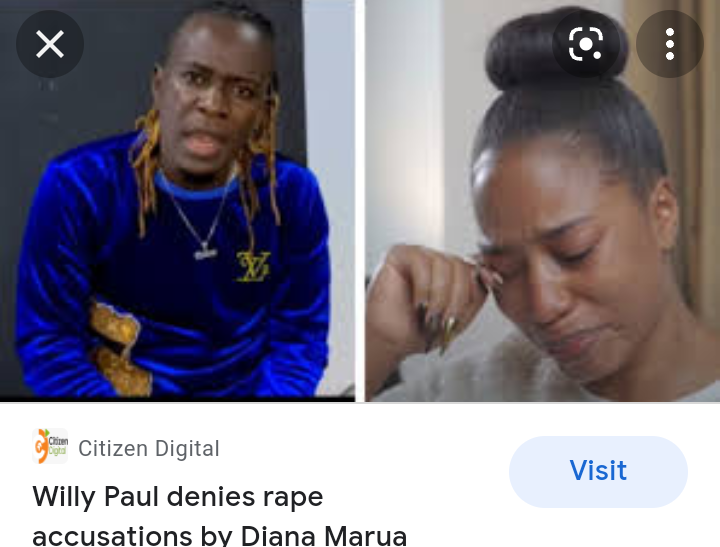 Babu Reacts to a Photo of CS Matiangi Sharing a Light Moment With Ruto, Gachagua

State House: Ruto Goes For A Bigger Portrait Than That Of Uhuru As Matiangi's Smile Excites Kenyans

Signs you are not drinking enough water

Babu Owino Reacts To Matiangi's Behaviour Around Ruto, Accuses Him Of Conning Raila