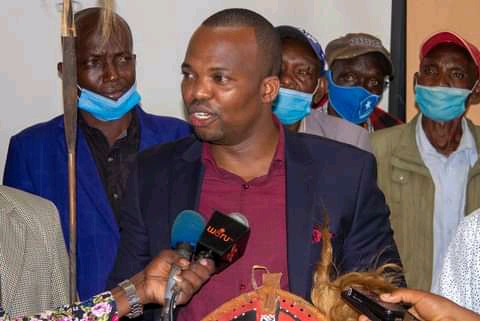 Renowned Churchill show comedian, Jasper Muthomi, who is popularly known as MC Jessy is among the recent celebrities to declare interests in politics.

Jessy who comes from Igonji, South Imenti constituency in Meru county declared that he will be in the race for the South Imenti parliamentary seat come 2022. The comedian said that he had sought blessings from the elders who pushed him to go for the precious seat.

Since the day he announced his candidature, various political parties have been salivating to have him in their camps. Meru residents have as well been pushing Jessy to join one of the top political parties so as to increase his chances of clinching the seat. Among the parties that have been proposed to Jessy include; UDA party, ODM party and Jubilee party. 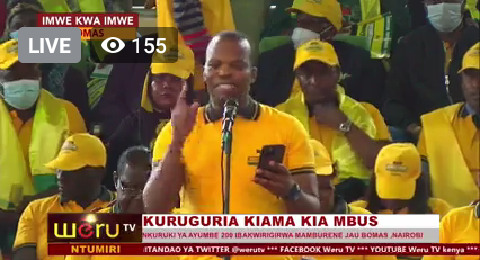 However, the comedian has today declared the vehicle that he will use in 2022 elections. Jessy will use the Devolution Empowerment Party (DEP) which has been launched by Meru Governor, Kiraitu Murungi.

Speaking during the DEP launching event at Bomas, Jessy has said that the party is the real deal for Meru people as it focuses on fighting for their interests. He also congratulated governor Kiraitu for always standing for Meru people in times of need. (Watch video from 2hrs 6 min).

Jessy has also promised to popularize the party in the grassroot level. Jessy now joins Jalang'o in the list of comedians who want elective political seats. Jalang'o will be battling it out for the Lang'ata parliamentary seat and is eyeing for the ODM party ticket.

The symbol for DEP party is a bus. Meru people have gone ahead to give the party the name 'Mbus'. 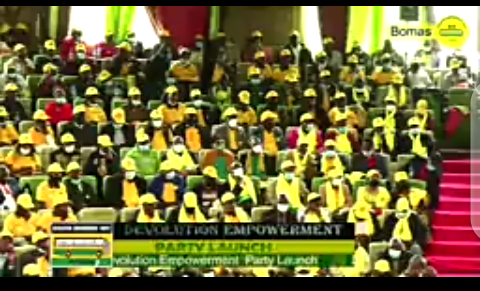