Most Kenyans are in talks and it is fueled by the song released by Diana Marua. Diana is the wife to Kenyan former gospel singer, Bahati who switched to secular music in the past few years. The couple had been on the screens, social media pages and the press for all the reasons and many Kenyans have become their followers.

However, there have been large criticism on Diana for marrying Bahati since Bahati is way younger than his wife, Diana. Actually many people blamed Diana and claimed she married Bahati because of his fame and money and that she just wanted to gain publicity.

But the lovers have managed to brush off the words from seemingly haters and they are doing well as husband and wife.

To show her support to her husband's career on music and maybe to prove she is also a talented singer, Diana went to the studios and released a song named 'Hatutaachana'. 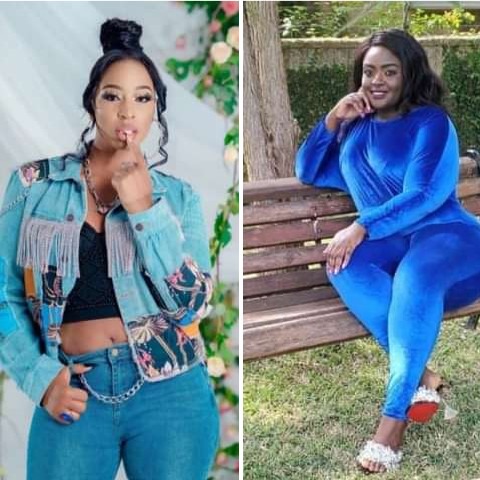 The song wet viral and within hours, it had hit over 100k views on youtube. However, many Kenyans criticized Diana's singing skills and advised to her cease music. One of such is Former Nairobi Diaries Cast Maureen Imbayi popularly known as Black Cinderella.. 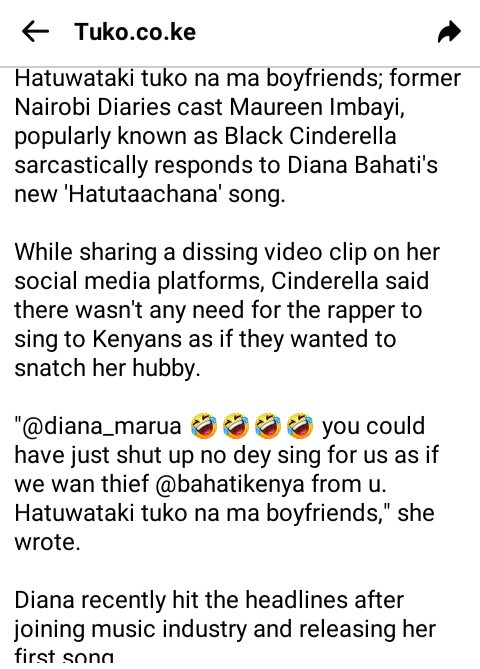 Revealed: How Famous Journalist's Brother Took His Life as His Mother Watched Helplessly

BREAKING: Nine Dead, 3 From Same Family After a Horrifying Night Accident In Homa-Bay