By Wycombenewske (self media writer) | 21 days ago

Africa is a vast continent with a rich and diverse culture and traditions. This wealth and diversity ensures that Africa is served with some of the world’s greatest artistic talents.

To celebrate and honor this wealth and diversity, we have compiled a diverse list of our favorite famous African artists who are still alive today. 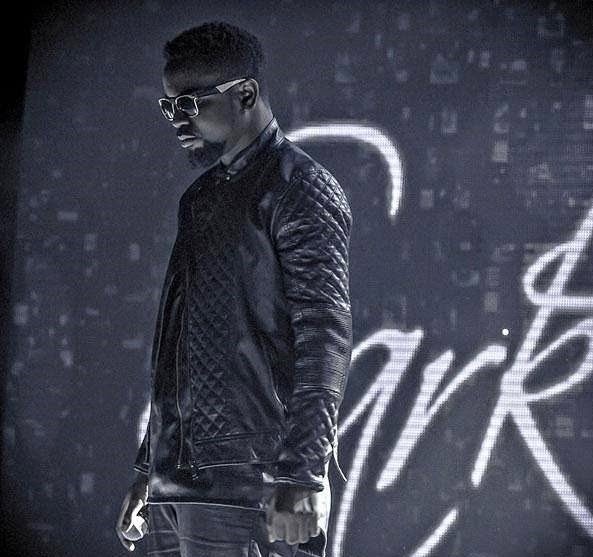 From his humble beginning as an underground rapper, Michael Owusu Addo (1) who is popularly known as ‘Sarkodie’, rose to fame through his single debut by the name ‘Baby’. Being the first Ghanaian (2) to win BET Award, Sarkodie has received the most nominations by any Ghanaian standard.

This is evidenced by the fact that he was billed as the 19 most influential Ghanaian of the time, a great fete in a continent that still ‘worships’ politicians to the demigod status. Sarkodie has been a staunch advocate of Azonto, a popular African music genre that owes its roots to the traditional Ghanaian Kpanlogo dance.

His first single, ‘Mewu’, from his fourth Album became an instant sensation upon release with sales topping 4,000 copies on its first day of release in Accra Ghana. Billed by Forbes as among the “Top 10 Richest/Bankable African Artists,” Sarkodie has definitely etched his mark on the African entertainment scene. 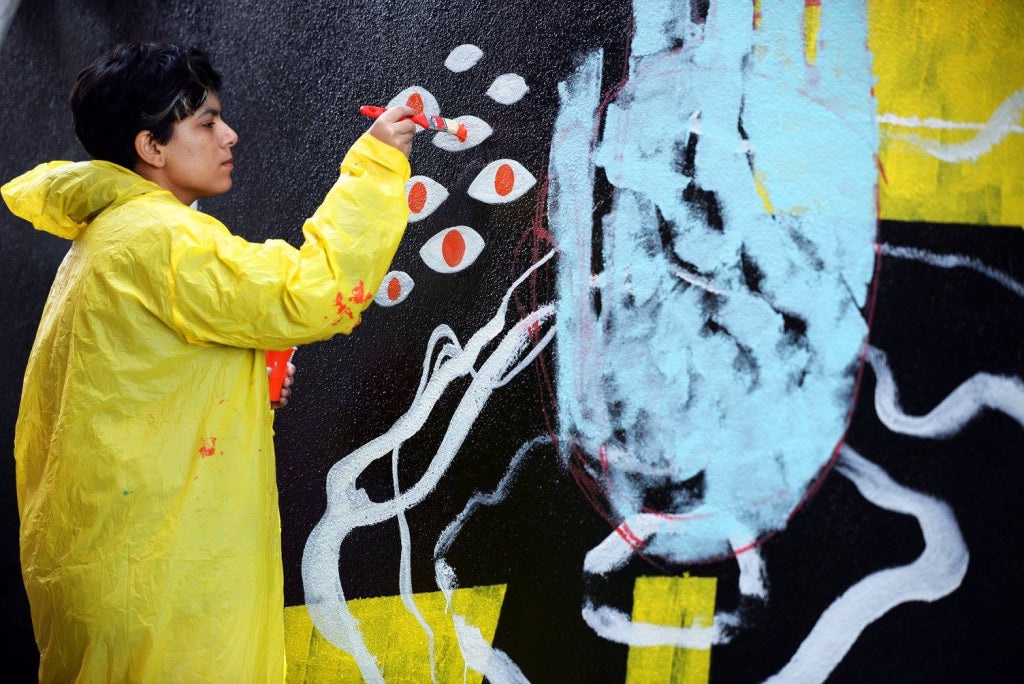 Aya Tarek (3) is a street artist (graffiti) who came to fame during the ‘Arab Spring’ – a political uprising in Egypt (4) that ended the long reign of dictator Hosni Mubarak.

She used her graffiti to express political views and communicate to the world about the feelings and sentiments of the Egyptian people protesting against the autocratic regime.

Apart from grafitti, Aya Tarek has also participated in film creation. She has featured in Microphone, a film created by Abdallah whose primary theme is about art scene in the Alexandria Metropolitan. She has also featured in her own masterpiece, "How to F*ck Your Mind", which is an explosive expression of her views.

Her niche, using graffiti to communicate political and national issues, has made her uniquely positioned not only as the voice of the voiceless in the gravely censored media space in Egypt, but also in the Arab world. 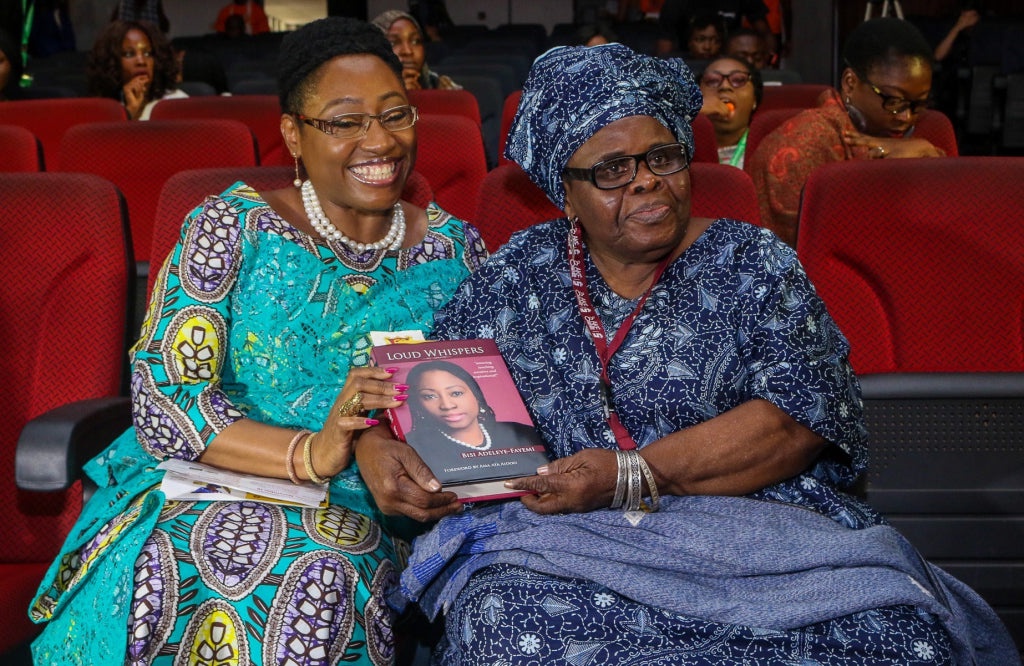 Maybe too big for this list, Ama Ata Aidoo (5) is much more than an artist. Apart from being a playwright, poet, and author, she is also a scholar, a politician, an administrator, and philanthropist.

She has been a Minister for Education under Jerry Rawling’s regime. Aidoo is currently running Mbaasem Foundation which she established in 2000 as an organization dedicated to the promotion of African women writers.

She has more than a dozen titles to her literary work. The most famous of them being ‘The Dilema of a Ghost’, ‘Our Sister Killjoy’, and ‘Anowa’. 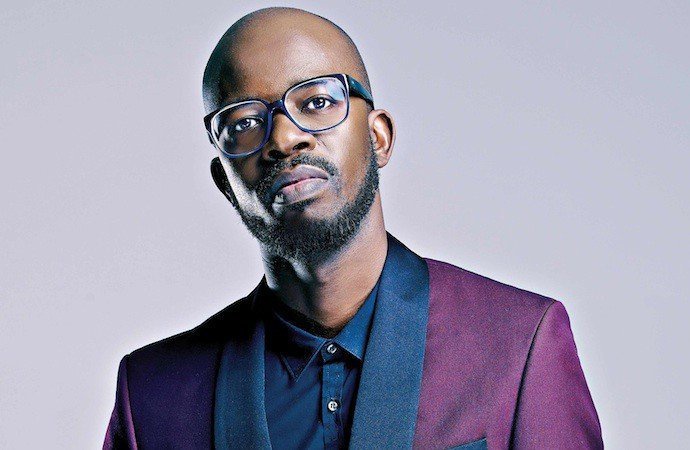 Born in Kwazulu Natal, Nkosinathi Maphumulo (6), popularly known as ‘Black Coffee’, is a multi-award winning artist who has collaborated with world-famous musicians such as Alicia Keys, Drake, John Legend, and Usher, among others.

One of his famous masterpieces is “We Dance Again” from “Pieces of Me” album that catapulted him to global fame. To his credit, he is the first South African (7) to win BET Award. In addition, he has won DJ Award for Best Deep House, plus three other South African awards.

His Soulistic Music, a leading management and record company, has been able to sign off releases from Zakes Bantwini, Culoe De Song, and Tumelo. All of them made spectacular achievement in gold and platinum sales. 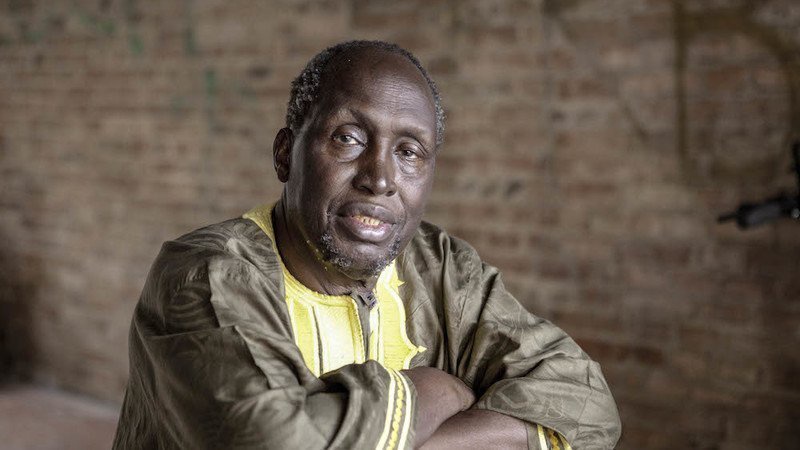 Once imprisoned for his theatrical arts, Professor Ngugi Wa Thiong’o (8) is a renowned playwright and literary scholar from Kenya (9). He has worked extensively while in exile in the United States.

He has produced various literature works and drama pieces. As a persistent advocate of decolonizing the African mind, Ngugi Wa Thiong’o has used his literary works to educate Kenyans in particular and Africa in general, against cultural colonization by the West.

It is from this grounding that Ngugi Wa Thiong’o writes extensively in his ethnic Kikuyu language and then makes translation to other languages including Swahili and English. He is one of the rarest few scholars who write in their own ethnic languages.

Billed over the ages as a potential candidate for Nobel Prize in literature, Ngugi continues to inspire many, especially in his persistent message of mental decolonization. Maybe this is one of those unpalatable subjects that the West-dominated Nobel Prize Committee won’t love to entertain. 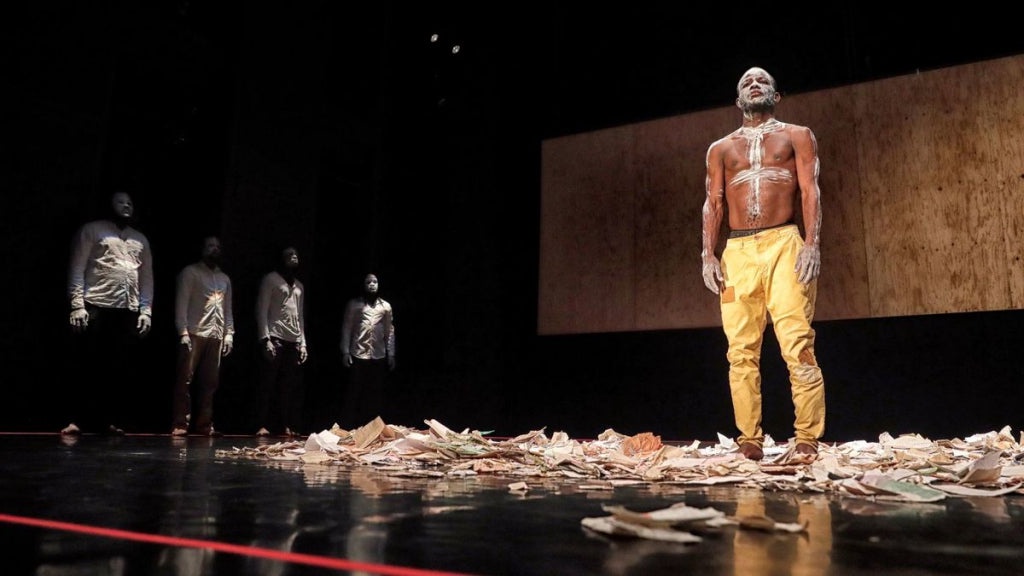 A master of the dance theater, Faustin Linyekula (10) is well-known in the international choreography arena as a great dancer. He is mostly associated with Studios Kabako, located in the Democratic Republic of Congo (11), which he created by himself.

The studios are dedicated for dancing. Faustin has participated in so many international dance festivals. Some of these include Suresnes Cités Danse Festival, Festival d'Avignon, Le Cargo, Dinozord, Avignon festival, among others.

He has also made collaborations with other dancer groups, notably, Ballet de Lorraine, and Sans-titre. Apart from dancing, Faustin has promoted choreography in Africa as one among Africa’s eminent personalities with regard to this profession.

Faustin still has a lot more to offer the world in general, and Africa in particular – in as far as international professional choreography is concerned. 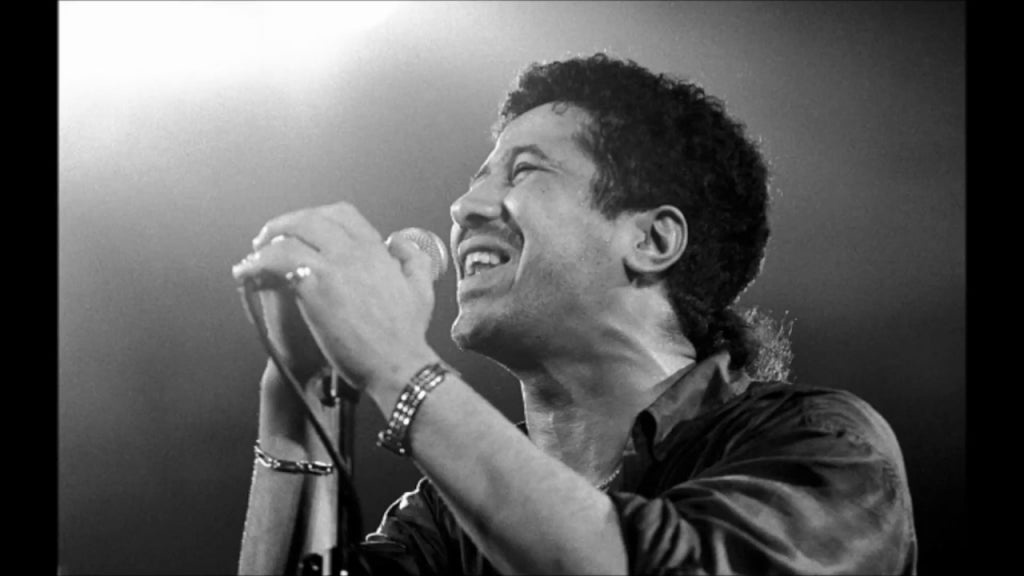 Famously known as “the King of Rai”, Khaled is an Arabic music star born and raised in Algeria (12). He relocated his base to France during Algerian political upheavals where he debuted the international scene with his famous ‘’Didi” hit song.

“Didi” was released in 1992 and instantly became an international sensation. Khaled (13) is a highly diverse and varsatile musician. Apart from singing in his native Arabic, he also sings in French. He fuses various genres including Hip Hop, Reggae, Funk, Salsa, among others.

Apart from the famous ‘Didi’ hit, another big hit is “Aicha,” which is a love single that he produced in 1996. Prior to “Didi”, Khaled debuted his music career as a 14-year-old teen with “La Route De Lycee”.

This was after he had dropped out of school to start his Five Stars band. Among the musical instruments that Khalid is able to play include accordion, guitar, bass, among others. 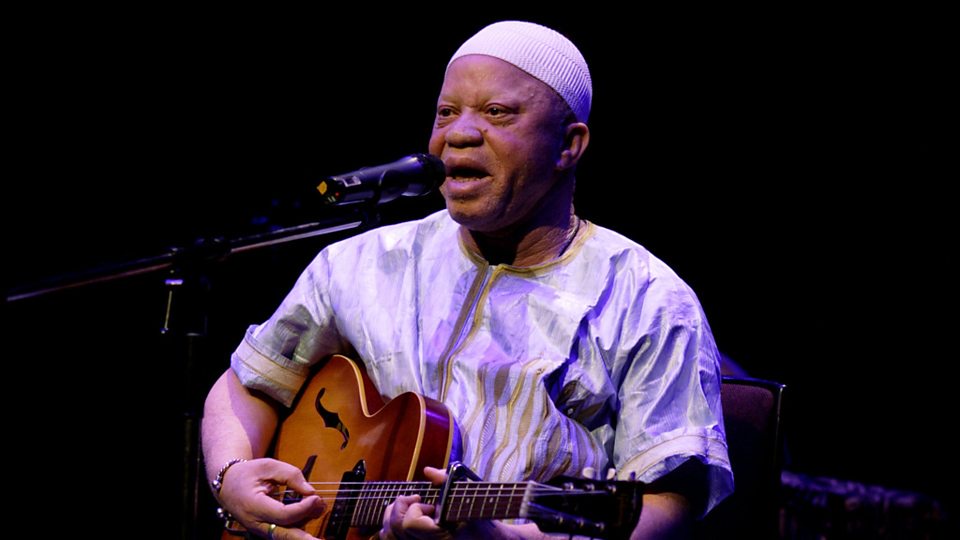 Born in 1949 in Mali (14), Salif Keita is one of the veterans of Afro-pop. Born an albino, Salif Keita (15) has been an inspiration to those who suffer from albinism in Africa.

Stigmatization and primitive superstitions and beliefs have contributed to albinos being an endangered ‘species’ in Africa. Many have been murdered while others abandoned as babies.

Through his inspirational music career, many Africans have learned that having an albino child is not a bad omen or something to be disgraced about. Commonly referred to as “Golden Voice of Africa”, Salif Keita has a graveling voice with profoundly poetic lyrics. One of his famous albums is ‘Le Difference’ that he recorded towards the end of 2009.

It is dedicated to the struggle of the albino community as victims of human sacrifice. Salif Keita himself has faced persecution due to his condition. First of all, being disowned by his own father despite him coming from a noble family.

Later on, forced to flee his own country for fear of being killed for ritualistic sacrifice and for having been completely obstructed from pursuing his beloved career due to his condition.

Among notable charity works, Keita has participated in includes tribute to Nelson Mandela urging for his release. He has established Salif Keita Global Foundation, an organization dedicated to championing for the rights of albino community worldwide. He has also been a UN Ambassador on albinism. 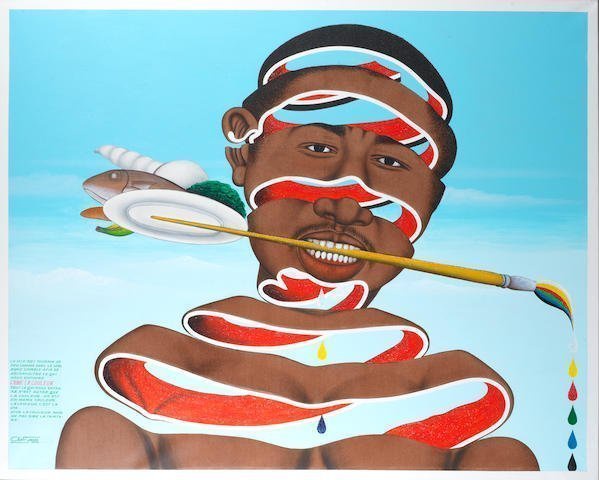 The Democratic Republic of Congo (DRC) is famous for music artists. However, this hasn’t overshadowed Cheri Samba (16) whose drawings continue to leave an indelible mark on Africa’s artistry canvas. 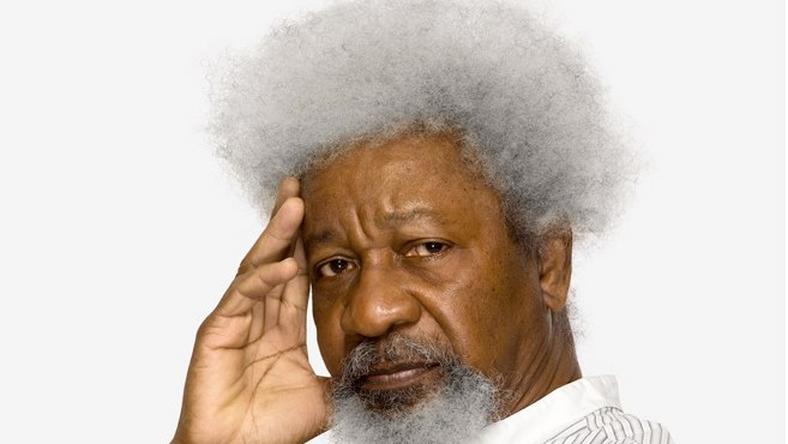 Like Ama Ataa Aido, Akinwande Oluwole Babatunde Soyinka (Wole Soyinka) is another heavyweight that probably overflows this list. Nonetheless, we consider his part as a Playwright to consider him on this list.

He obviously has many other forays which make his role as a playwright rather minor. But, as much as this is one of the many roles he has in his career, it has a strong impact on the African continent. Wole Soyinka (17), the first African Literary Nobel Laureate, has been on the forefront of promoting literary depth in Africa.

He has used his playwright talents to champion for socio-political change not only in his native country, Nigeria (18) but also across Africa and the rest of the world. He has been a stubborn critic of autocratic military regimes in Nigeria, which made him pay the price by being detained for two years by a military junta led by General Gowon.

As a globe-trotting professor of Comparative Literature and Nobel Laureate, Professor Wole Soyinka has lectured in many universities across Africa, Europe, and North America. He has also served as UNESCO Goodwill Ambassador for the Promotion of African culture, human rights, freedom of expression, media and communication.

Content created and supplied by: Wycombenewske (via Opera News )