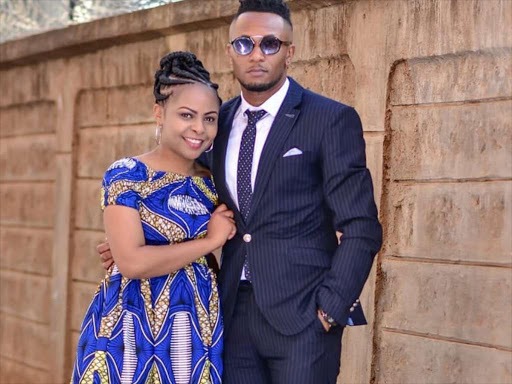 Linet Munyali, popularly known as Size 8, was born on August 4, 1987). She is a renown Kenyan singer, songwriter and actress.

Size 8 was formerly a secular artist known for her singles "Shamba Boy" and "Moto". In April 2013, she released her first gospel single "Mateke". As an actress, she had a small role in the legal comedy Mashtaka.

Size 8 is married to Samwel Muraya, commonly known as DJ Mo. Together they have a daughter called Ladasha Belle Muraya who was born on 19 November 2015.

Before DJ Mo officially decided to marry Size 8, he set a series of tests before her. “Nilimpitishia test mingi sana na akapita zote.” He made these remarks during an interview with Pulse Live.

Her fast test was check the humility of Size 8. DJ rented a humble house in Githurai 44 where one had to cross potholes in order to reach his house.

"When I decided I wanted to settle down I moved to a house in Githurai 44, somewhere ‘funny’ near Zimmerman.” And he invited her over for a visit one day when she had reached 'baller-status' working with Safaricom and lived in a 35,000 Kshs house in South B.

“She used to have a Toyota Celica, had a driver and when she came she would wear a hood, ruka mtaro then come.” He noted.

The next test was to determine whether Size 8 was capable of handling him whenever he was not his best of moods. He decided to leave the utensils dirty and clothes scattered all over. When she came over she cleaned my house and in the evening she said don’t worry.”

In third Test, DJ Mo decided to delay buying a car with an aim of checking whether Size 8 could accept him without it.

In the fourth test, DJ Mo requested Size 8 for some money for his upkeep with an aim of knowing whether para adventure he didn't have money, Size could accept to live with him.

In the last test, DJ Mo took Size 8 to a humble hotel to eat. Size 8 accepted and they ate from it.

After those 5 tests, DJ Mo came to realize that Size 8 wasn't following him because of his wealth or money but it was in deed love.