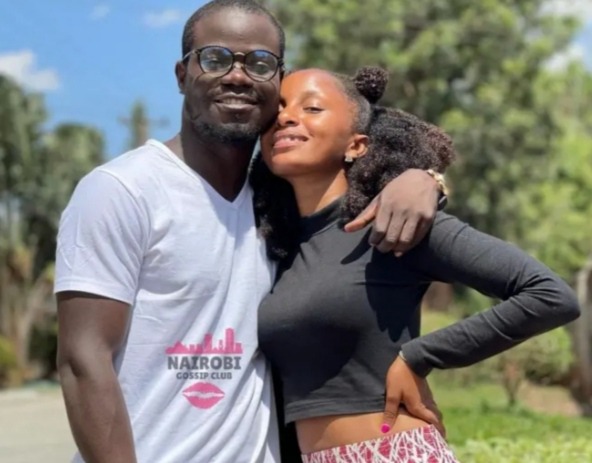 It took Comedian Mulamwah a few hours to move on after Carroll Sonie confirmed their break-up.

Taking to social media, the funny man posted the photo of his new girlfriend alongside him.

He went on to caption with a long message, highlighting the importance of a new beginning while letting the dust settle down after the break-up. 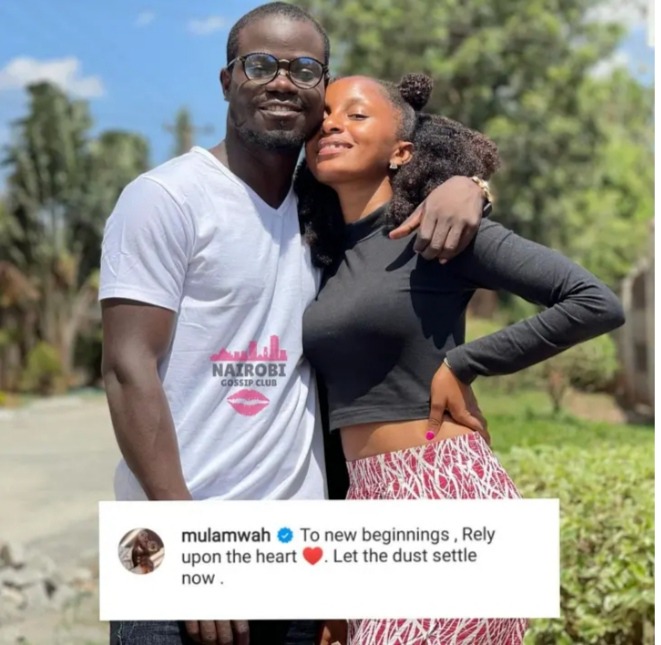 "To new beginnings, Rely upon the heart ♥️. Let the dust settle now,” the comedian captioned a photo with his new bae.

This got several Kenyans by a surprise, as they believed the content creator had invented the whole story to chase clout.

Caroll Sonie had earlier written a long text, confirming the break-up explaining that the two decided to end their 4-year-old relationship for reasons best known to them, wishing the comedian, all the best in his future endeavours. 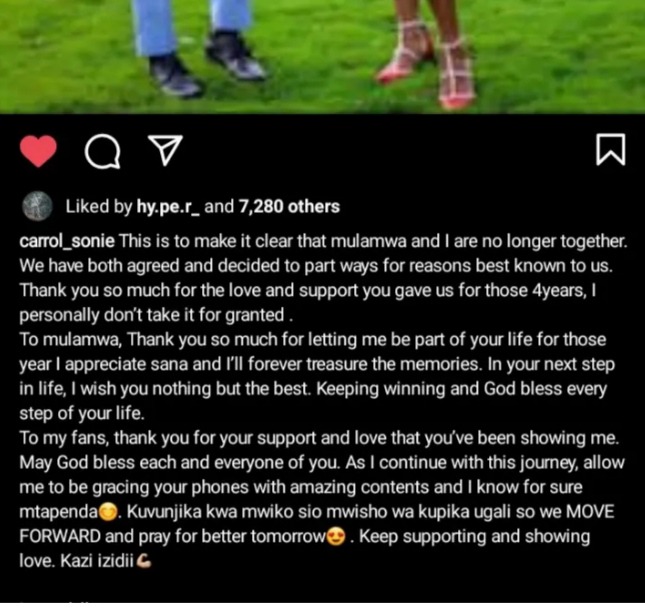 This is not their first break-up, Mulamwah took to social media to announce the end of the relationship last year.

Below are some of the reactions from the netizens, as they accuse Mulamwah of clout chasing. 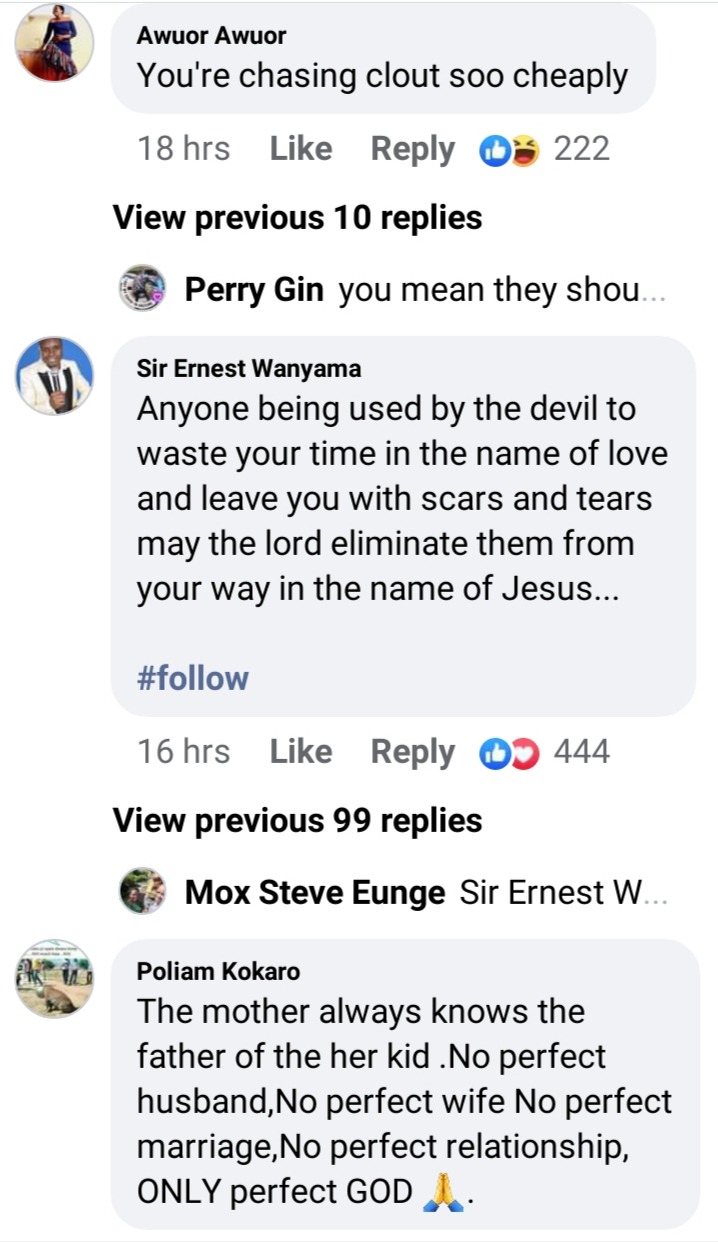 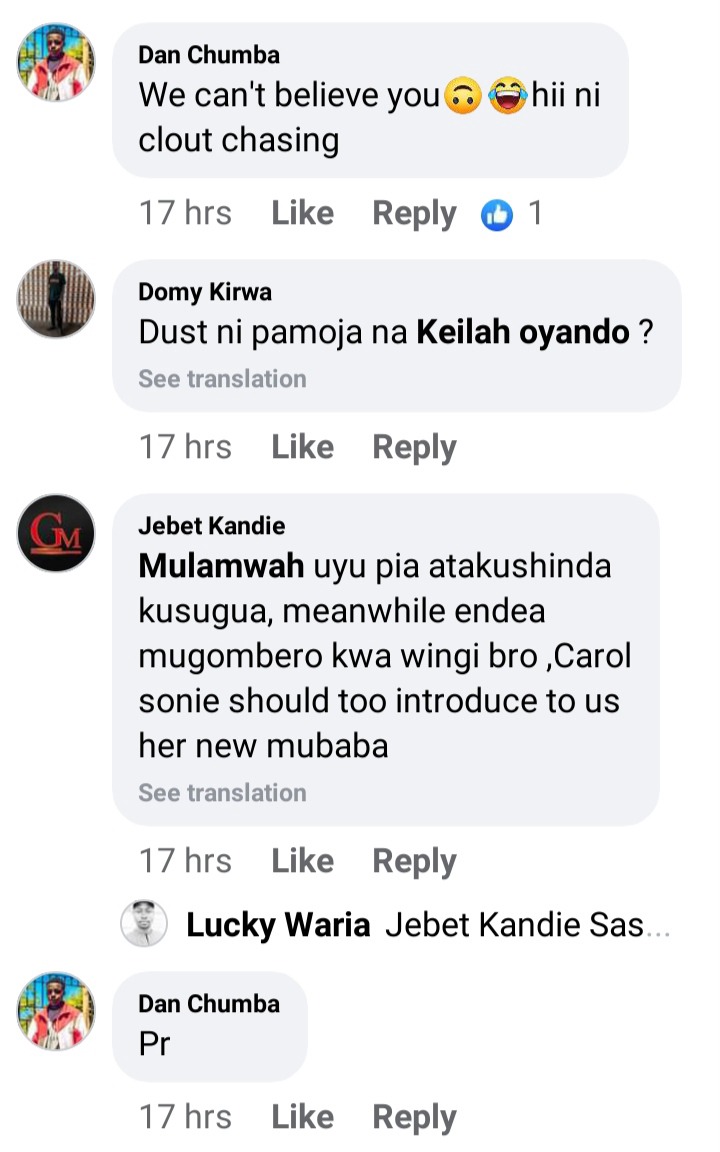