By Betounic (self media writer) | 3 months ago 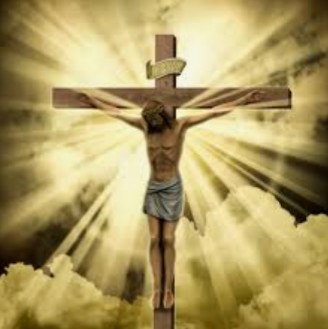 Even after 2,000 years, people continue to misunderstand or misrepresent Jesus. Examples are plentiful. For example, there is neo-televangelist Joel Osteen, who churns out cheery books and breezy sermons that sidestep the realities of sin, the Cross, and the Passion of Christ. That approach is oddly similar to the New Age-ism of Deepak Chopra, whose book The Third Jesus completely ignores the Passion, death, and Resurrection of the real Jesus. And then there is Reza Aslan’s “Zealot”, who actually ends up being, as I wrote “dull, confusing, and lacking.”

Today’s Gospel is from the very middle of St. Mark’s account. Throughout the first half of the book there is an intense focus on the identity of Jesus. Who is he? What is he trying to do? While Jesus was rejected (and later persecuted) by the Pharisees and scribes, many others believed he was a true prophet, a new Elijah. Jesus’ disciples, who were with him constantly, often had a hard time comprehending his message. In fact, it was the demons who most clearly recognized Jesus’ uniqueness and divinity! “I know who you are”, cried a man possessed by an unclean spirit, “the Holy One of God!” (Mk 1:24). Of course, the scribes claimed Jesus cast out demons because he himself was possessed “by Beelzebul”—an argument quickly shredded by Jesus (Mk 2:20-30).

Today’s reading is both the climax of the first part of Mark and the transition into the second half, which is about the goal of the Son of Man: to give his life for the sake of sinners. The second part answers the central question posed in the first part: Who is Jesus? Mark, however, did not write his Gospel as a mystery; after all, he opens by proclaiming, “The beginning of the gospel of Jesus Christ, the Son of God” (Mk 1:1).

That’s because the Gospel is all about proclamation; it was written to challenge and exhort Mark’s immediate readers. Sure, the early Christians believed Jesus was the Messiah. But they were challenged to ponder: would they also be tempted to renounce his Passion and death as Peter did? (Keep in mind it was Peter who probably provided Mark with most of his material.) Yes, they were disciples of Jesus, but when things got difficult, would they take up their cross and follow the Lord?

Today’s Gospel divides into three sections, each containing a name or descriptive of Jesus. Each reveals something essential about his identity and points toward his saving mission: death on the Cross.

The first is Christ, or Messiah. Jesus asked the disciples, “Who do people say that I am?” After hearing the offered answers, he put the question to them: “But who do you say that I am?” It is Peter, the head apostle, who answered for the group: “You are the Christ.” The name “Christ” appears over 500 times in the Old Testament, and it refers to an “anointed one” who will come to establish God’s reign. Anointing with oil represented God’s divine election of a man to a specific mission.

Jesus then began to teach of his coming Passion, death, and Resurrection, using the second name: the Son of Man. Jesus used this often of himself, especially in foretelling his Passion. It emphasizes both the humanity of Christ and the mysterious, royal figure spoken of by Daniel, who will suffer and save his people before being vindicated by God (Dan 7:13). Paradoxically, “Son of Man” refers to both lowly humanity and dazzling power.

The third title is drawn from the prophet Isaiah and from Jesus’ teachings about self-denial and taking up the Cross: the Suffering Servant. He is described in today’s Old Testament from Isaiah as the man willing to endure torment and mockery for the sake of the Lord. That, we know and believe, is what Jesus did. For it is the Cross that fully reveals who Jesus really was—and is.