By HappynationInc. (self meida writer) | 1 months 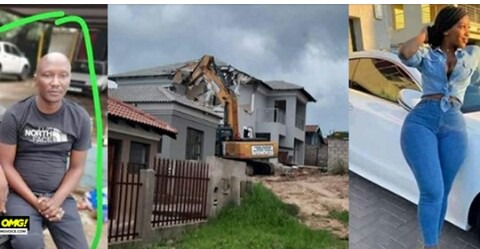 ﻿A man believed to be from South Africa has left the world in shock after he did what many would term as unthinkable recently after he went up to an extend of hiring a bulldozer to bring down a house he had built early to his now ex girlfriend.

According to various sources the man who is a renowned businessman had been spoiling his girlfriend when love was sweet buying her couple of gifts ranging from necklaces to watches and even built her the house.

According to popular Facebook group Nairobi ceremonies, he started from by repossessing the watches, cellphones, shoes and perfumes before doing what now has caught internet by surprise.

According to picture taken from a video shared on Twitter a excavator is seen descending on a beautiful house which in Kenyan would cost more than half a million to built in broad daylight. 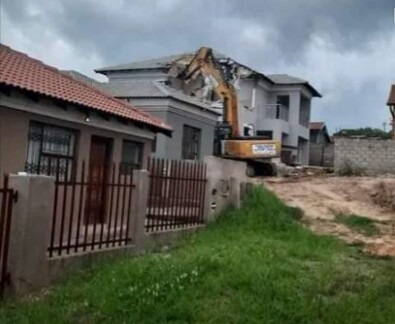 The alleged photos of the chick whose house who broke the house heart has also gone viral causing a huge uproar online as netizens went into comments section to air their views.Solo champe, " Ukiachwa achika."

Moses omurunga, "Fantastic guy he did a good job ."

Mumo K Vincent "All this was clearly outlined in a men's conference." 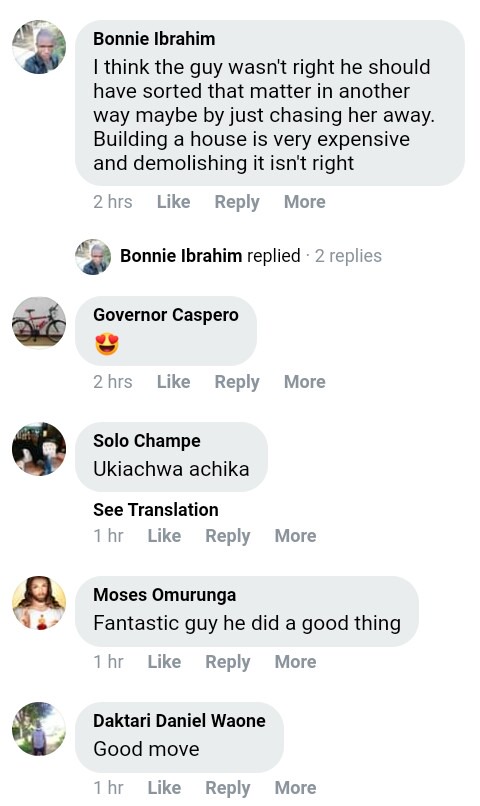 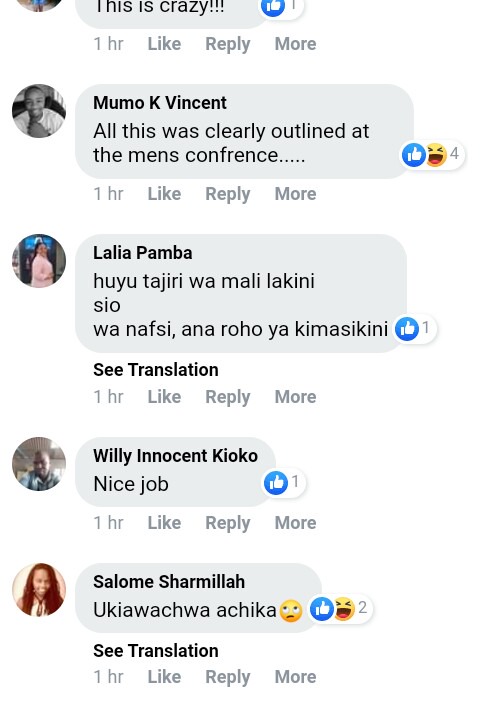 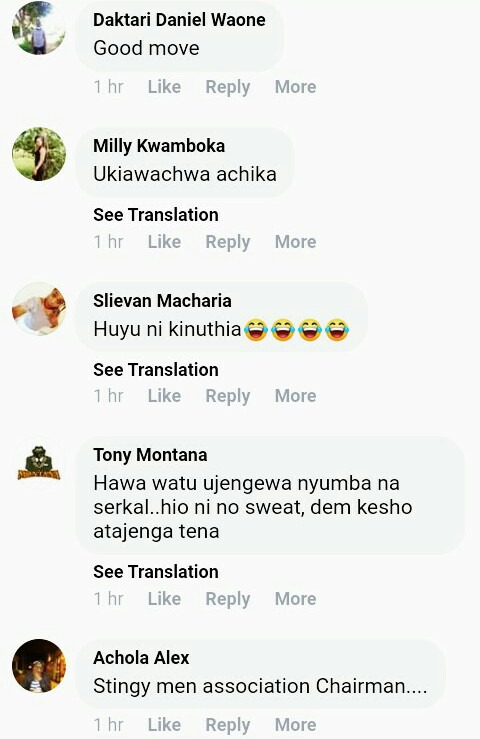 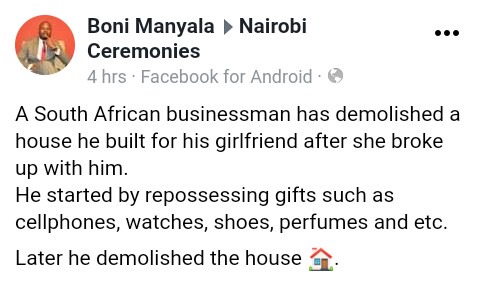