Guinean singer, Grand P has reportedly been hospitalised due to a hip dislocation he suffered following a fun moment he had with his fiancée, Eudoxie Yao.

The Ivoirian plus-sized model reconciled and got back with Grand P in August after their break up made headlines in July.

Last week, a video went viral showing the couple at an event, where Eudoxie was grinding on the musician as he sat on a chair.

It was gathered that the incident caused him some pain but it grew worse with time as he complained of having difficulty standing up.

According to reports, Grand P is currently hospitalized at Metro hospital in Guinea, after he was rushed for medical attention and it was revealed that his hip was dislocated. 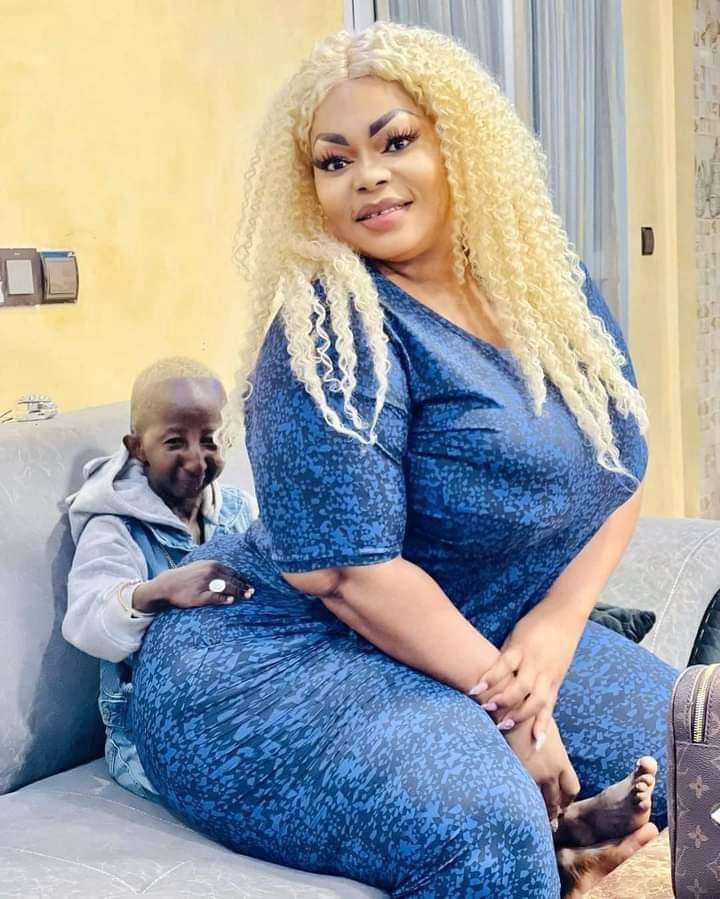 This news has set the internet a blaze with netizens eliciting some wild reactions all over.

Otieno... But this lady is too inconsiderate..... Such a big load on mzees lap. What was she thinking? One side alone is enough to cause grand p a multiple fructure of the humerus, femur and other bones...... She should be arrested for attempted murder. Canaan hata anafika?

Odero... That's our wounded soldier, he almost died in the line of duty trying to prove that disability is not inability. Quick recovery soldier. You've lost the battle but not the war.

Gomra... This lady must be very unthoughtful,does she knows that her lap alone can cause this boy to have several fructure including backbones which will paralyzed him forever latter on her booth and funny enough gorvnment is just watching what this young dude is going through...

Vicky... She should look for other ways of making him happy. With her weight,sitting on him is dangerous !

Blessed... I saw it coming. This big machine must be stopped before killing this tinny boychild. Death is knocking the next time this tinny guy might die while on duty, get penile injury or both.

Dave... Surface area to volume ratio, am sure the spinal cord and the oesophagus are also damaged beyond repair, Okiya Omutata should come for his rescue! 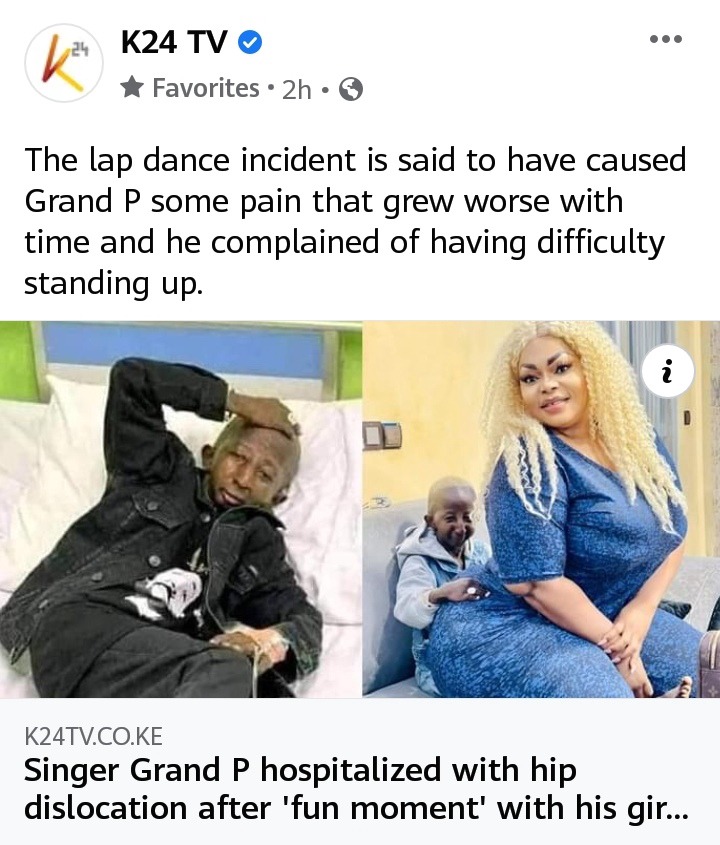