By Mercystudio (self media writer) | 1 year ago 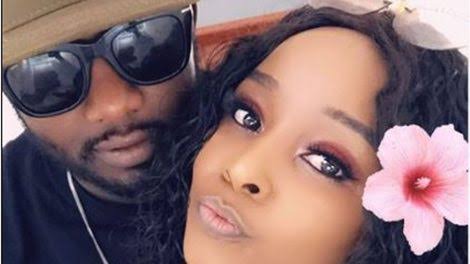 Governor Sonko's daughter Sandra surprised many after she left a comment on a photo of her sister's ex husband and his new wedded wife.

Hon. Anwar Loitiptip got married to Governor Sonko's daughter,Saumu Mbuvi, some time back and later separated. Their relationship wasn't as perfect as it looked.

While having an interview on Radio Jambo with Massawe Japani a few weeks ago Saumu revealed that her relationship with Him.Anwar was peaceful for the first few months. 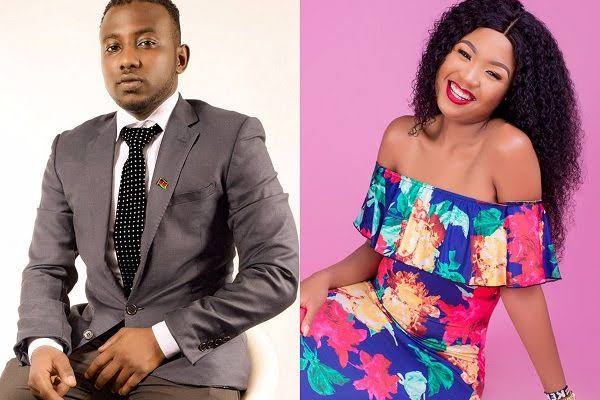 She went ahead and revealed that Anwar later changed and started getting violent with her. Things got worse and she was hospitalized number of times.

After she gave up on her relationship with Anwar it didn't take long when she saw another lady post her on social media. The lady was none other than her former best friend Aeedah Bambi.

Relationship between Bambi and Anwar became public few months after his breakup with Saumu,this raised questions among their followers who wondered what could have occured. 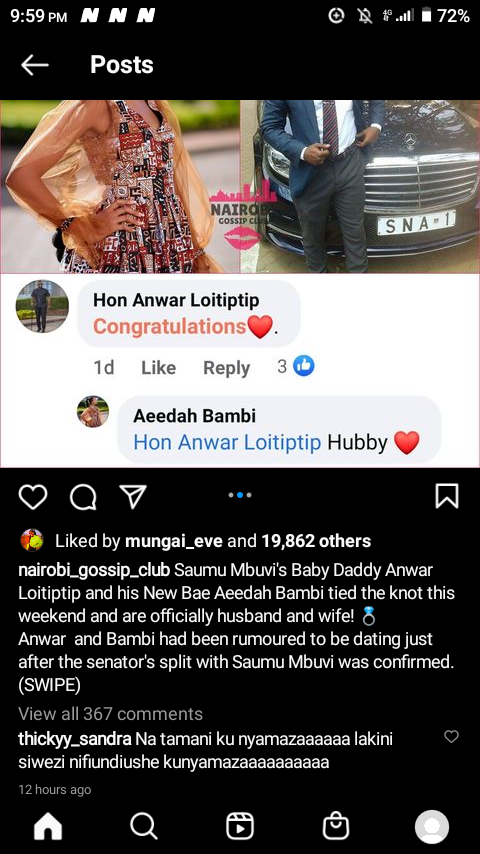 The two ladies have been having online hatred towards each other which clearly is because of Mr. Anwar.

As Saumu is still recovering from the divorce and concentrating on raising her children Anwar and Bambi just made things official. The two took to their social media pages to update their relationship status as 'married'.

She was as surprised as the rest of Kenyans on Anwars marriage with Bambi. Being Saumu's baby daddy Anwar is still in the middle of tough war.

Let's wish them all the best.

Have You Seen Them? Fears As A Lady And Her Son Goes Missing Leaving Behind An Alleged Suicidal Note

Nyahururu Lady Disappears With Her Son Leaving Behind Suicide Note