By Veesakwa (self media writer) | 2 months ago 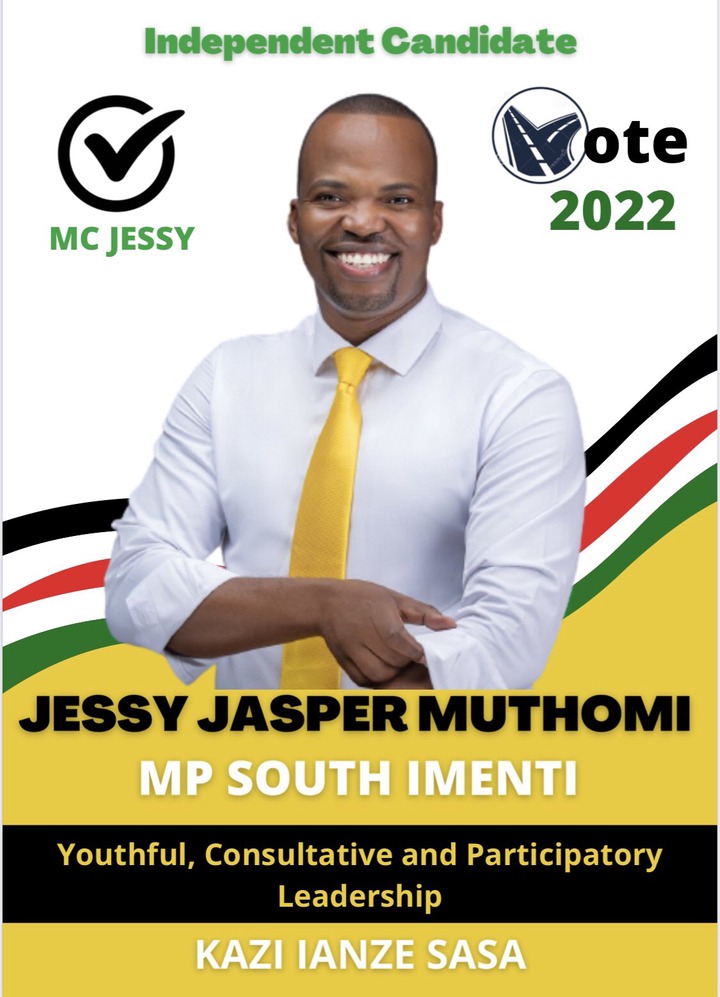 People say, comedy is nothing close to politics. I might agree but again all our politicians are comedians at times. We have seen their parliamentary sittings and can agree with that. MC Jessy, whose official name is Jasper Muthomi has been creating headlines from five days ago.

Before the UDA nominations, MC Jessy and Jaguar were amongst the people who joined UDA seeking for various seats. Politics is a game and the competition is always stiff.

On Thursday last week, the UDA party nominations took place. MC Jessy and Jaguar were dropped out of the race. As people may term it, they were asked to step down for the most preferential people.

The DP Ruto took it to his twitter account to confirm that Jasper Muthomi had stepped down in favor of Mwiti Kathaara for the parliamentary seat bid in south Imenti.

Rumours have been going on that, Mc Jessy joined Azimio after being denied the UDA ticket. Some say that, he declined the job. Many people have different ways of interpreting situations.

It has been six days of total silence both in public and social media. Yesterday, Mc Jessy broke the silence. He eventually came out and announced that he will be vying for the Imenti south parliamentary seat as an independent candidate. According to him he had listened to the ground and eventually came to that decision.

Many thought he had dumped DP Ruto and perhaps declined his job. Well, Jasper came out clear that although he was running as an independent candidate, his relationship with DP Ruto was still intact. He was still going to support his presidential campaign.

Let's agree on this, do you think Mc Jessy is fit to run for that seat? Well I think the reason why he was asked to step down was because he is not ripe for politics. The UDA opponents would have ripped the position come August 9.

UDA is a strong party. DP uses brilliant strategy to keep moving. This was seen in the nominations. So many disappointments but at the end of the day, the nominated candidates are people who are competent enough to hold the positions.

Content created and supplied by: Veesakwa (via Opera News )