By Mrcreator1 (self media writer) | 1 month ago

A dramatic scene which turned tragic,was witnessed at Longisa center in Bomet,after a verbal disagreement between two drunk friends resulted into a physical fight which resulted to death.

Reports indicated,that the two friends were urgueing on June on job opportunity before they went against each others neck.

The two identified as Peter and Kipkoech, were drinking alcohol at a local entertainment job when the incident happened.

It started by Ekai accusing his friend of trying to downplay ,him in a security job apportunity that both were eying.

This is after Ekai turned to his friend Kipkoech and accused him of plotting for his downfall, at a local security agency where he worked as a guard.

However,Kipkoech did not take the accusations well leading to a bitter exchange of words between the two.

Kipkoech got aggrieved and decended on his friends with blows and Slaps before picking a blunt object and hit him on the head.

He lost his life while being rushed to a nearby hospital,the suspect was arrested and is currently in Police cell waiting to be arraigned in Cell. 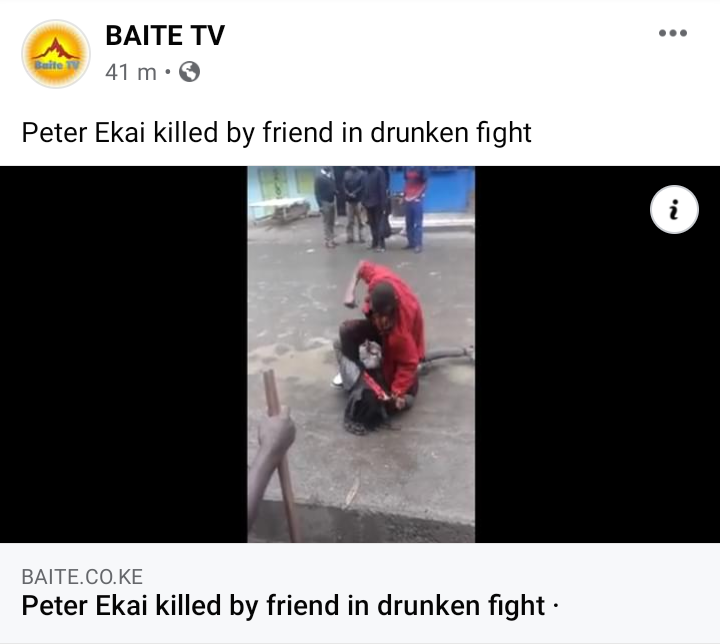 Content created and supplied by: Mrcreator1 (via Opera News )