By Kalausipower (self meida writer) | 14 days 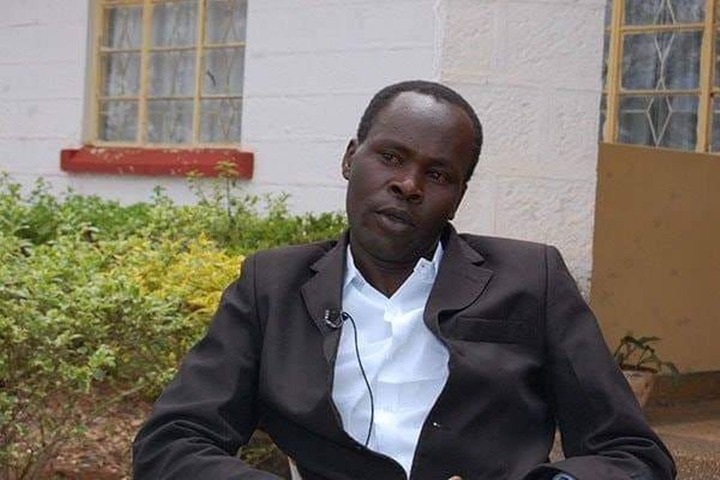 Laurence Kipchumba is allegedly secret son to the late Jonathan Moi as well a gentleman highly hardworking and determined to always achieve the best of his dreams. He now cuts trees to feed his young family as he has no means of income given he was not as well recognized during the burial of his alleged father Jonathan.

Lawrence lives at the home of Lena Moi, the late wife to the late president Moi. He however realized he was Jonathan Moi's son after his death a secret that was revealed by his mother. Despite promises to be supported by Gideon Moi, Lawrence affirms that help has never come his way as nobody even picks his calls.

Laurence has however moved on with life as nobody has to date recognized him as the son to the late Jonathan Moi. He However is sure he was his father as he even attended his initiation ceremony as well supported them.

The young man believes one day the gates of success will open but regrets not having to live with his father Jonathan during his lifetime. The best we can do however is to wish Laurence the very best in his life endeavours as really every dream is valid with focus and strive.

Content created and supplied by: Kalausipower (via Opera News )

'I Used To Sleep With A Knife, And Contemplated Killing My Child And I For This' Woman Confesses

The Title Of Raila's Book That Has Left People In Awe

"Alinikasirisha Vibaya", Eldoret Man Who Killed His Wife By Chopping Her Body Parts Tells The Police