Juliani does not post so much nowadays and this is after he received a lot of hate comments ever since he publicly announced that he's with Lilian Nganga. Fans have been commenting so badly about the relationship between Juliani and Lilian saying they don't deserve to be together. At some point, fans claimed that Juliani looks so broke and he needs to look for money for self maintenance before thinking of being with Lilian Nganga. Today, rapper Nonini woke up and he strongly defended Juliani. Nonini said that fans keep on trolling Juliani yet they don't know who he really is. 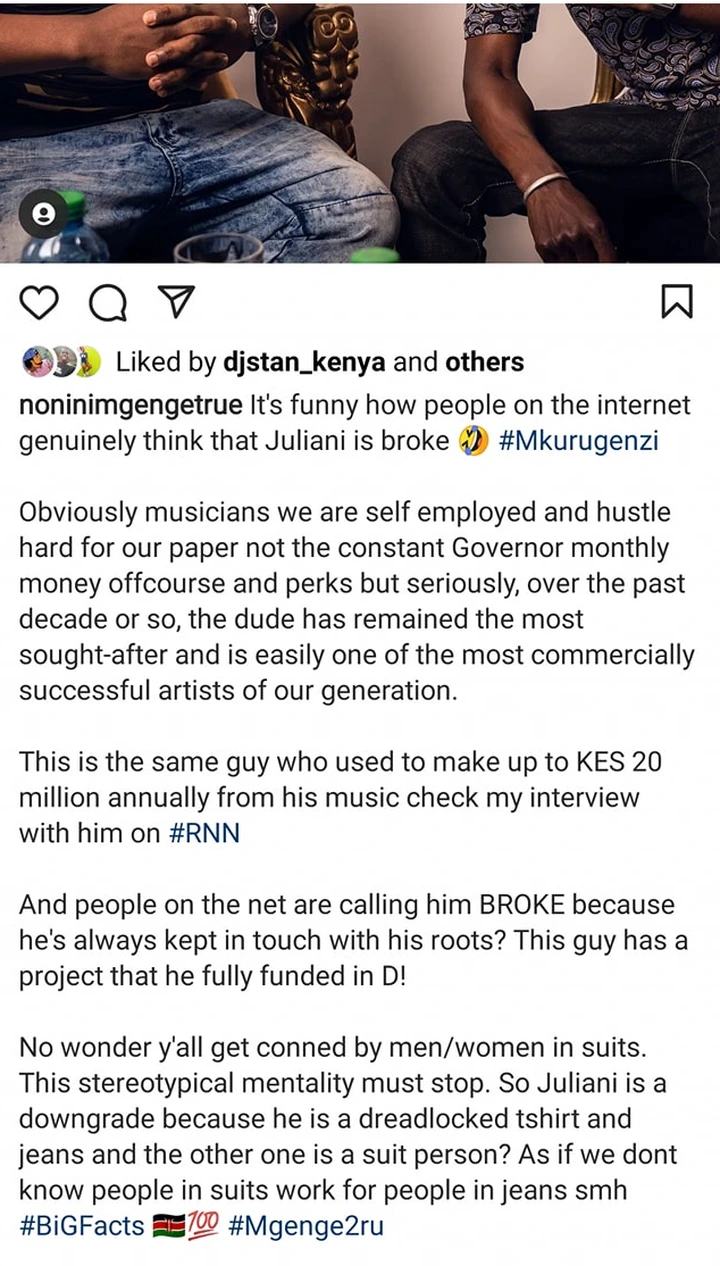 Nonini claimed that Juliani is a very big millionaire it's only that people don't know. Nonini revealed that Juliani at some point Juliani earned over 20million shillings from his music and basically he is so wealthy. The rapper went on saying that Juliani is the kind of people who are deep rooted to their backgrounds and he may not act rich often but his bank account is reading millions. 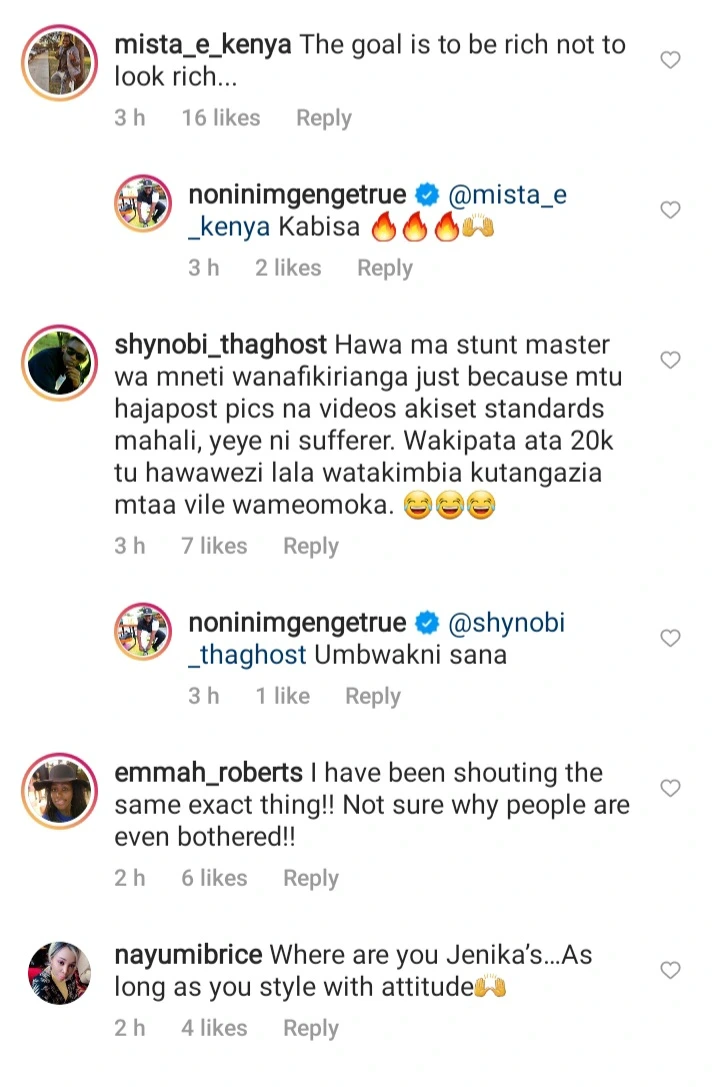