Sultana Monday Epusode: What Asya Whispered in Sada's Ears That Made her Mad

By Entertainews (self media writer) | 2 months ago

The episode begins when Sada notices that Major Jabali and Fatima are getting ready to bury a banana stalk instead of Buya's body which has since been missing from his residence. 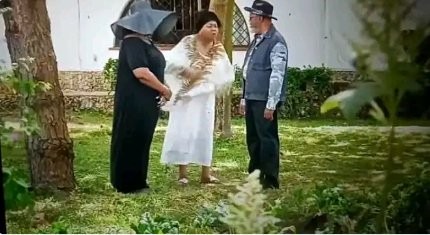 Fatima and Buya separated after he was arrested for failure to pay off the debts. However, Jabali Junior helped him to rent a house and her daughter Dida knew where he was staying. 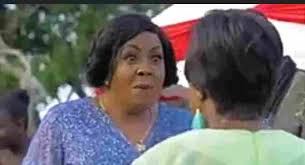 Attempts to find him failed since the police were not able to ascertain whether he is alive or dead. Fatima plans to bury a piece of the banana trunk as a sign of forgetting him completely and as her culture demands.

The burial ceremony is set to take place at Major Jabali's compound but Sada is not happy because she was not informed. She feels that the piece of land they live in belongs to her. She goes and disrupts the gravediggers and chased them away from the compound. Major pulls a gun to shoot her but Asya sprints and holds it. She talks with Major to take the matter lightly and then whispered to Sada about the presence of a gun. She ignored the warning and continued to shout at Fatima and Major Jabali.

Content created and supplied by: Entertainews (via Opera News )