By Shahhhh (self meida writer) | 29 days

A woman has called upon residents of Kayole in Kona Estate to help her find a television set along with her gas cylinder which was allegedly stolen in the morning. 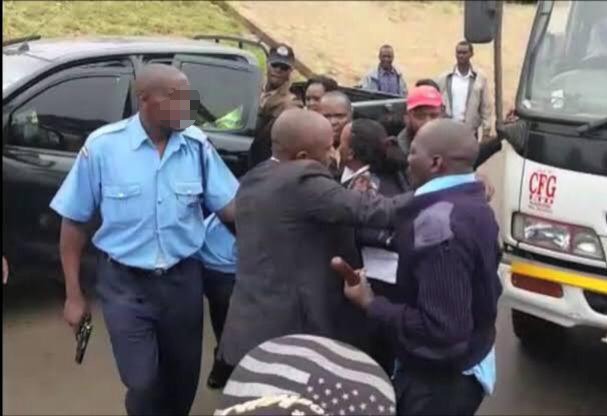 Taking to her Facebook account to express her pain and anger after the alleged robbery, the woman claimed that she had Stepped out to handle some errands for a while.

However , she went ahead and Claimed that she was shocked after she came into her house only to find her television set along with her gas cylinder which she refilled recently gone.

Due to this reason, she has called upon any resident who might come across any cylinder or television set being sold around to alert her.

While reacting to this incident, Kenyans have urged her to leave or rather move to another estate because according to them, Kayole was not a safe place.

However, others have urged her to summon police officers in order for them to search the missing items in her neighbors house. 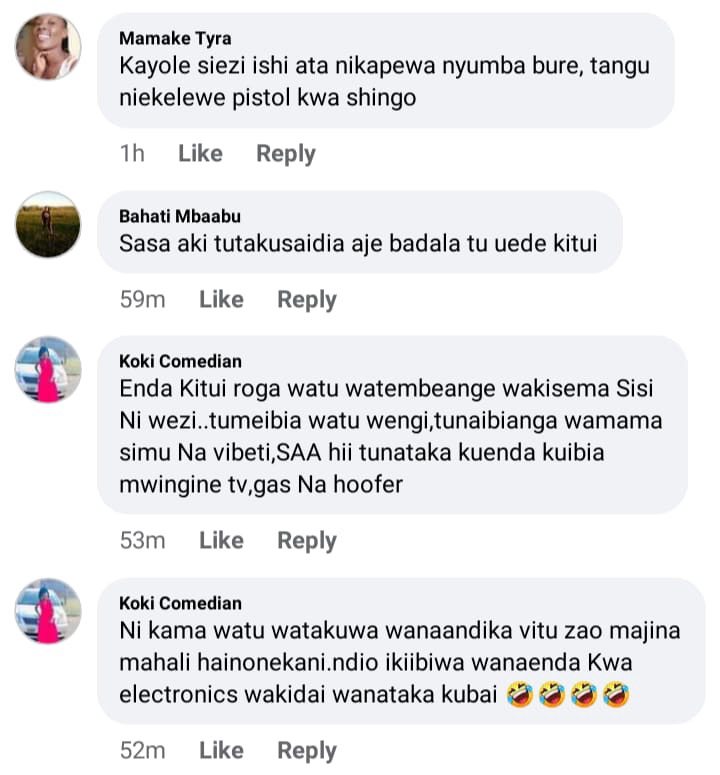 According to the reports given by this section of Kenyans, they claimed that the alleged suspects must have come from within and not far as most people would think. 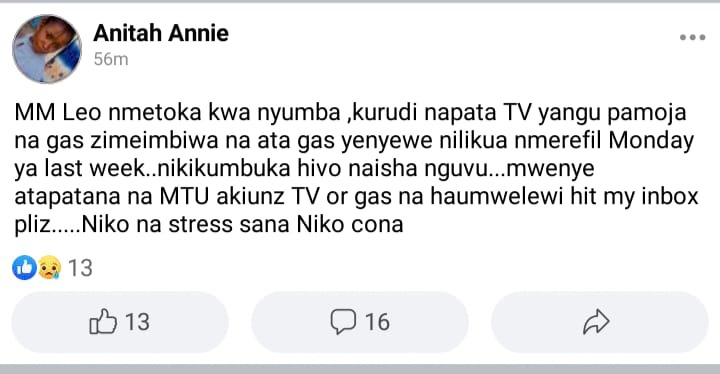 Updates: DP Ruto's Ally MP Alice Wahome Reveals What Was Allegedly Planned Against her on Tuesday

Mudavadi, Kalonzo And Wetangula Meets With Raila After Official Exit From NASA (Photos)