Amira, the ex-wife of flashy businessman Jamal Marlow alias Rohosafi has finally revealed that she is back into the dating world. 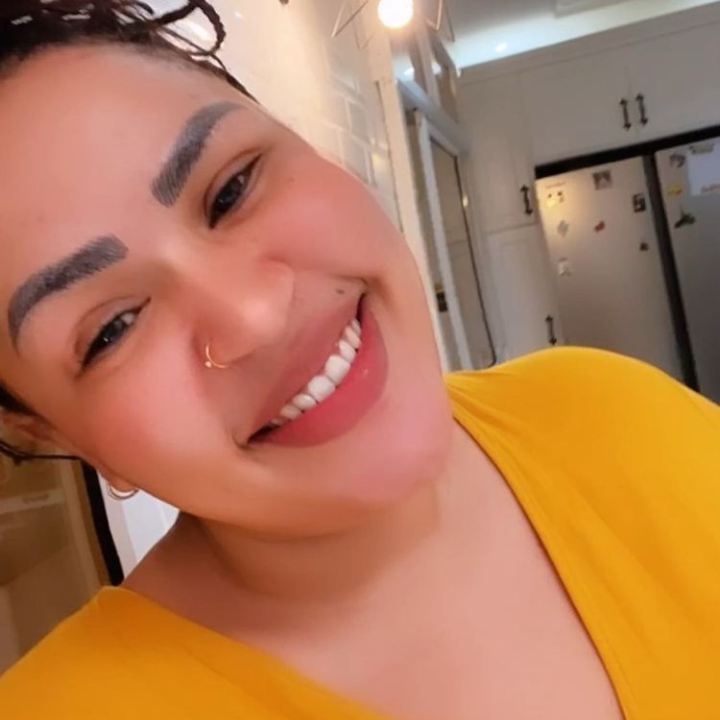 This was via her recent post on her Instagram account where she posted a photo of herself looking very ravishing, and said in a caption that she worked to look good in order for her to get back into the 'market'. The post however quickly elicited reactions from netizens, and most of them supported her decision as shown below. 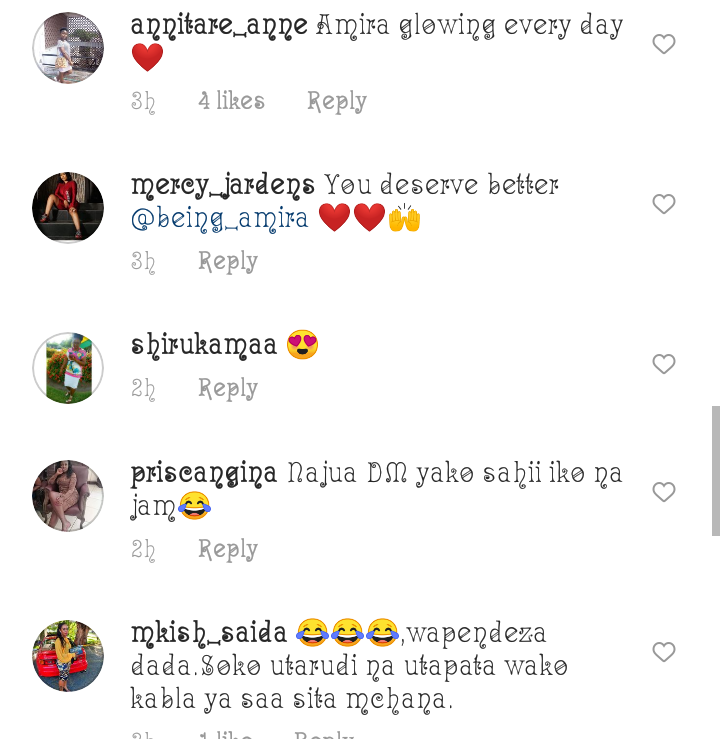 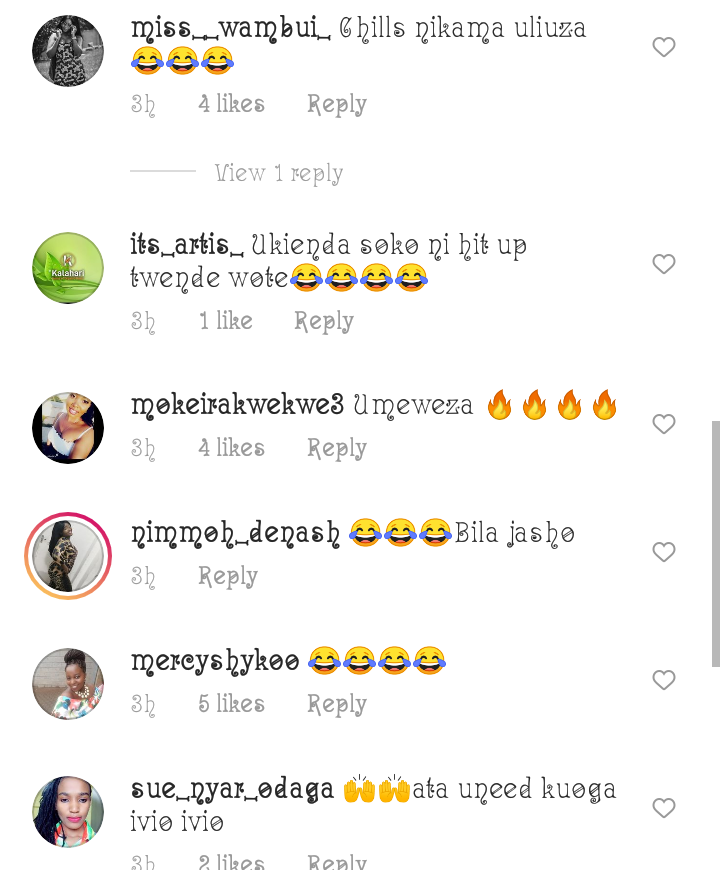 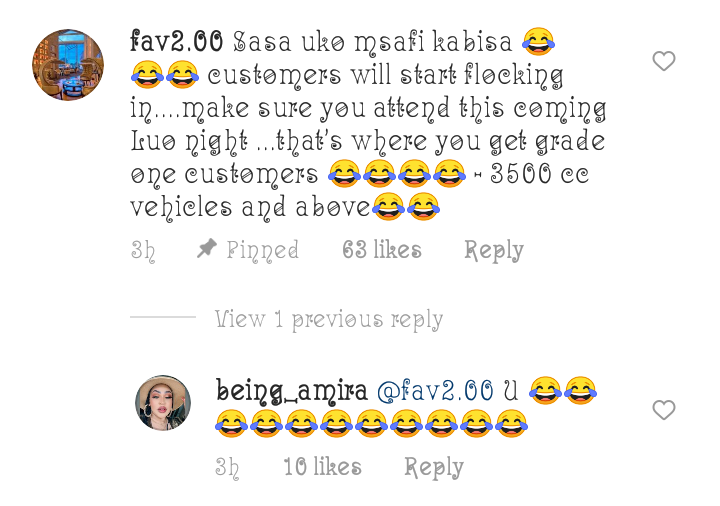 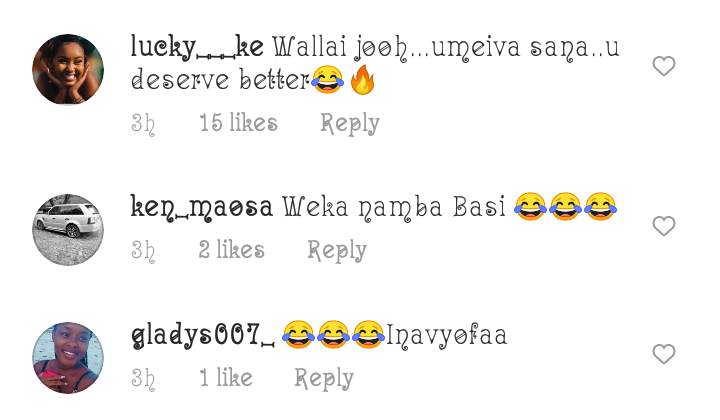 Earlier this week, the sassy brand influencer finally confirmed that she is no longer married to the Matatu Operators Association chairman. This was after the man was spotted hanging out with his ex-wife and socialite Amber Ray after months of them ending their relationship.

After Amira got to know about all this via controversial blogger Edgar Obare, she went on an outburst online and stated that she didn't want to be associated with Jamal Marlow again.

"PSA!!!!! I'm addressing this for the very last time!! Stop associating me with Jamal. You need to stop dragging me with every issue that you see out there, we're no longer together, I'm not his wife, he is not my husband, I'm not his problem, he's no longer my problem.

I'm only responsible and answerable to my kids!! KIELEWEKE!" She said.

Amira speaks for the first time on divorcing Jamal Marlow

In early November 2021, Amira openly made it clear that she wants out of her marriage to city tycoon Jamal Marlow because she is fed up with all his disrespectful acts.

This was after the hunk associated himself with his ex-lover Amber Ray again by posting a compilation of her videos on his Instagram account, and penned her a birthday message as she turned 30 years old. 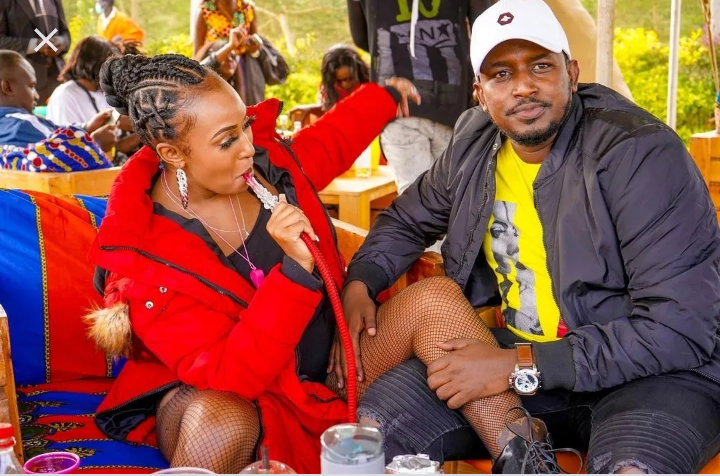 In her response the sassy brand influencer angrily said;-

"As from today kindly consider me a single Mum @jimal_rohosafi get that divorce paper ready. I'm not going to allow you to disrespect me again".

As already mentioned earlier, Amber Ray was once married to Jamal Marlow as his second wife.

Infact the duo went public on their union earlier this year and the socialite became a co-wife to the brand influencer, who was his first wife of more than 17 years. 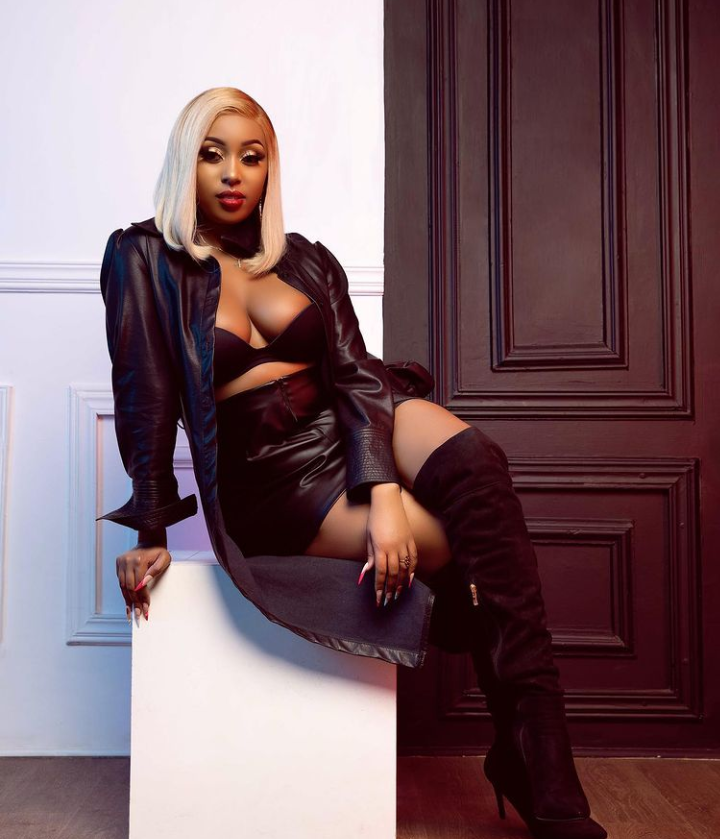 This move however didn't turn out as he had expected because the sassy co-wives never saw eye to eye, and for most of the times they mercilessly trolled each other.

Amira even cried foul for being disrespected because her husband married another woman even without asking for her opinion. She infact revealed that she found out they were married on social media. However after months of drama which saw them being labeled 'the real housewives of Syokimau' , Amber Ray finally confirmed that she ended her relationship to Jamal Marlow in July 2021.