Boy 14, Lands Himself in Hot Soup After Engaging in 'Friendship Fight.’ Faces Imprisonment

By Desert~rat (self media writer) | 6 months ago

A 14 year old standard five pupil identified as Silvester (not his real name) has found himself on the wrong side of the law after allegedly causing grievous bodily harm to his friend Ogwal.

Silvester landed himself in trouble after he pleaded guilty of injuring Ogwal during a “friendship fight” in December last year. 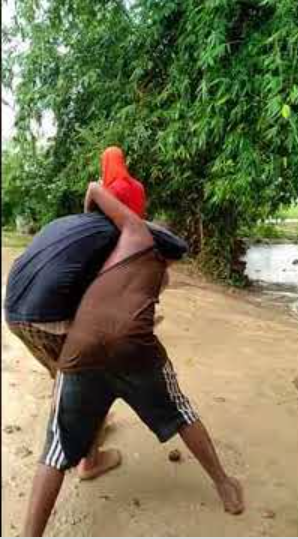 Courtesy of a similar incident

According to the source the two were playing together as friends before a heated argument ensued between them which eventually turned into a big fight.

While fighting, Ogwal gave Silvester a heavy blow on his cheeks sending him to the ground with a bang. Silvester eventually got up and also hit back in self-defense.

It is believed that Silvester hit back Ogwal with a blunt object on his head causing a serious head damage and heavy bleeding.

After the incident it is believed that Ogwal’s father, Mr Joel Ekol, spent Shs4.2 million on his son's treatment at Mulago National Referral Hospital.

Silvester is now in remand awaiting sentencing on February 24, and is facing charges of causing grievous bodily harm.

Flight Secrets That Are Never Told To Passengers

Why Rabbits Bury their Young Ones Alive

8 Things That Happen When You Sit Down For Long