So Nadia Mukami has provided a solution to the topic we' ve all been pondering. What is the significance of Arrow Boy? The singer shared a photo of herself with a friend, wishing him a happy birthday, and one curious fan inquired if she had already replaced Arrow Boy, to which Nadia replied, " Kuna kitu ambayo Arrow Boy alimea hawezi pata kwingine. " 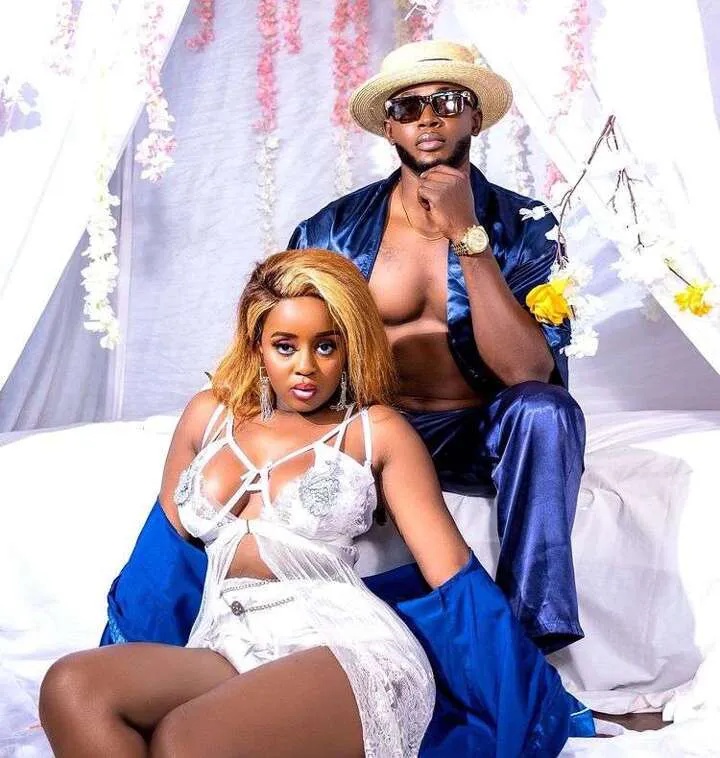 Last month, Nadia and Arrow Boy raised eyebrows when they shared amorous photos on Instagram. They even went on a trip to Zanzibar, and based on the photos, these two appear to be a terrific match. They were, without a doubt, enjoying the romantic life that we all yearn for. 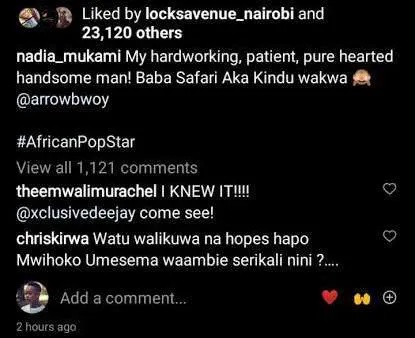 The remarks that accompanied these photos only added to the misery, especially for those of us who are single. Arrow Boy was described by Nadia as patient, diligent, and patient. If only I could find a man that could carry me as well as Arrow boy does Nadia!

This prompts me to ask a follow- up question. Is it just me, or am I the only one who wants to know what that is? What about the good looks? On that point, I have to agree with her. Do you believe that' s what Nadia meant when she said Arrow Boy has the looks? We won' t be surprised, after all.

There' s a reason he' s known as the " young king, " and I think it' s about time he ditched the " young" part because. . . . you know. The guy may not be as young as he once was. He' s a grown man with a lot of energy; did you see the photo of him carrying Nadia? I wish my partner was capable of lifting me like that.

Why They Would Make A Perfect Couple

Nadia and Arrow Boy are the Kenyan counterparts to Jay Z and Beyonce. That' s right, I said it! Did you see any of their gigs when they recently toured the United States together? 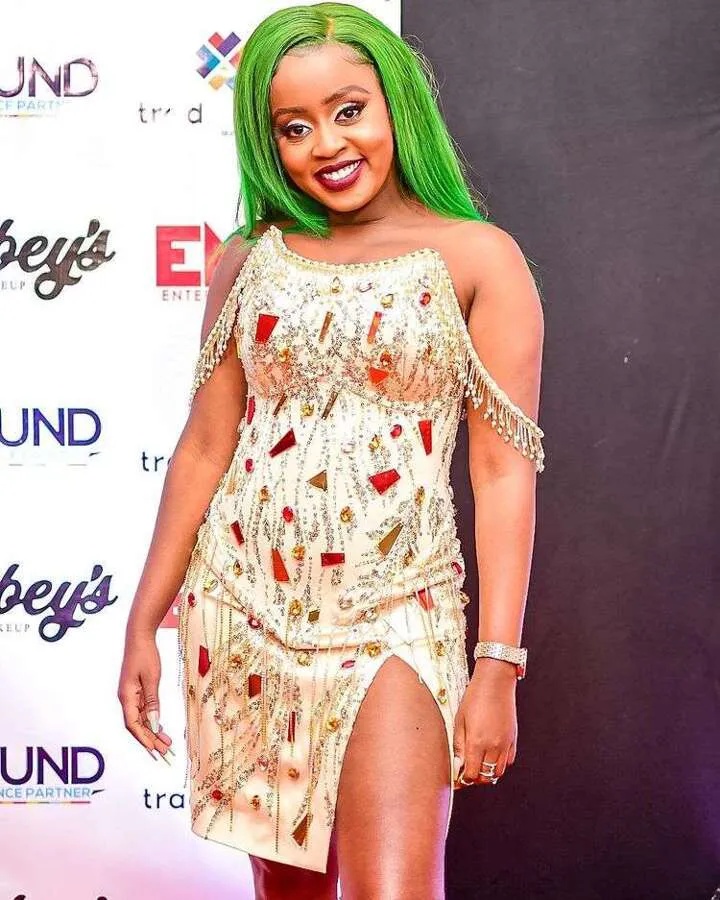 I didn' t, but based on the footage that were circulating on social media, their performances were incredible! I' ll wait till you show me another Kenyan pair who tours and performs as well as these two. 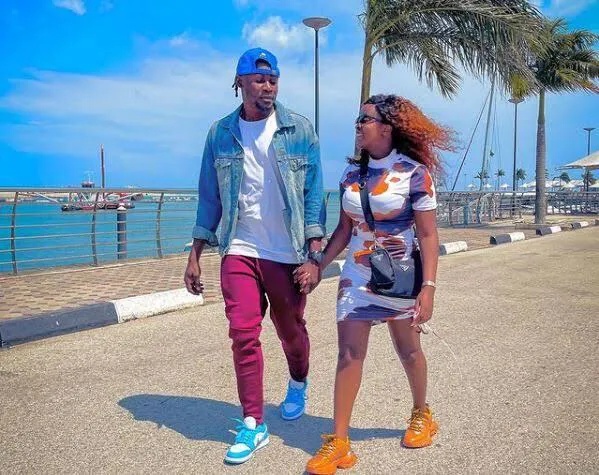 Nadia had never taken anyone seriously before Arrow Boy. She spent all of her time concentrating on her music. Then Arrow Boy showed up, and everything changed. These two aren' t scared to show their affection for one another on social media. 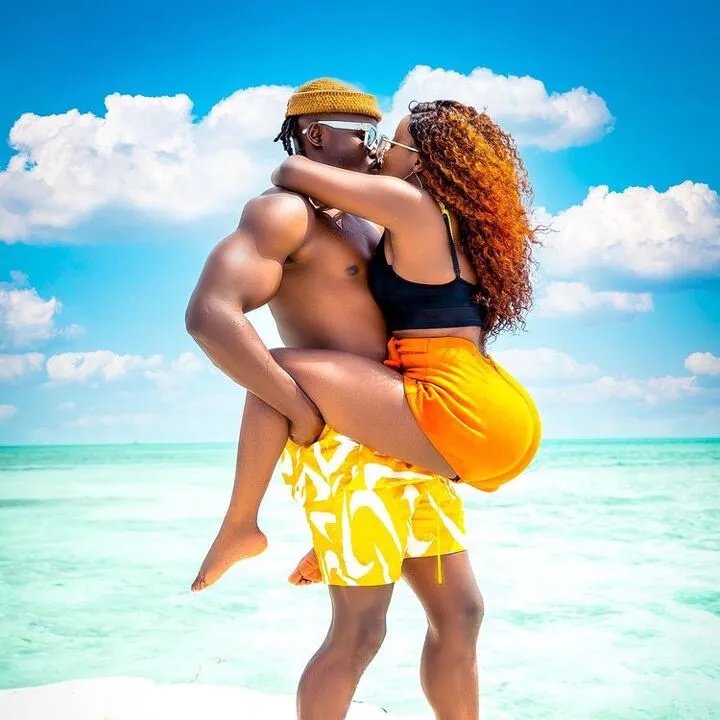 Ehh, I' m scared these two will forget to play music for us because they' ve opted to focus on each other. I' m not making any judgments here; I like what they have; all I' m asking is, can we get music as well?

Beginning Of The End?

Arrow Boy' s photos were recently erased from Nadia Mukami' s Instagram account. Following that, she shared a quotation regarding cheating that said, " A mistake is an accident, cheating is not an accident. . . . ' She then shared a photo of herself with the song Upgrade You by Beyonce playing in the background. Do you recall Beyonce' s upgrading and what it entailed? Yeah! 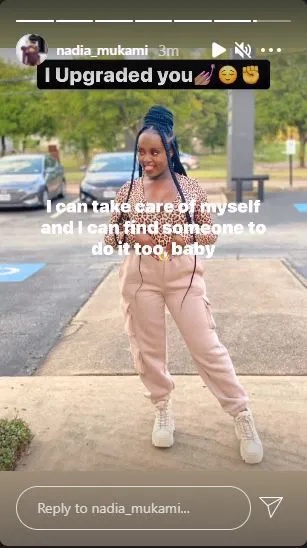 Nadia and Arrow Boy were on a joint tour in the United States. They' ve already shared a stage, based on the videos and photos. So, if they aren' t on speaking terms, talk about things getting awkward! What' s the first step in working with an ex? 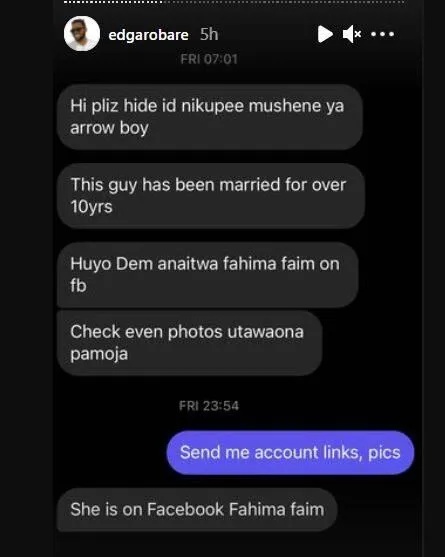 This isn' t merely functional. It' s standing on top of a stage and acting as though everything is fine. On the other hand, Arrow Boy still keeps Nadia' s photos on his Instagram. You know, fellas, he' ll finally repay the favor, and there won' t be a single photo of Nadia on his Instagram.

So, Are They Really Dating?

Do you still believe these two are deceiving us? No, I don' t believe so. They can' t keep us fooled for much longer. Do you want to go on a tour together? So, I' m hoping I' m correct, and I won' t tell you a different narrative next time. 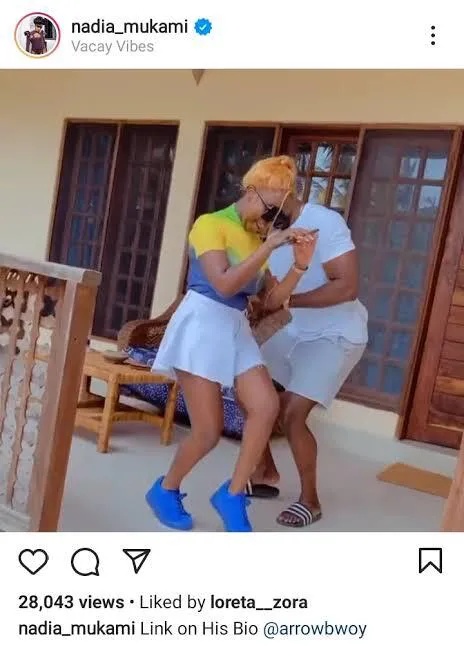 Nadia and Arrow Boy appear to be head over heels in love. Aren' t the photos they' ve shared on their Instagram accounts proof enough? They' ve firmly established themselves as one of the top five most- followed couples in the 254.

Fans assumed that they were attempting to gain clout, and that a song would be published soon after. Nadia and Arrow Boy collaborated on a song called " Radio Love, " and netizens assumed they were fabricating their relationship to grab the attention of their fans and followers.

Nadia and Arrow Boy followed through on their promise and released a song a few days later. Did you expect the pictures to stop? Wrong! Until they revealed that they would be travelling together, the two continued to express their love for one another.