Mutahi Kagwe is the current cabinet secretary of the ministry of health. He's been seen on the screens several times since the moment when we received the first COVID-19 case. So his usual announcements and allerts about health trend have made him famous. He is father to a popular music artist called Kahush. This young man does music and has gained a lot of fame from fans who like his talent. The entertainment industry recognizes him for producing the best artistic raps.

Last week we received news about the disappearance of Kahush when he was doing a live performance in Nairobi. He was kidnapped by unknown people which he later revealed were some of his friends. After he returned home, Kahush posted that he knows the niggas who kidnapped him and he's still on the way to hunt them. Before this wave settled down, he surprised his fans by posting a snap which raised many reactions. The post showed a photo of him wearing a woman's wig. 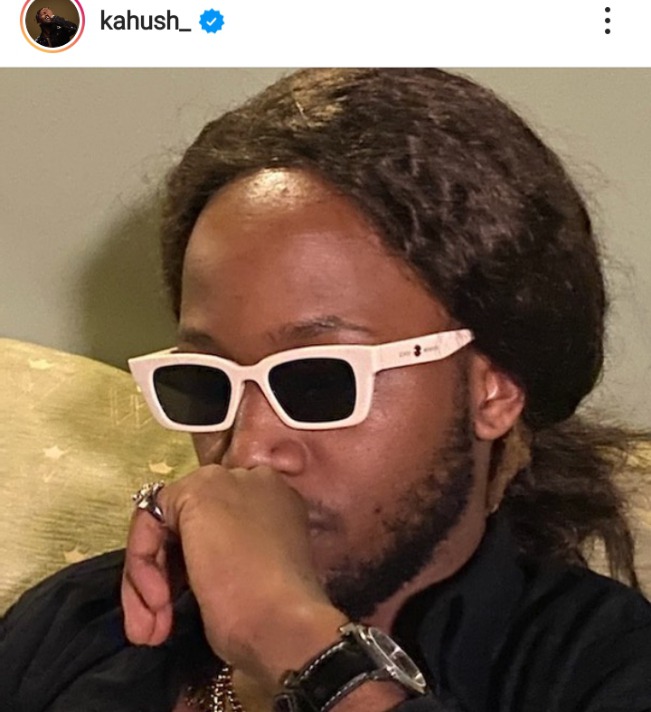 Everyone was left wondering what could be the issue with this guy. The fans replied to the post expressing their conclusions about it. Here are some of the screenshots of their replies. Kahush hasn't responded to any of them yet so maybe we'll be waiting for him to open up. 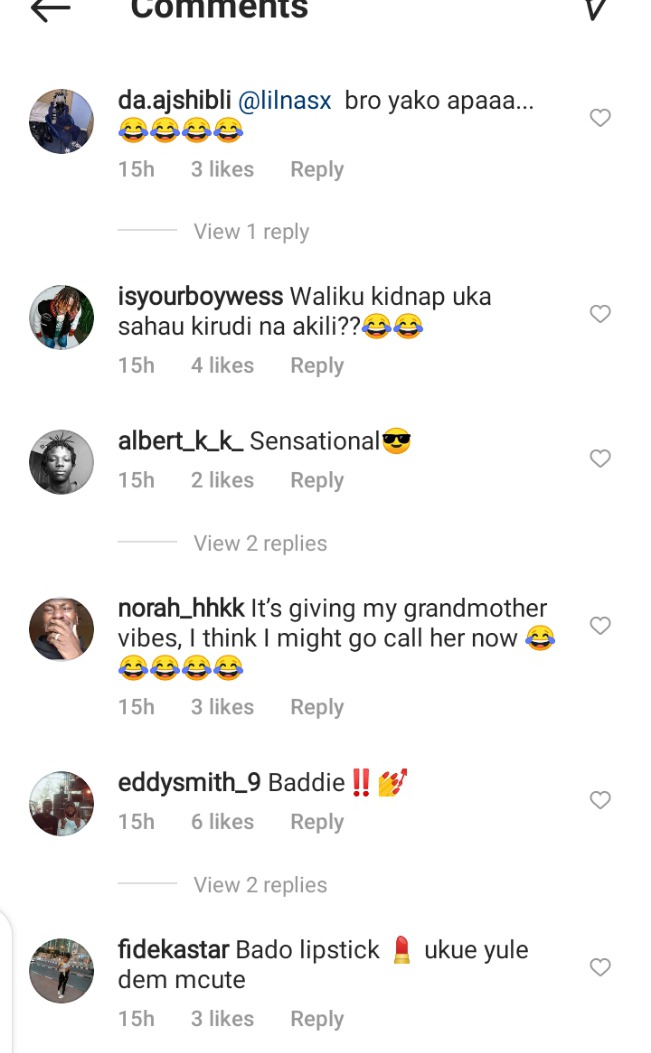 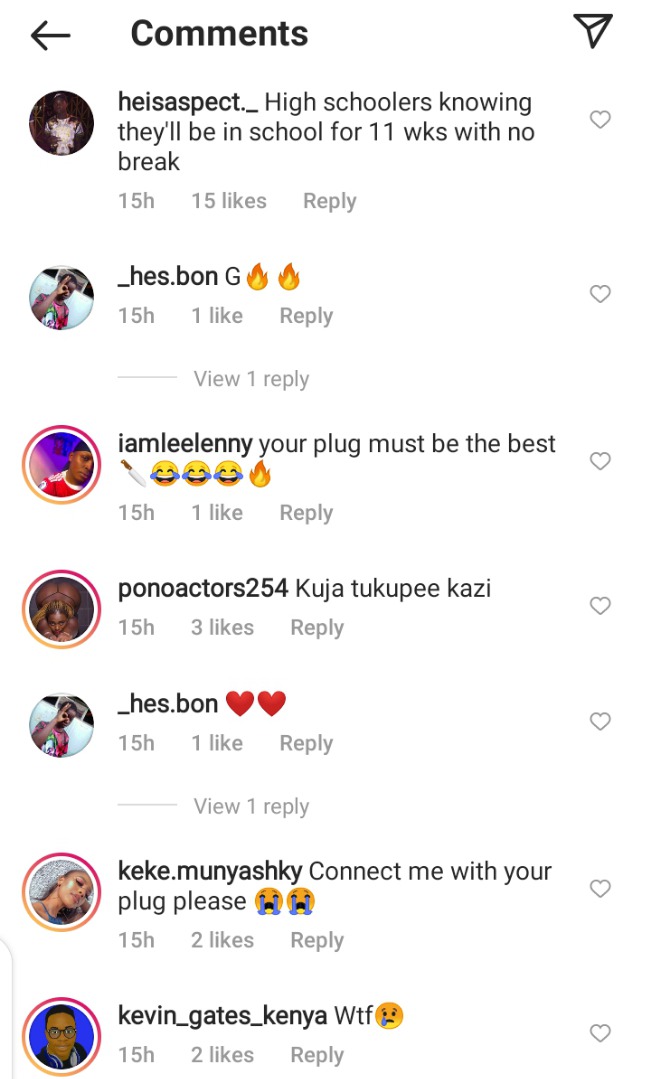 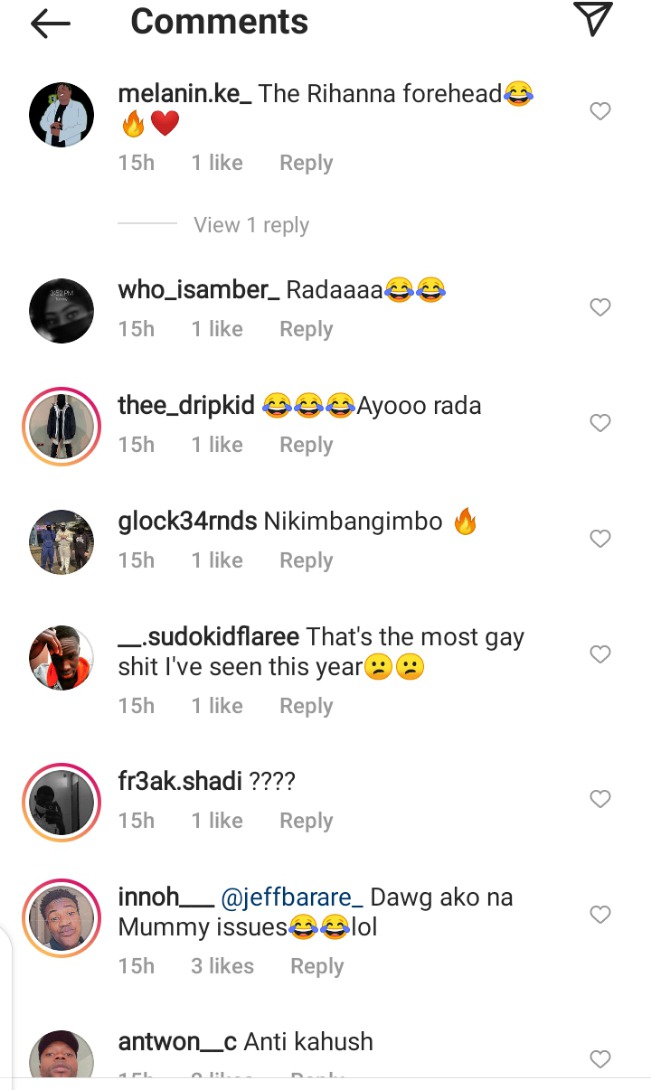 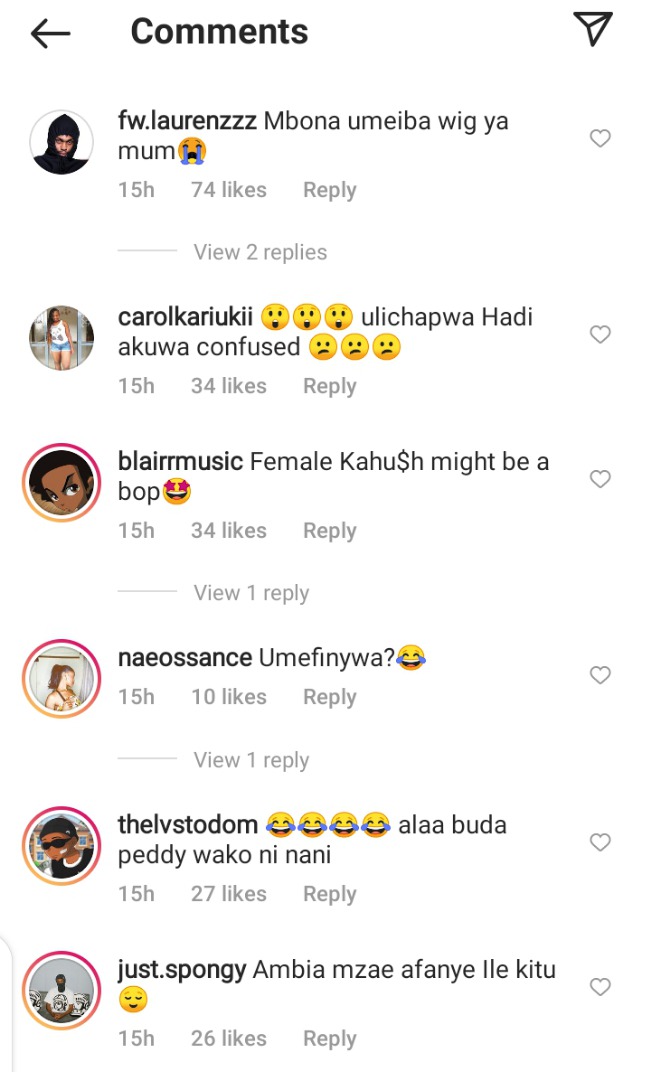