BREAKING: Comedian Will Smith Banned From Oscars For 10 Years After He Was Found Guilty Of This

By Ryan_Bryan (self media writer) | 5 months ago

The Academy of Motion Picture Arts and Sciences said on Friday that Will Smith would be barred from attending the Oscars for 10 years because of the “harmful behavior” he displayed when he struck the comedian Chris Rock during last month’s ceremony.

The ban came a week after the actor resigned from the organization following his violent outburst on the Oscar stage on March 27.

In an open letter released after a morning meeting of the academy’s 54 governors, the group’s president, David Rubin, and its chief executive, Dawn Hudson, also called Mr. Smith’s behavior “unacceptable” and admitted to not handling the situation properly during the telecast. 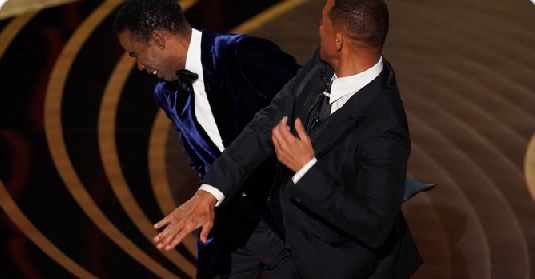 Mr Smith was all gutted by Chris Rock sentiments which seemed to target his ailing wife Jada. According to his fave appearance he grew rage before standing up and directly heading to the direction of the podium and hitting Chris Rock by a hot slap.