KRG the Don Desclose that Bahati and Willy Paul Ride on Each Other, They are Close Friends

By @ChiefKe (self media writer) | 5 months ago

Everybody has been seeing Willy Paul and Bahati going into each other through criticism.The latest beef between them have been seen after Willy Paul laughed off Diana Marua after he was asked about the song Hatutaachana in an interview.

The same day Diana went into an interview at Kiss 100 morning show hosted by Jalang'oo and Kamene Goro.She slammed Willy Paul for Laughing off his music.The Diana said that Willy Paul is afraid of her after he have seen that she has taken the industry by storm.

She said that she have come in the industry and she have overtaken many artist that why they are criticising her.

Willy Paul responded by saying that he can never be compared to Diana Marau and said that has nothing to be proud of because Bahati is buying her YouTube views. 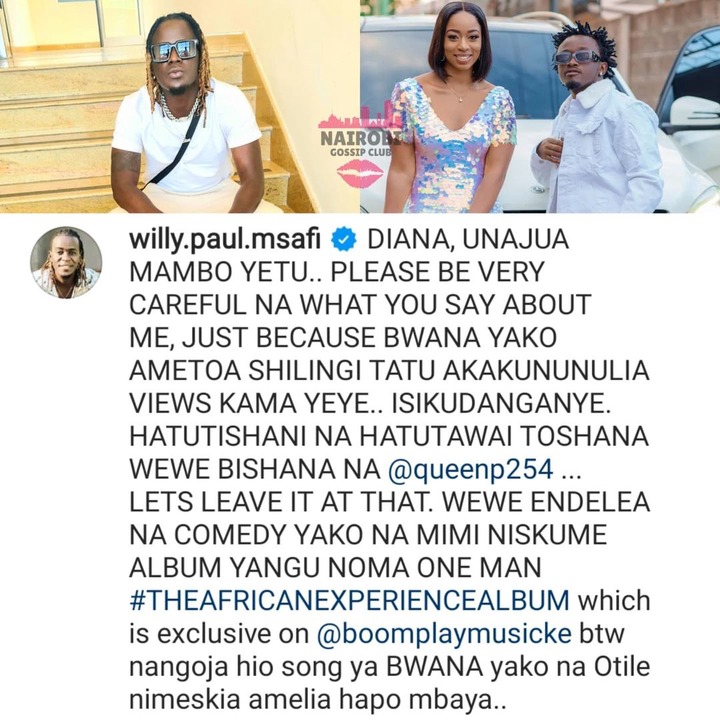 KrG the Don during an interview with Nicholas Kioko said that Willy Paul and Bahati are best friends who after all they sit down and talk.They usually ride on each other they don't have any been past the camera. Nawacha Pombe Remix Is Out