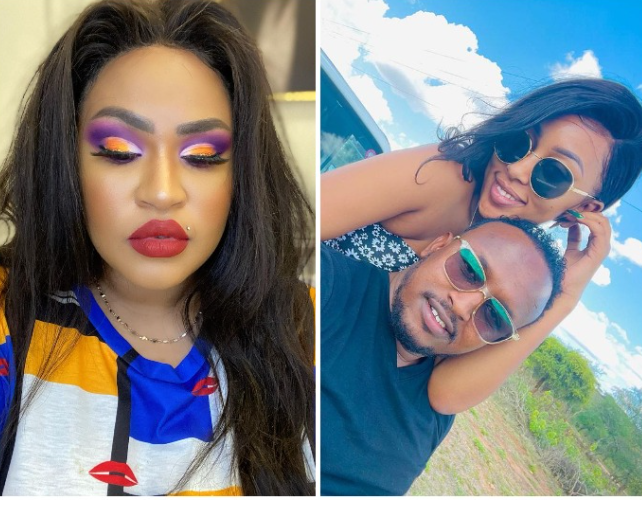 Men, forget what Amerix says; you are only the price if you have money.

Make your money and you will sample the most exotic of women. In fact, they will be unleashing Judo and Kungfu on each other to have and keep you.

That is the situation with Business guru Jamal Rohosafi whose two women have been tearing themselves online. What started as an Instagram brawl almost went south yesterday

Taking to social media in a furious rant, Amber Ray called out Amira for allegedly trying to bring her down and pretending to be innocent to gain pity from the public.

“To those that are telling me to let this matter go. I will block all of you. You guys don’t know the nonsense I take every day here. Being forced to be the bigger person because someone is constantly threatening to drink poison and give it to her kids too then coming to preach to you guys.

“Anyway, what do you expect from a woman who left her babies for 5 years to go and enjoy life in Dubai? Simply because our husband didn’t have anything then. And again if she is a good person why didn’t she find herself a white man to marry her there since they are not polygamous? Here in Africa sharing is a must,” she wrote.

Sharing a screenshot of a message purportedly left by Amira in Jimal’s car, Amber accused the mother of two of continually seeking attention from both her husband and the public to try and make her look bad.

“The other day I borrowed the Range Rover and got your ‘Ambassador of positivity’ has written this to me. Guys, I’m telling you, here things are harder than you think. Just pray for me to be able to afford mine. You keep saying you want a divorce just so that you can get attention, nonsense. People should start looking for jobs to do,” added Amber.

According to Amber, Amira should be grateful to her for saving Jimal from stepping out of their marriage, spending ridiculous amounts of money on women, and choosing to settle down. 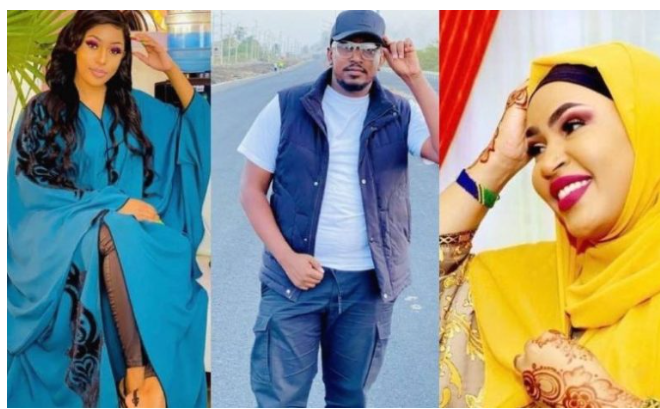 “Yes I am a second wife but I have not killed anyone. For your man to be sleeping around and spending Ksh 50,000 on different women every day, clearly shows I’m not the problem. So leave me alone, please. In fact, you should even thank me.

“I remember when she heard I was getting married she said she would rather have him marry someone else but not me, why? She even went as far as being friends with his other baby mama to try and bring me down yet they portray themselves on social media as humble people to gain sympathy,” wrote Amber.

Amber warned her fans against bringing up witchcraft theories to try and make sense of their situation assuring that she has not bewitched Jimal.

“You guys should also stop pointing fingers at the devil and witchcraft. Someone who has been bewitched does not care for his family the way he does. Also, Ramadhan was just the other day, don’t you know how to pray? Your work is to come on social media and try to get votes.

“I have said today I will not be the bigger person. Just because I am in the limelight you think you can step all over me or it’s because I’m the second wife? I have not killed anyone, people should learn to respect each other.”

In a rejoinder, Amira refuted Amber’s claims that she at one point contemplated taking her life and that of her children reassuring her fans that she is here to stay.

“My babies, mum could never hurt you let alone shame you. My supportive followers, all those DM’s saying that I have encouraged someone, and those that are always showing me love saying I’m leaving you… to go where? We have just met, we have so many wins to come and things to share. Even the food recipe we haven’t complete yet. This life is sweet don’t be lied to. There is so much to live for,” wrote Amira.

Drama ensued yesterday night in Syokimau after the infamous wives of the Matatu Owners Association Vice-Chairman, threw odious salvos at each other in a near fist-fight shenanigan.

Amira and Amber Ray were captured on a video exchanging unpalatable verbal jabs words, in what has now turned out to be unending co-wife abracadabra.

Amber, a mother of one is heard accusing her co-wife of organizing a gang, of women she christened ‘mamboch’ ( slang for house helps), to attack her at her Syokimau residence.

To which Amber hit back..

In a separate video, Amira is captured stating that she has a problem with Jamal and not her co-wife. She claims that Jamal, who was in the company of Amber Ray, called her as she was passing by and disrespected her in front of her co-wife.

Amber however claims that Amira’s gang is to blame since they came purposely to flush her out of her house. She maintained a straight face, stating that she will not be intimidated by Amira simply because she (Amira) is the first wife to Jamal.

She went on to say that Amira should humble herself and agree to share because she is not the one who seduced Jamal.

The confrontations attracted curious onlookers and neighbors who stepped out to witness the drama as it unfolded. Others tried to calm the two down but their calls fell on deaf ears.

Earlier on, Ray had alleged that her life was in danger and was even planning to move out of her Syokimau house.

“Can’t wait to move to my New Home #, Miss Independent… Thank you, God for ye Journey”

“Wooii, My current house nawachia my Mum… I know actually it hurts me to move but my peace of Mind will always come first”.