Georgetta Mboya Mageto, is a Kenyan movie commentator who is popularly Known as DJ Fish. If you have no idea, this is the same guy who was once called DJ Benje. This is the name he was given by his fans when he was starting his commentating job. 'Benje' is a name from sheng' language that is used by Kenyans to mean something or someone best. That means in early 2000 as he was beginning his commentating work he became the best of all the DJs within the territory he was in. 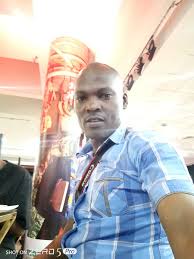 DJ Fish started his work as a live movie commentator in movie halls. According to his narration on Churchill show yesterday, fish was being paid Ksh. 800 per month from his first contract before he started earning a satiable salary. After his work had just become the best in town and almost every movie show owner wanted to hire him, George now thought the idea or recording and compiling his voice to the movies and could supply where he couldn't reach. He continued to expand his market until the movies could reach all parts of the country.

However, there was a day a man who used to buy his movies revealed how he had made him reach. The man could buy his movies and make many duplicates and sell different parts of the country. This made him make huge sales that made him very reach compared to DJ Fish. That was the moment DJ Fish decided to stop commentating since he was making other people rich as he remained the same place. According to him, stopped commentating the year 2006 till 2020 when he started on Rembo TV. The story was aired on NTV hosted by churchil. Please watch the video. Between DJ Fish and DJ Afro, who is the best movie commentator?