By Kenyafinest (self media writer) | 11 months ago 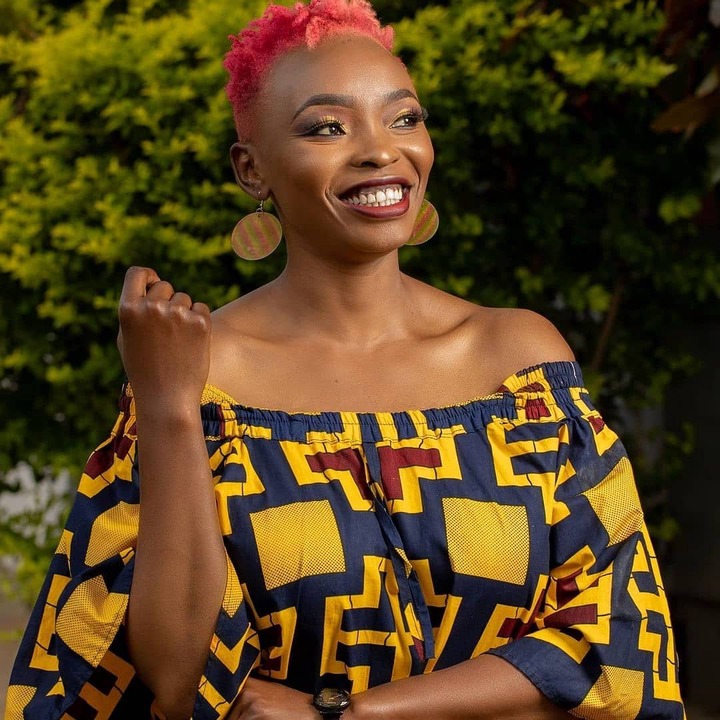 Luwi will take Vicky out to rest. Vanessa will bring her porridge to drink. Madam Vicky will tell that she sees Now Vee knows how to cook. Luwi will start laughing at her. Vee will ask him what he's laughing but Luwi will say nothing. The Father will get them all there. Luwi will greet Father "Praise the Lord?" Wah Luwi but you are saved. Father will thank Luwi and Vee for believing in him and for taking care of Vicky.

Father will ask Vicky she has three children but two are close to her but where is the third? He was about to die but now Luwi and Vee have saved him. He will tell them so that they know he has been through a lot .

Sonia will start calling Lorna insane but Lorna has courage today. Sophia will raise her voice claiming Lorna is digging herself a grave. Lorna will claim that she does not need Sophia or Sonia, she only need Victor.That is, today Lorna calls Sonia a fool.

Victor will ask Lorna does she think she can sleep with a low class person Like her? Lorna will tell Victor to go for DNA TEST.

Lorna will give the envelope she was given from hospital, Sophia take it from lorna. Sonia will ask Sophia what it is?

Sophia will tell them that Lorna has filed DNA TEST, they will be shocked.

Sonia will ask Victor so he cheats on Delilah? Victor will tell her to shut up or else he won't tell her anymore.

Victor will call Lorna and get out of there but Lorna will deny it and tell him he's the grab because of what he did to her 7yrs back. Sophia will ask Lorna what she means but Victor will claim She has no idea.

Lorna will tell when Victor was 2nd year in college for his bash he was drunk and found him in his room and he took advantage. Lorna will say enough intimidation so now what he does will be used against him in court of law. Victor will hold Lorna by strangling her but Sophia will tell him to stop, and If it is true? If they are not comfortable should they go to DNA? Victor will ask Sophia so she supports Lorna? Sophia will denied and If it would be true they be caught by gov't? Victor will claim it is a lie .Sophia tell victor to think because Now that they are known to other cases they have?

Salome will start looking at her phone.

He will get miss call from Daniel and Silas as well as his sms Daniel claiming to call reading the text.

Salome will call Daniel. Daniel will tell Salome that his life is in danger so to pack his things and go out. Salome will ask him what's u? Daniel will direct Salome to get back on the road Then get in the car that is out there. He will tell that's his driver, and he gives him the Phone. Daniel tells the driver to take Salome to a safe place as planned. Daniel tells Salome that when he arrives to break the sim card on the phone.

Daniel will tell Silas how Salome was to be finished with a knife. Maria will suggest Luwi should be given Security. Daniel will agree. He will pick up the phone and tell the person that he is demanding security and ghetto owners will continue to provide security because their lives are in danger.

Luwi will be talking with Lorna and tell her that he's doing it because of Gloria. Suddenly Mary and Silas arrive.

Vee will be playing with Silas while Luwi and Maria. Maria They'll start arguing with Maria Vee will watch. They'll start all their jokes laughing. Luwi will claim If there is something they are hiding it could be for their better ..

Content created and supplied by: Kenyafinest (via Opera News )